What Can Film and TV Teach Us About Investing?

Despite what you might think, media can provide some excellent examples of good (and bad) trading acumen. 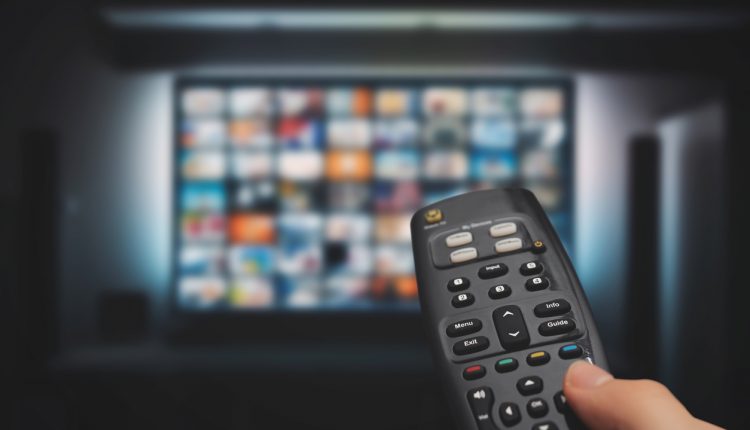 Financial markets have been the focus of many films, such as The Wolf of Wall Street and The Big Short. But with characters often getting rich by using risky techniques, or even illegal methods, they may not seem the most useful way to learn about investing.

What we see on screen can seem far-removed from reality, but that doesn’t mean we can’t learn anything from certain scenes or storylines. Their main aim may be to entertain us, but if you look past the drama and the artistic license there are some useful financial lessons we can learn from film and TV.

With characters making basic investment errors and other characters taking risky strategies, popular films and television shows can highlight some points that anyone looking to invest should consider. Rhiannon Philps, financial writer at NerdWallet, looks at some prominent examples below.

Don’t put all your eggs in one basket

Or, in investment terms, don’t invest all your money in one stock as this increases the risk of losing it all.

In Series 3 of Downton Abbey, Lord Grantham discovered this for himself. He was so convinced that a Canadian railroad company would flourish and return a huge profit, that he invested the lion’s share of the estate’s money into it. However, rather than making him money as Lord Grantham hoped, the company went bankrupt and his investment was lost. This put his whole estate at risk, and all because he staked his fortune on the success of one company.

Even investments that seem reliable and guaranteed to rise in value can underperform, so investing in one company or industry will always carry significant risk. However, if you diversify and invest in a range of asset classes such as bonds, shares and property, and spread your investments between different companies, industries and countries, you can reduce the risk of your overall investment portfolio falling in value.

Even investments that seem reliable and guaranteed to rise in value can underperform, so investing in one company or industry will always carry significant risk.

Even if one of your investments loses value, the performance of your other investments may help to balance out any losses and could minimise the impact of any major financial shocks on your finances. If you are uncertain about your investment choices and options, it may be worth seeking expert help from a financial adviser.

Investing in collectibles isn’t all about the money

Many people collect items like art, cars, coins, stamps, toys and other memorabilia, partly for enjoyment and partly as an investment.

The rarest collectibles can sell for eye-watering amounts at auction, such as the bottle of The Macallan 1926 Scotch whisky which sold for a record £1.5 million in 2019, so it can be tempting to see collectibles as an attractive investment option.

However, collectibles aren’t just about the money, as a scene in sci-fi comedy series Rick and Morty explained.

Jerry has a collection of special, limited edition R2-D2 coins, which he thinks may be valuable. He questions how much they might be worth, but he is reminded that their sentimental value and the enjoyment they bring him is more important than their financial value.

This can be a useful way to think of collectibles. While the rarest and most sought-after items can make a significant profit at auction, the majority will only fetch a modest sum and may not even increase in value at all.

Collectibles are a precarious investment, so trying to estimate what items will grow in value and be a good investment is difficult, even for experts in the respective fields. It’s not as simple as assessing their intrinsic worth, as the value of collectibles is very subjective and can depend on age, condition, rarity, and the demand at that time for that particular item.

While the rarest and most sought-after items can make a significant profit at auction, the majority will only fetch a modest sum and may not even increase in value at all.

People with knowledge of a specific sector, such as coins, would be better placed to assess how much a collectible item is worth, but it would still be risky to rely on making money from your investment as a profit is never guaranteed. Investing in collectibles purely for financial gain could end up in disappointment, which is why many collectors enjoy it as a hobby and not just as a way to make money.

Timing the market can be rewarding but risky

If everything plays out as you predict and you buy and sell at the optimum moment, then timing the market can be a very rewarding investment strategy. However, the unpredictability of the stock market makes this approach difficult and risky, especially for amateur investors who may not have the time or expertise required to get a good return.

The American comedy series Silicon Valley showed a character successfully managing to make money by investing in the right stock at the right time. Peter Gregory invested in Indonesian sesame seed futures after predicting that they would rise in value when cicadas infested the harvests of the other suppliers. This investment was a risk, but it paid off as things turned out as expected.

However, this high-risk approach could easily have gone wrong. While timing the market can seem an exciting way to make money, in reality, it is very difficult to predict the performance of stocks and time your investments successfully. If you buy or sell at the wrong time, you could miss out on growth and lose money compared to people who don’t try to time the market and instead stay invested for the long-term.

Particularly for those who aren’t investment experts, keeping your money in long-term investments and pensions while stocks fluctuate in value can be less risky than trying to beat the market.

Whatever you’re looking to invest in, whether it’s a stock or bond, a collectible item, or property, it’s always worth taking time to research your options. Impulsively investing in something without adequate research can backfire, and actually end up costing you money instead of making a profit.

A prime example of not checking what you’re spending your money on is the 1986 film The Money Pit. Tom Hanks and Shelley Long play a couple that buys an old mansion with a view to renovating it, only to find out after money has changed hands that it is in a much worse state than they realised.

The couple spent increasing amounts on restoring the house without fully knowing how they would pay for it, and they continued even when it may have made more financial sense to cut their losses. As the title of the film indicates, the house became a “money pit” rather than a good investment.

Had the couple waited to get the house properly surveyed and worked out a budget for the necessary repairs and renovations, they could have saved themselves a lot of time and money in the long run.

If you’re buying a property, looking to invest in stocks and shares, or making any other major financial decision, research is key. Although all investments come with some risk, researching the advantages and disadvantages and balancing the potential gains against the possible risks allows you to make a more informed decision as to whether something is the right option for you.

WARNING: NerdWallet cannot tell you if any form of investing is right for you. Depending on your choice of investment, your capital can be at risk and you may get back less than you originally paid in.