How Seriously Should Investors Take the Bank of England Governor’s Cryptocurrency Warning?

Interest in cryptocurrency has been steadily building for many years now, but things really came to a head in 2021, where its total market cap surpassed $2 trillion for the first time. Millions of people around the world believe decentralised digital cash is the future and investing in it now could be the key to unlocking their fortunes. However, Governor of the Bank of England Andrew Bailey recently issued a stark warning to anyone attracted to this seductive asset class. 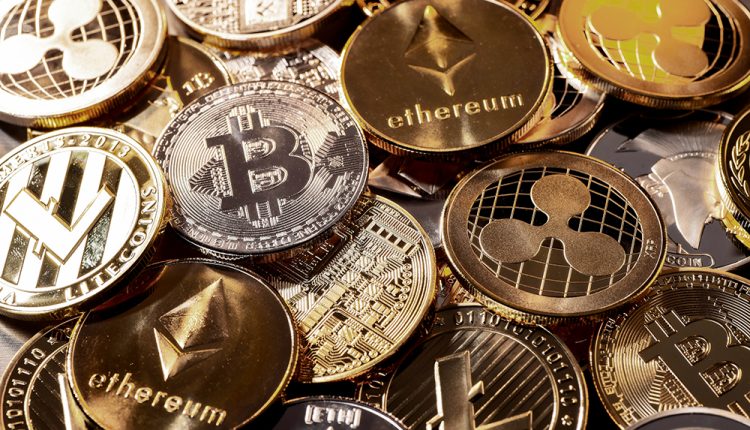 There’s no denying that cryptocurrency is a very divisive subject, inspiring fans and critics alike to voice their opinions on its worth. Would investors be sensible to take heed of Bailey’s advice and steer clear of crypto, or would it be very naive to write it off just like that?

The ‘value’ of cryptocurrency is unclear

Firstly, Bailey is correct in saying cryptocurrencies have no intrinsic value. However, neither does the pound sterling or other fiat currencies, which only hold value due to the trust people place in the respective governments, and the fact that the relevant parties maintain or agree on their value. And although the value of cryptocurrencies can be manipulated, fiat currencies can be devalued overnight if central banks decide to print more money, for example.

That said, Bailey’s comment on extrinsic value is significant. For example, unlike fiat currencies, the fact that there is only a limited number of bitcoins means people undoubtedly place extrinsic value on the cryptocurrency. Yet the fact of the matter is that, at present, cryptocurrencies only exist to be bought and sold rather than be used in any practical capacity. As such, market value doesn’t reflect the ‘true’ value. Just look at the unbelievable rise of Dogecoin in the last few months. Although it was initially set up as a joke, it reached a market cap of over $80 billion in May (it dropped off after Elon Musk joked about it during his Saturday Night Live appearance).

Essentially, investors are speculating on coins that offer nothing in material terms, and many are doing so due to ‘Fear of Missing Out’. FOMO can trigger irrational behaviour when money is involved, and many people are seduced by stories of those who made fortunes out of cryptocurrency. We know these gambles can result in impressive profits, but the very nature of cryptocurrency makes it an especially risky asset.

Cryptocurrency volatility can be dangerous

Cryptocurrency is one of the most volatile assets around, and this is precisely why so many people are drawn to it. Huge price swings mean that investors could make hefty profits in a short space of time, but it also means that losses can accumulate just as fast. So, Bailey has a point when he says “prepare to lose all your money” — if the value of a cryptocurrency suddenly drops by hundreds or thousands of pounds, investors could be very badly burned. Only in February did Bitcoin experience its highest ever daily price drop, losing $10,000 in the space of 19 hours. There was another sharp decline in May when Bitcoin halved in just 9 days.

On the other hand, investing always comes with risk, no matter what assets are involved. Companies and even countries can go bust and cost people their investments for a number of reasons, whether that’s a poor business model or too much debt. Cryptocurrency is arguably more high-risk simply because it is an incredibly complex technology that is difficult to fully understand. Nevertheless, the rules for investors speculating on cryptocurrencies are the same as they are for other financial instruments: conduct thorough research, exercise due diligence, and never risk money they can’t afford to lose.

Regulating cryptocurrency is a serious challenge

Regulation is a big concern when it comes to cryptocurrency given the fact it can be exploited for criminal purposes like money laundering and fraud. One of the most famous examples of this is OneCoin, a Ponzi scheme promoted as a cryptocurrency that brought in approximately $4 billion worldwide according to US prosecutors. Unfortunately, cryptocurrency is very difficult to regulate, though certain countries such as China have launched measures in an attempt to crack down on crypto activities. Ultimately, governments need to strike a balance between protecting investors and consumers without hampering innovations that could have overwhelmingly positive impacts on our financial systems.

Bailey isn’t the only regulator to recently issue a warning about cryptocurrency. Gary Gensler, the newly appointed head of the US Securities and Exchange Commission (SEC), has suggested the need for greater regulatory oversight of exchanges trading crypto assets to instil more confidence. He added that he had asked Congress to consider this issue.

In the meantime, there is a lot of uncertainty surrounding cryptocurrency exchanges that investors must be aware of (this is why we do not currently offer cryptos to our customers at Trade Nation). That said, if the regulatory environment was to change, the outlook could look quite different. The best advice for anyone interested in cryptocurrency is to tread carefully, prepare for risk, and only invest within their means.