The Global Financial Crisis which began in 2007 is still with us, and we are moving on to a new stage - inflation. UK Inflation has risen to 2.5% raising the prospect of a letter from the Bank of England explaining why. The headline US CPI data was even stronger 5.4% year-on-year, and 0.9% in June. Inflation matters. It is critical to bonds and long-term returns. Financial commentary is awash with analysis of how the Fed, BoE and ECB will all hold off from any hint of “taper” response to inflation in order to keep markets from collapsing. 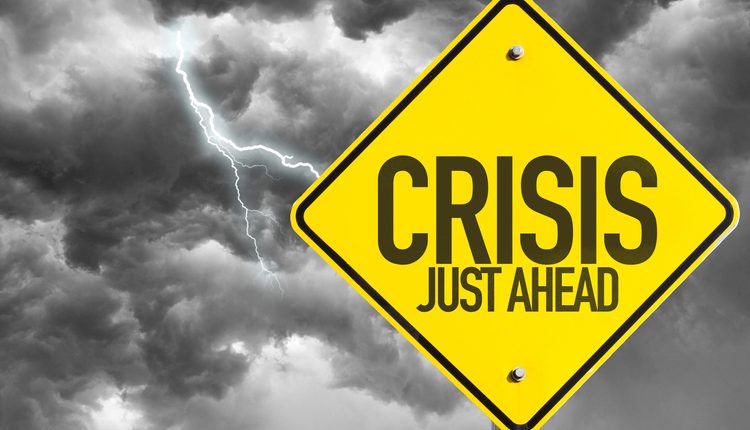 The brutal reality is the Central Bankers understand the levers they pull no longer function as they once did. The stark reality is Central Banks have no answer to inflation except to hope and carry on. They are caught between the Scylla of inflation and the Charybdis of a market collapse. This is why so many analysts are confident the markets will win out and keep going higher because central banks have little choice but to keep up the stimulus.

Most of the market is fixated on what the S&P does, what new high the NASDAQ will make this month, or where Amazon is going to top this quarter. They have the vision of a blind man when it comes to anything much beyond the end of their one-year time horizon. Even the bond market seems blind. The market is so focused on the short-term and ignoring the consequences of the last 10 years of QE, monetary experimentation and easy rates, that it’s blundering into the next crisis. Inflation matters, and it has jumped from financial assets into the real economy.

The reality is investment should be about the long term. If you ignore the future in favour of short-term gains, it makes it very easy to dismiss the evidence that inflation is actually a very real issue.

Lots of smart non-financial assets funds do understand that and see just how horribly distorted markets have become. That’s why they are so keen to diversify out of corrupted financial assets and into real assets, the hot part of the market.

Going back to inflation, the outlook is complex. For instance, it’s possible to argue the rise in commodity prices is a factor of hoarding. Manufacturers anticipating a surge are preparing for massive post-pandemic demand. The spikes in commodities from copper to lumber are now in reverse. This supports the market’s contention the inflation number is something of an overshoot.

Oil is an outlier. OPEC is a monopoly price setter but it is going through yet another of its periodic organisational crisis resulting in a spike that’s proving difficult to hedge. Owning oil is not a pleasant outcome for anyone as we saw last year when traders found themselves owning negative priced oil when storage was unavailable.

If you ignore the future in favour of short-term gains, it makes it very easy to dismiss the evidence that inflation is actually a very real issue.

There are some of the important underlying trends in the economy like used cars, where prices are rising. It hints that it is details of specific inflation factors in each price that are important. We’re all aware of the global shortage of chips enabling carmakers to cut production and create scarcity, pushing up new car prices, dragging second-hand values higher as consumers seek alternatives. On the other hand, new car prices have been rising for years, with higher costs “justified” by the increasing amount of tech junk put into them. As the EU announces it will outlaw new internal combustion engine vehicles by 2040, I wonder if we are going to see a new countertrend develop. To explain, consider the Land Rover. A 10-year-old low milage, full-service history, Range Rover in immaculate condition may be worth £16,000. A 20-year battered Defender with zero documents is worth £32,000. But you can fix it with Gaffa Tape, WD40 and a hammer.

However, inflation complacency may be the least of Central Bank worries. You may have spotted an increasing number of breathless articles from around the globe on House Price Inflation.

Everywhere on the planet the affluent classes – those with savings, who’ve done well from lockdown, and already on the property ladder – have been driving an uptick in property. It’s debt-fuelled and an illiquid market. No one sells till they see what they want to buy, and the ladder is actually a pyramid, with fewer assets on each successively higher rung.

The result is record home prices nearly everywhere. This week US Fed Chair, Jerome Powell and US Treasury Sec Janet Yellen are going to chat about it at the Financial Stability Oversight Council. A body was set up in 2010 to identify excessive risks to the US Financial System after the financial crisis. About time. Housing is frothier than 2007 according to the Case-Shiller US property value index.

Rightly, Janet and Jerome are concerned a second housing bubble bursting could shake the foundations of finance again. However, this time will be different. The housing market is not vulnerable to a massive number of low-credit-score mortgagees defaulting, but to a large number of affluent middle classes suddenly finding themselves financially stretched, on a rung of the ladder they can’t afford, and sitting on negative equity when the bubble bursts.

In the UK, we live with negative equity. In the US, you walk away. Whatever, these consumers consume less.

The structure of the market has also changed. Banks don’t lend anymore. They broke their risks off to the investment sector. In the case of US mortgages, the risk is pushed back to the government through the Mortgage-Backed Bond buyback schemes, and to the non-bank financial institutions that now finance, originate and service mortgages.

This is going to be the really big problem of the next stage of the Global Financial Crisis. Smart money has been loading up on real assets on the basis they are decorrelated from the increasingly corrupted financial asset sector, but the reality is real assets from property, private equity, secured lending, aircraft, shipping, you-name-it, is now getting just as frothy as a result of all that inflation tied up in financial assets now spilling into the real economy.