Why We Should Not Underestimate London’s Lasting Appeal

“London has lost its appeal”. This is a headline that I have read regularly over the past 18 months. Indeed, throughout the pandemic, there has been a tendency to extrapolate short-term trends and suggest they are indicative of a “new normal”. Suggestions that the capital is losing its draw as a place to live, work and study is a prime example of this. 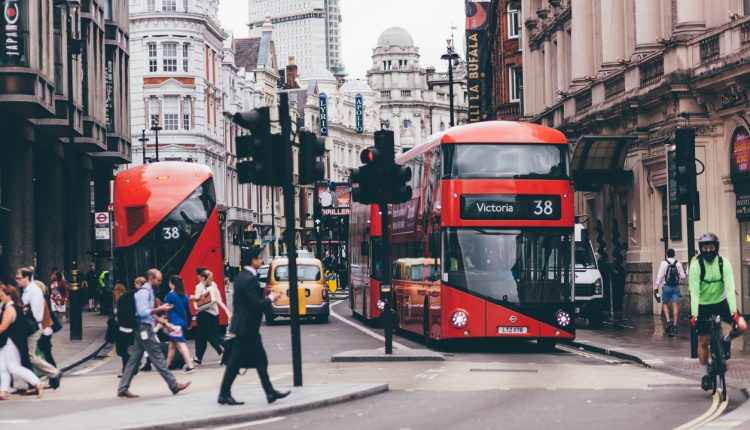 Alpa Bhakta, CEO of Butterfield Mortgages Limited, explains why the appeal of England’s capital is not be underestimated.

Making such bold predictions about the lasting changes that will come about as a result of the Covid-19 crisis is problematic. Since early 2020, consumers and businesses have been confined in what they have been able to do due to health concerns, economic disruption and unprecedented levels of state-sanctioned social distancing measures. These have been truly unique circumstances, which means it is difficult to assert exactly how people will act when the threat from the virus abates. Returning to the initial point, then, I find the assertion that London is in the midst of a “mass exodus” hard to accept.

First and foremost, it would be wrong to assume there is a one-way direction of travel, with people and even businesses departing London. After all, people have left London in large numbers for decades. In fact, between 2009 and 2019, it is estimated that about 550,000 more Britons left London than moved to it. However, crucially, the population grew in this period thanks to both the higher birth rate within the Greater London area, and net migration to the city.

From families leaving London to find more spacious homes, to people retiring and looking for a quieter life outside of the city, there are many reasons that people would choose to leave. The rise of remote working, combined with the increased demand for properties that have gardens or spare rooms that can be home offices, might have contributed to more people considering life outside of London during the pandemic, but the numbers are not huge, nor is there nearly enough data suggest this will continue as Covid restrictions ease. Hamptons’ data shows that London leavers purchased 73,950 homes outside the capital in 2020, which although slightly higher than the past four years, is not striking. The table above highlights that in spite of all that has been said, it was largely in keeping with annual averages.

The draw of being in London remains strong

In a recent interview, Tom Walker, a Schroders fund manager specialising in global cities, said: “The media is focussing on the people who are moving “away” from the city and not on those who are moving to the city, especially younger people.  “So far, the data is telling us that those that are moving away are not moving very far, only to the suburbs. People understand that they cannot be too far from the city, both from a professional and personal point of view.”

It is a view that certainly mirrors our experiences throughout the pandemic. Our existing clients are showing little sign of wanting to sell or leave the capital, while London’s prime property has remained in demand among both domestic and international buyers. Research by Astons, the international experts on real estate, residency and citizenship through investment, has underlined that London remains one of the prime global real estate markets. Meanwhile, figures from Benham and Reeves have found that buyer interest in London’s £2 million-and-above properties has risen throughout 2021. Such data is indicative of London’s lasting appeal, pandemic or no pandemic. There is a long list of reasons that it lures in people from around the globe.

For one, the city is a prominent centre for business and commerce. Neither the pandemic nor Brexit has undermined that fact. Indeed, it recently recovered its place as Europe’s leading trading hub, while the latest Global Financial Centres Index ranked London as the second-best financial centre, behind New York. It boasts several world-leading universities (four in the top 50). Add to this its transparent legal system and strong tradition of rule of law. Then, of course, there are the thousands of cultural sites and activities, as well as the hospitality and leisure venues on offer.

When all these pull factors are combined, it is hard to see an exodus of people from London. People will leave the city – they always have and always will – and the pandemic might result in a slight uptick in these numbers. But the appeal of the capital, well established for centuries, is going to remain for decades to come.