5 Ways Banks Can Get Ready for Digital Currencies

Following the European Central Bank’s (ECB) decision to launch its own digital currency, Geraint Chamberlain, Product Director at Target Group, shares his top five tips on how banks can prepare for the rise of digital currencies. 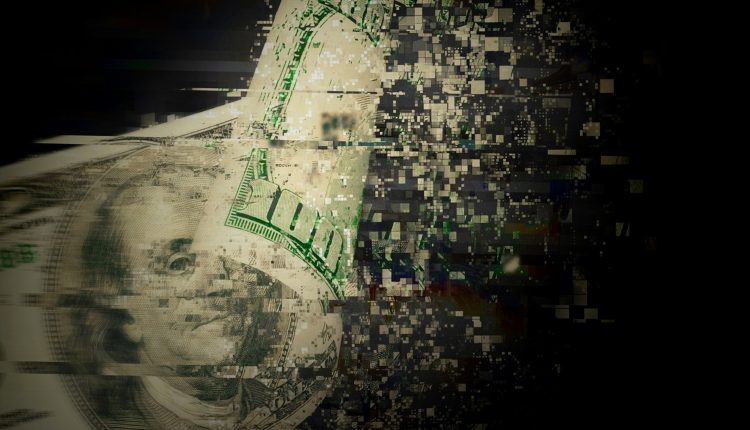 In July, the European Central Bank (ECB) announced its plans to launch a digital currency. In response to a rise in online payments and the potential threat that could come from others issuing a digital means of payment, the ECB has decided to press ahead with its own digital currency. This aims to help protect its monetary sovereignty by attempting to limit the use of rival means of payment.

This will not be a quick process. The next two years will be spent on design and tests, followed by a launch three years later. However, the announcement highlights that traditional fiat currency won’t be the sole payments method in years to come. Of course, this move does not mean the same will happen for the UK, but with Rishi Sunak and the Bank of England making warm noises about digital currencies, it’s unlikely the UK won’t follow suit.

Of course, there are many questions swirling around digital currencies – namely if they’ll be a digital version of cash, if they will eventually replace cash or just simplify cross-border payments – but the fact of the matter is cash appears to be becoming digital, meaning banks need to get ready, even if the day-to-day reality could be years away.

Taking a step back from this new development, it’s fair to say financial services was already in flux, with the pandemic turbo-charging many of these shifts. Previously, banks, building societies, pension providers and wealth management had defined roles within the market, and whilst there was some interaction between the providers, people had their pots of money and tended not to move them around. In short, loyalty mattered. But this, like many other aspects of financial services has now changed. New entrants are flooding the market and offering platforms that bring vendors together thanks to Open Banking enablement. Therefore, consumers are flooded with choice. It’s now simple to amalgamate pensions or to transfer ISAs to get a better rate. Plus, with digitalisation, self-service is now positively encouraged. One clear example being online brokerages disrupting the investment space and allowing consumers to own snippets of companies, instead of requiring payment for full shares. Consumers are used to a digital financial life – so why not extend this to currency?

The world is moving towards a more digitised way of life – and banking, payments, savings and investments are certainly part of this shift.

No matter where a company sits within financial services, it’s clear that if digital currencies become reality, firms will need to accept them, which throws up multiple issues. Integration with fiat currency is perhaps the most pressing.  However, the growth of cryptocurrencies over the last five to ten years and their recent acceptance by large institutions, shows there’s a clear trend. Financial portfolios should no longer be cash, bonds or equities – a small exposure can be digital. For me, this coupled with the concept of digital Pounds, Euros, Dollars or Yen, signals it’s time for banks to start thinking at the very least what measures should be put in place to lay the foundations for adoption. Surely commercial entities could benefit from showing customers they’re ready to take action, and providing an alternative to investment platforms as a source and store of these assets?

But what’s required? Here are five key aspects which can help determine a starter strategy.

Like any fiat system, digital currencies would need to be considered critical national infrastructure – meaning uptime and defence are impenetrable 24/7, 365 days per year. Aside from this requirement, the new system would need to be protected from cyberattacks, whilst also handling high volumes of transactions. Systems should be able to process transactions immediately (or as instantaneously as possible) along with having strong privacy protections.

For banks looking to support and facilitate a lot of this traffic, leveraging blockchain seems the most logical choice, as the roles they will play in these transactions will be different to a normal transfer. Whilst money may well flow from one account to another, banks will also likely be responsible for updating the record of who owns which Central Bank Digital Currency (CBDC) balance. Of course, technicalities are still to be worked out as to how money will move around, but it’s likely the CBDC itself would be a cash-like claim on the central bank. This way, the central bank avoids the operational tasks of opening accounts and administering payments. Banks can continue to perform retail payment services, meaning there are no balance sheet concerns with private sector intermediaries. This in turn helps boost operational resilience, as this architecture allows the central bank to operate backup systems in case the private sector runs into technical outages.

The potential introduction of digital currencies will be a testing experience for many – especially while we don’t know if it will come to fruition, or how it will work. Inevitably that will lead to a lot of speculation. One thing is for sure though, it may well require an overhaul of technology to integrate it, which will have repercussions for the IT stack. Unfortunately, technology to support such initiatives are likely to be considered ‘new’ to the majority of existing financial service organisations.

It’s well known that many banks struggle with legacy technology. They are not alone in that and big names across other industries have the same problem. The problem the banks have is that they’ll be the ones facilitating most of the transactions, whereas other players (retailers, for example) will mostly be receiving them. Whilst I don’t believe integration won’t be a problem for newer neobanks, they are in a far stronger position than their older rivals. Now is the time to get on the front foot and start thinking about what transformation will be required to help set the traditional banks on the right path. This includes safeguards which have been a criticism of cryptocurrencies – how to implement anti-money laundering protections, so the same due diligence a traditional banking service provides is applicable to its digital twin.

The whole concept of digital currency is an interesting one, based on the fact they add an element of decentralised finance to the country’s monetary policy. Of course, they will need to comply with current protocols, but they’ll also challenge how these protocols work.

To enable peer-to-peer transactions, digital currencies will need to make use of centralised governance frameworks that are authoritarian in nature — i.e., controlled by a single body. However, centralised blockchains are slower. Decentralised solutions like distributed ledger technology could make transactions quicker and more streamlined. To achieve widespread adoption, transaction speeds need to be efficient (much like an online bank transfer) otherwise consumers will not want to switch.

Decentralisation would also enable individuals to own their own wallets (akin to cryptocurrencies) and have their own private keys to help bolster security. This can help avoid data breaches and reduces risk. If a hack were to occur, it would stop one, single large fund being stolen – just a single person’s funds. Whilst this is a terrible scenario, it would be catastrophic if one pot were accessed. It would undermine any faith in the system.

Simplifying cross border payments could provide benefits in terms of e-commerce, travel and the labour market. However, it will have significant requirements, such as aligning regulatory, supervisory and oversight frameworks, AML/CFT consistency, PvP adoption and payment system access. The eventual international adoption of digital currencies is also likely to proceed at different speeds in different jurisdictions, calling for interoperability with legacy payment arrangements. Whilst this sort of information will likely come from G20 discussions, banks need to start addressing how to facilitate this and how this can be achieved within the current stack.

Whilst not a technical point, banks will likely share responsibility with the Bank of England in communicating the launch of any digital currency and how it will work. Provision and service is a key differentiation. We also need to acknowledge that the recent volatility in cryptocurrencies may make consumers wary of adopting digital currencies, which impacts their adoption. Being able to clearly communicate how digital currencies will integrate with current offerings and the benefits of this early, will help with customer uptake and acquisition.

Although the adoption is still conceptual, thinking about potential customer provision and how it might be integrated into current platformification/product offerings can help with service design and ultimately, user experience.

The world is moving towards a more digitised way of life – and banking, payments, savings and investments are certainly part of this shift. Financial institutions have had to manage this evolution already, so in some ways, a digital currency is a logical next step. For it to survive, however, the necessary infrastructure must be present for it to thrive, which banks can provide if they put the necessary building blocks in place now. The change will not happen overnight, or potentially in the next five years, but to win the hearts and minds of customers, provision will need to be seamless – placing customers at the heart.