Buy Now Pay Later: How Does It Work And Is It Safe?

We've all done it. You reach the online checkout and get the option to split the order into 'three easy interest-free payments.' Free credit is a consumer's dream, financing expensive purchases well before payday. Buy now pay later offers you choices to delay a payment or split the cost over several equal instalments. But, with little regulation around buy now pay later finance, is it as clear cut as it seems? Let's look at the exponential growth in pay later firms and the pitfalls you need to steer clear of to keep your head above water. 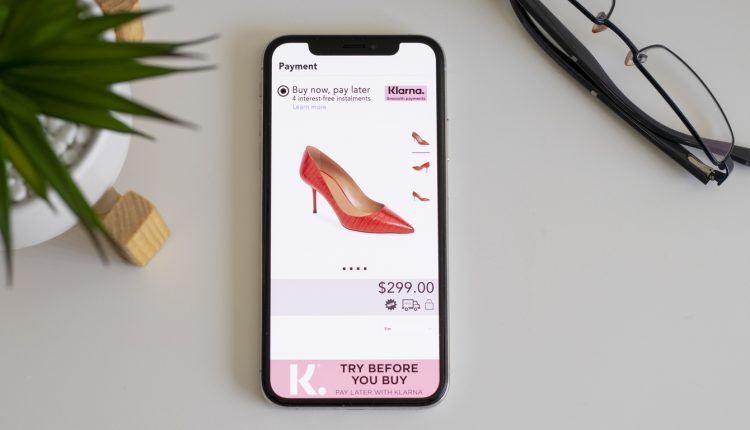 Online shopping has been prevalent since 1994, ramping up when eBay hit our screens a year later. When the pandemic rolled over us all like a shockwave in 2020, consumer behaviours changed. Driven indoors by national lockdowns, we took to the Internet in force. The retail industry stats show that:

And thus, demand for “buy now pay later” followed suit, seeing the potential to encourage more spending, bigger purchases, faster, quicker, NOW. This trend is causing concern for financial industry experts because when we’re spending cash we don’t have (yet), there will always be potential for trouble.

The big-name contenders don’t charge interest, and that isn’t elusive marketing – they don’t. But let’s not fool ourselves that this is a charitable endeavour. Not that these big firms wouldn’t have you believe otherwise; Klarna mentions in a recent blog that ‘nobody is interested in paying interest’ and laments the £660,000 an hour the UK credit card companies make. The key is that buy now pay later providers don’t charge interest. And boom, that means immunity from FCA regulation.

There are fretful murmurs that these firms could ‘become the next Wonga’. If your memory is hazy, when Wonga, the original payday loan company, first revealed their website and innovative method of digital lending over fifteen years ago they essentially created a brand new financial product that nobody had seen before. As such the brand new industry was unregulated by the FCA.

Customers ended up with debts they couldn’t repay, and spiralling interest charges created an impossible situation for many. This resulted in the FCA imposing significant reforms to the industry to better control who was eligible for such credit, and the conditions under which loans are agreed. The resulting fallout killed off a majority of the payday lenders entirely, while other brands restructured the entire nature of their core financial products to be more discerning and much safer for the public to use.

The payday loan phenomenon is a cautionary tale of what happens when consumers get open access to borrowing without stringent enough credit and eligibility checks, showing just how serious the issue becomes when left with zero regulation.

What Costs Are Associated With Buy Now Pay Later Providers?

Provided you use a reputable buy now pay later provider and continue to make your payments on time, you’re pretty secure. However, the issue arises when you make multiple purchases, start accumulating late fees, or take up an interest-free offer from simultaneous retailers since it’s probable more will begin launching a replica model.

If you fail to make your payments, you are looking at between £6 and £12 in an initial late charge. Maximum penalties stretch up to about 25% of the order cost. Bear in mind that’s per order, and you can appreciate the calls for tighter regulation to prevent vulnerable consumers from falling into another debt spiral.

Should you opt for a buy now pay later scheme and are confident you can budget accordingly, then spend away. However, while you’re not paying interest, you will fall foul of charges and penalties if you start dropping behind.

3 UK Funds That Could Help To Hedge Against Inflation