Why Web 3.0 Will Redefine The Digital Landscape

The arrival of Web 3.0 has been heralded as the new paradigm in web interaction. Chris Starkey, founder and director of NexGen Cloud, explores what the term really means and whether it will actually change our lives. 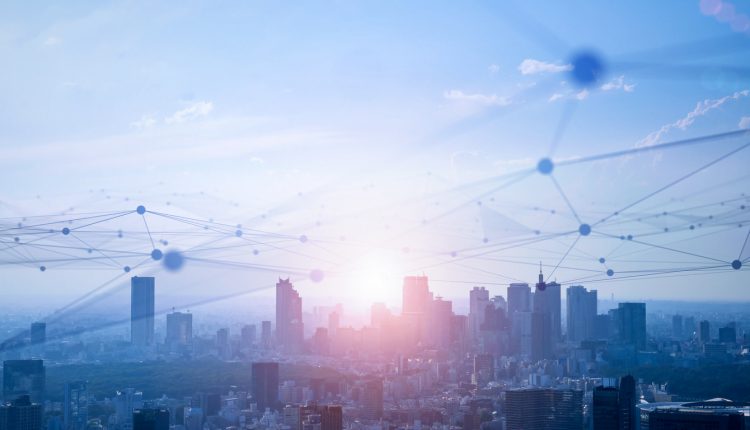 If Web 2.0 took the world by storm by transitioning from the original “read/write” internet model to an interactive medium, where information transfer became a two-way street and social media platforms emerged, Web 3.0 will blur the conventional lines between the digital and physical realms, through the advancement of artificial intelligence, distributed ledger technology, virtual reality and decentralised data networks. But perhaps even more strikingly, the web’s latest evolution may very well prove to be a leap forward towards a truly open and democratised digital landscape.

As we cross the threshold into the Web 3.0 era, users should prepare to enter a web dimension where the people, places and physical aspects of life as we know it break into the virtual world. Through the integration of virtual and augmented reality technologies, Web 3.0 will incorporate a third dimension to users’ browsing experience, enabling immersive interactions. More importantly, its evolution has the potential to redefine the way we experience the world. What was already a vital tool of human interaction, undeniably embedded in our everyday environment is on the verge of becoming even more indispensable.

To put it simply, websites have been gaining more and more features over the years. The once static webs that defined Web 1.0 led the way to the so-called “Social Web”, which enabled richer methods of user interaction. The term Web 3.0, coined by The New York Times reporter John Markoff in 2006, refers to the third generation of the web, which is deeply reliant on the use of machine learning and artificial intelligence (AI).

Often defined as an ‘intelligent’ internet, it aims to facilitate faster, ubiquitous connectivity. Astutely built upon extraordinary technological innovations, the next stage of the web evolution will operate on a machine-based understanding of data, capable of processing information with near-human-like intelligence. The projected outcome is a breakthrough towards a decentralised web space where content creation and decision power is shared by human and artificial intelligence alike.

Paving the way towards a decentralised gateway

In 1991, British software scientist Tim Berners-Lee radically changed the course of technology with his development of the World Wide Web. At the time he was working at the European Organisation for Nuclear Research in Geneva and realising the challenges of navigating and sharing research between thousands of scientists across incompatible computers. His creation was developed to enable the automated exchange of information on a global scale between scientists and organisations. Indeed, the first-ever web page described the project’s mission as a way “to give universal access to a large universe of documents.”

Web 3.0 in many ways signifies a return to the original web Berners-Lee conceived, where there is no central authority presiding over what is shared, by whom and when; his vision defiantly emboldened by the principles of data sovereignty, universality and decentralisation.

With blockchain technology at its core, it is the driving force powering the possibility of a decentralised infrastructure that could in time displace Web 2.0’s existing centralisation at the hands of tech giants, rendering the role of major search engines and platforms as ‘gatekeepers’ irrelevant in the future ecosystem.

Understanding the impact of a Web 3.0 environment

As internet consumers, individuals have become accustomed to the give-and-take rules of navigation, such as the invasive surveillance, collection and commercialisation of personal data at the hands of tech giants as well as the increasingly exploitative advertising users face.

The exponential growth of the Internet interconnections has also led to increased security vulnerabilities for individuals and businesses. But what if users were given a choice of operating in a decentralised web environment and forever eradicating the looming threat of cyber risk?

We’ve talked about how the rise of distributed ledger technology has fuelled the next dimension of the Internet, but more importantly, the collaborative, transparent and open-source attributes that define blockchain have allowed for a paradigm shift towards an online environment characterised by self-sovereignty, autonomy and decentralisation.

The disruptive potential of Filecoin is a key example of the ecosystem heralded by Web 3.0. Filecoin’s ethos is defined as a decentralised storage network designed to store humanity’s most important information. In other words, this transformative technology has the potential to catalyse the restoration of user trust and revolutionise the way individuals and businesses share, store and move their data in an online environment.

While we may not know with exact certainty what the Web’s latest phase will look like in the near future, behind the scenes change is happening and it won’t be too long until tech disruptors manage to re-route the trajectory of the web’s evolution to its original decentralised architecture in their quest for a fairer internet.

Chris Starkey is the founder and director of NexGen Cloud, which is on a mission to bring cheap affordable cloud computing to all. London-headquartered NexGen Cloud is working with Cudo Ventures to disrupt the cloud compute market. With data centre operations established in Sweden and Norway, the company is able to deliver infrastructure-as-a-service cloud computing that is cheaper and greener than the mainstream providers. NexGen Cloud also provides opportunities for investors to access the cloud sector, giving them the chance to share in the growth of the market sector by investing in compute power.

Sustainability: This Looks Like A Job For The CFO