Boris and His Economic Plan – Really?

When the editor of Finance Monthly asked me to assess Boris Johnson’s economic plan, I laughed and asked… what plan? And then it struck me… this is serious. 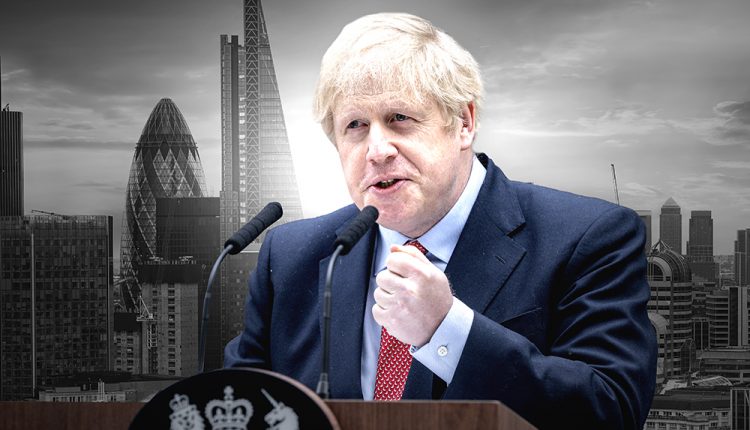 Following Boris’ vaguely described promise of a “high-wage, high-skill, high-productivity” economy during his speech to the Tory Conference, the right-wing Adam Smith Institute called the plan “bombastic, vacuous and economically illiterate.”  The CBI warned it’s a “fragile moment” and how empty ambitions and promises on wages and productivity could lead simply to higher prices.

Boris shrugged it off. He says all the necessary things for the Tory faithful: “I’m a staunch, low-tax Conservative who believes in an enterprise economy”, which is probably what Margaret Thatcher was thinking before she junked the UK’s ageing manufacturing base 40 years ago. A political lifetime is next week. Political consequences can take decades to emerge – Thatcher’s programme ignited the fire of Scottish nationalism and set the UK on course for a potential breakup.

Boris Johnson is a master of the soundbite moment. Now he’s telling the world the UK will be the “Qatar of Hydrogen” – yet I doubt he has any real familiarity with the enormous problems that will accompany the hydrogenisation of the Global Economy. Still, it sounds good ahead of COP26.

The City of London’s markets are concerned with immediate threats. They fear the multiple storms lurking on the horizon: inflation/stagflation, trade, recession, government debt, taxes, consumer confidence, and geopolitics. These are the normal ups and downs of markets that competent governments and functional economies take in their stride.

Boris Johnson is a master of the soundbite moment. Now he’s telling the world the UK will be the “Qatar of Hydrogen” – yet I doubt he has any real familiarity with the enormous problems that will accompany the hydrogenisation of the Global Economy.

These economic squalls only become truly dangerous storms when they trigger serious economic damage, or the ship of state is no longer fit to ride them out. And that’s what really worries markets deep down about the UK. It’s the absence of a discernible joined-up strategy to address the UK’s economic reality that scares the City. The government’s competency is increasingly being questioned.

They can be solved – but not separately. Addressing these issues holistically requires time, money and joined-up thinking. But, there is little joined-up thinking – just triage offering sticking plasters to be slapped on gaping economic wounds, or telling the victims it’s “transitory”. Not enough lorry drivers? Let’s bring in Europeans on three-month contracts! Energy bills unaffordable? Wrap up well then!

Rather than address these issues through policy, it feels like the UK’s economic future is being gambled away by Boris betting his political popularity will see him through. He’ll bluster past any problem hoping that it all sort-of-comes-together around the “hi-wage, hi-skill, hi-productivity” soundbite economy he promised us. If it doesn’t, he’ll wage the next election promising it’s coming – assuming he doesn’t jump ship into some high-paying private sector role.

Politics and Policy sit uneasily together. Yet, never has the UK required joined-up economic policies as much as today. The big question is – do the Tories have the political competency to deliver? There is – apparently – “tension” between Chancellor Rishi Sunak and Boris.

Which one is right?

Perversely, it might be Boris. The success of governments around the globe in raising and distributing billions in pandemic support spending packages without causing government debt markets to implode should have been a light bulb moment. Since the last economic crisis in 2009, we’ve proved devasting austerity is not an answer while other solutions, including printing money, are available and proving practical. Wake up to the possibilities of fiscal boost and new monetary policy.

Let’s be clear: there is no free Magical Monetary Tree of unlimited government spending – but the markets are open for smart, credible governments to sell more debt and create more money. The key word is credibility – and avoiding policy mistakes. The UK spending itself out of its current hole should be entirely feasible. Rather than hiking taxes and cutting the modest £20 a week targeted helicopter money of universal credit to the poorest 10% of the economy, the government could keep the economic wheels spinning through the current supply chain/recession/stagflation threat.

Rather than address these issues through policy, it feels like the UK’s economic future is being gambled away by Boris betting his political popularity will see him through.

Sunak’s plan to impose austerity and tax hikes as we enter a potential stagflationary environment could prove a recipe for a confidence breakdown. It looks a classic policy mistake.

What’s the alternative? Well, that’s difficult. Politically it’s impossible to tackle the ever-hungry spending behemoth the National Health Service has become. But it’s critical it’s done – refocusing it to deal better with the modern age and the diseases of the old and infirm. It’s now in long-term crisis as it scrabbles to refocus post-pandemic – costing billions. Staff are underpaid and demotivated – costing more billions. Yet the NHS was recently advertising 200 plus senior managerial roles paying more than the prime minister. Modern tech can help – fitness and diagnosis can digitise, but the government has a peculiar ineptitude with new systems. Unless the government addresses the growing burden of public sector pensions – the entire UK tax take will soon be directed to paying the retirement costs of state employees. But to even suggest it – would again be political suicide.

There are a host of other policy initiatives the government could consider, but sadly they are the kind of concepts Boris and his fellow Oxbridge PPE rejects don’t have the imagination or political bravery to explore. I reckon Sunak probably does – but he’s got to bide his time.

As a primer Boris needs to understand good and bad government spending – and integrate them into his political calculus. Creating economic growth through a fiscal boost to companies to create jobs, growth, and build infrastructure is good. Solving skills shortages by paying doctors, nurses, engineers and HGV drivers to train, rather than charging them, would work. Spending money on fast, small Nuclear energy solutions and tidal power – tick. Helicopter money has been shown to work in a crisis. Markets accept the QE money creation trick – it works.

Ask difficult questions: Why are we charging students for their education? Why aren’t we paying them to upskill? Why aren’t we spending more on the armed forces in a period of rising tension to generate greater security, but also multiplier effects across the economy? There are a million more to be posed…

There are positive signals beginning to emerge – but aside from lots of words, there seems to be very little strategic thinking going on in the party of government to actually deliver these hi-skill jobs and raised productivity.

Words are cheap. Action is difficult.

Bill Blain is Strategist at Shard Capital and author of the Morning Porridge markets blog: www.morningporridge.com