Robinhood Hides Behind its Users, Again

Robinhood CEO Vlad Tenev recently published an OpEd in the Wall Street Journal entitled “Robinhood Users Come Under Attack” in which he questions the motivations of critics and regulators who are looking into issues like payment for order flow and gamified design while never actually answering any of their questions. 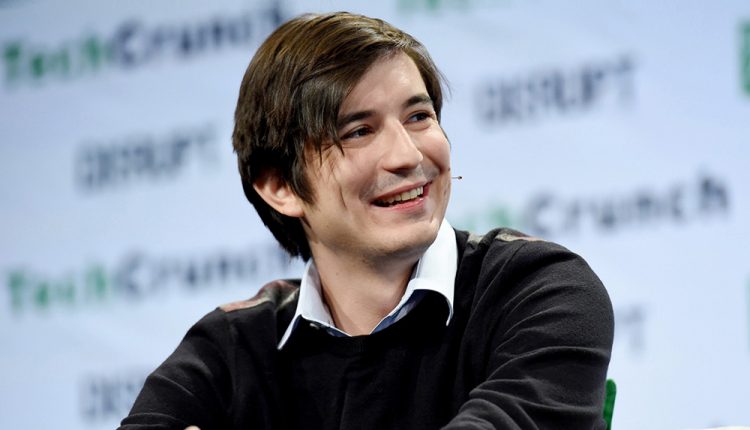 “One wonders whether the push to ban payment for order flow and overregulate modern design is about investor protection or really about control.”

Actually, that’s one of the milder quotes. Elsewhere he calls his critics “market gadflies, academics and out-of-touch investors.”

The OpEd continues Tenev’s long tradition of using obfuscation and deflection to avoid discussing any difficult questions posed by Robinhood’s “free” brokerage model. Indeed, the very title of the piece “Robinhood’s Users Come Under Attack” tells you right out of the gate that Mr Tenev isn’t here to dialogue with critics but rather to belittle them and deflect their criticisms.

This should come as no surprise to those who have followed Robinhood for any length of time. They have been hiding behind their users for years now, including recently paying a $65 million fine to settle charges with the SEC for “Misleading Customers About Revenue Sources and Failing to Satisfy Duty of Best Execution.”

Robinhood is the Facebook of eBrokers today. Like Facebook, they have built a user-as-product revenue model where they provide “free” services to their users while leveraging user data to get paid by their actual customers. In the case of Facebook, the real customers of Facebook are the advertisers. In the case of Robinhood, the real customers are the wholesale market makers that pay Robinhood for the privilege of executing user trades. This practice is known as payment-for-order-flow (PFOF). Like Facebook, Robinhood has a built-in conflict of interest with its users when it comes to its business model.

We’ve all gotten a look behind the curtain at Facebook recently thanks to whistleblower Frances Haugen. We know that Facebook prioritises “engagement” and “stickiness” even at the expense of mental health. Facebook is rewarded when its advertisers make more money selling stuff to Facebook’s users. Facebook does not make more money for improving the mental health of teenage girls. We’ve seen what happens when push comes to shove, and we’ve seen that Facebook knows what is happening and has been unwilling to make needed changes that would impair Facebook’s present and future profits.

Robinhood makes money when its users buy and sell more frequently because it gets paid PFOF by wholesale market makers when its users make a trade. No trades, no pay. Robinhood won’t disclose exactly the terms of how it is paid by wholesale market makers, but they do acknowledge that they earn a “percentage of the bid-ask spread.” So, what exactly does this tell us? It tells us two things:

The data strongly suggests that Robinhood is getting paid more per trade than any other broker.

Mr Tenev regularly argues that “brokerage firms have used this practice for decades” and that this is nothing new. That is true as far as it goes, but no brokerage firm has ever used it at the scale and efficiency of Robinhood. Moreover, what Robinhood has not told us is what percentage of the bid-ask spread Robinhood takes. The data strongly suggests that Robinhood is getting paid more per trade than any other broker. Here is how Piper-Sandler Managing Director Richard Repetto, CFA put it in a recent industry note on 2Q 2021 retail PFOF.

A cursory glance at Robinhood’s most recent quarterly report (2Q 2021) informs us that 80% of Robinhood’s 2Q21 revenues came from “transaction-based revenues.” Cryptocurrency transactions accounted for 51.6% of these transaction revenues, options made up 36.6%, and equities only 11.5%.

In Mr Tenev’s WSJ OpEd, he decries his critics who “insist that our platform is gamified.” With classic rhetorical deflection, he never answers the question as to whether or not the platform is actually gamified but instead asks: “Investing isn’t a game, but must it be grim and difficult to understand?”

If Mr Tenev truly wants to address the concerns of Robinhood’s critics, then there is a very simple way that he can do so. Show us the data.

Show us how Robinhood chooses which “lists of stocks and exchange-traded funds that help people discover investments and notifications about stock movements that help them to stay informed.” Show us how Robinhood decides what cryptos and options they put in front of users. Show us what percentage of the bid-ask spread Robinhood gets paid for its payment for order flow (PFOF) on equities, options, and crypto.

If Mr Tenev truly wants to address the concerns of Robinhood’s critics, then there is a very simple way that he can do so. Show us the data.

The answer is clearly no – and no amount of smooth PR deflection should suffice to keep us from seeking answers to such important questions. Robinhood’s own statements and filings show beyond a shadow of a doubt that Robinhood is driving its users into the most speculative areas of the markets. All we know for a fact is that this is extremely profitable for Robinhood.

It’s often said today that “data is the new oil.” It is true. Companies like Facebook and Robinhood that pursue the user-as-product business model are not what they appear to be. They are, in truth, digital resource extraction businesses. They extract data, refine it, and sell the “digital oil” to their actual paying customers (advertisers and market makers). They use user data to nudge their users towards the behaviours that benefit their paying customers.

In exchange for trusting such companies with massive amounts of our data, we should demand that they be transparent about how they are using this data to nudge customer behaviour.

If they won’t be more transparent, then there is only one other option: stop using their platforms.