On October 28, Facebook announced that it would be changing its corporate name to Meta as part of a major rebranding. CEO Mark Zuckerberg asserted that the need for change stemmed from the existing brand not being able to “represent everything that we’re doing today, let alone in the future” with the company developing plans for the “metaverse”. 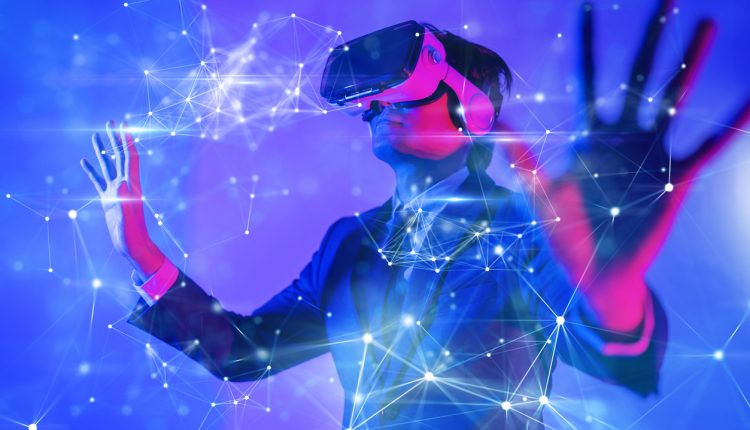 “Over time, I hope that we are seen as a metaverse company and I want to anchor our work and our identity on what we’re building towards,” Zuckerberg told a virtual conference. “We’re now looking at and reporting on our business as two different segments, one for our family of apps, and one for our work on future platforms. And as part of this, it is time for us to adopt a new company brand to encompass everything that we do, to reflect who we are and what we hope to build.”

Following Zuckerberg’s announcement, “metaverse” has become an even bigger buzzword in tech, with plenty of investors now wanting a slice of it. But what exactly is the metaverse? And should you also consider investing in it?

What Is The Metaverse?

The metaverse is far from being a new concept. The term “metaverse” was coined by science fiction author Neal Stephenson in his 1992 novel Snow Crash. Stephenson used the term to mean a computer-generated universe, which is now understood as an immersive virtual world where people come together to play games and socialise but also to work.

In a founder’s letter, Zuckerberg explained that the metaverse will be defined by “the feeling of presence.”

“In this future, you will be able to teleport instantly as a hologram to be at the office without a commute, at a concert with friends, or in your parents’ living room to catch up,” Zuckerberg said. “This will open up more opportunity no matter where you live. You’ll be able to spend more time on what matters to you, cut down time in traffic, and reduce your carbon footprint.”

Metaverse users will be able to create avatars that resemble their real-world appearance, with Zuckerberg insisting that avatars will become as common as profile pictures on social media. As technology improves, people will be able to join the metaverse with increasing ease, simultaneously engaging with the physical and virtual in mixed reality.

While the use cases for the metaverse are essentially only limited by human creativity, some ideas make more business sense than others. Here are three common examples:

Games: Gaming is held in close association with the metaverse and understandably so, with games such as Minecraft and Fortnite, as well as platforms such as Roblox, already offering a taste of the metaverse. However, in the coming years, games are set to become increasingly immersive, increasingly social, and increasingly interactive.

Travel: There is huge potential for the metaverse to someday allow users to visit tourist destinations in multiplayer mode via telepresence, potentially making world travel more accessible for millions of people.

Commerce: The metaverse would allow retailers to release products into games alongside their real-world product launches. Vice versa, metaverse users will likely design their own brands and products, which may then come to exist in the real world too.

Many believe that companies and investors alike cannot ignore the emerging online marketplace that is the metaverse, arguing that it would be a repeat of companies dismissing the emergence of the World Wide Web. Just like the World Wide Web, which now plays a monumental role in day-to-day life, the metaverse will create new marketplaces that mirror those of the physical world.

The potential in this space is huge, with platforms such as Roblox already seeing significant success. However, the market is expected to double with ease over the next few years. According to ARK Invest, revenue from virtual worlds will compound 17% annually to $390 billion by 2025. Meanwhile, Bloomberg Intelligence predicts that the market opportunity for the metaverse could reach $800 billion by 2025.

Investing In Companies Engaged In The Metaverse

Investors may look to gain exposure by investing in companies that are actively working on metaverse applications, such as Meta Platforms (Facebook), Microsoft, and Roblox.

For investors who are struggling to decide which metaverse stock is best to invest in, an option worth considering is investing in the Round Ball Metaverse ETF (META). Launched in June 2021, META is the first index globally designed to track the metaverse’s performance and has already amassed $176 million in assets. The fund tracks the Ball Metaverse Index and invests in global public companies actively involved in the metaverse.

The vast majority of META’s holdings are US equities (80%), with the rest spread between Asian countries such as China, Singapore, Japan, Taiwan. The three top holdings are NVIDIA (8.99%), Microsoft (7.26%), and Roblox (6.79%). Since starting out in June, META has risen by almost 3%.

While the metaverse is by no means a new concept, Facebook’s recent push will spur further investments into the space. In the coming years, society is almost certain to dive deeper into a digital economy and virtual world, significantly altering life as we currently know it.