The Era of Automation is Here, But What Does that Mean for Financial Services Workers?

The road to becoming the world’s financial capital has been a long and storied one for the UK. 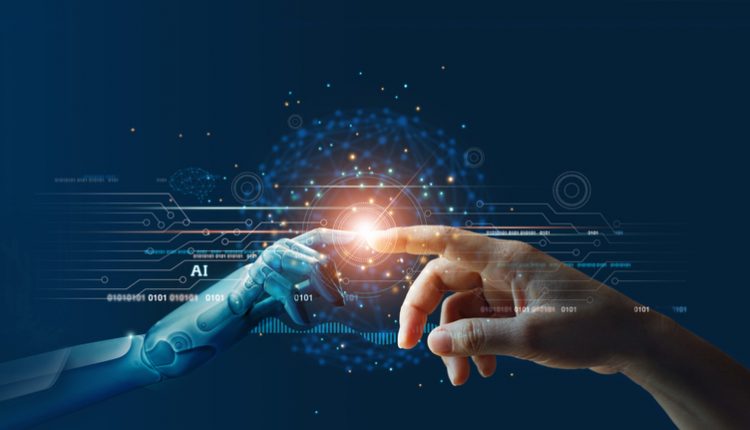 Between the 17th century when goldsmiths issued the first-ever British banknotes, to the modern-day where we sit atop the table as the largest exporter of financial services in the world, the UK has ushered in a wealth of key developments in the finance industry. A large portion of the UK’s economy consists of financial services (FS) employees, and they occupy a range of roles that help people and organisations with their money related needs. Whether granting loans to small businesses, exchanging currency and stocks, or providing insurance cover, FS employees are there to help make, invest and manage money and to support businesses and consumers alike.

A big part of the UK’s emergence as a global financial hub has been its willingness to adopt technological innovation, and this status looks set to remain thanks to the recent development of and investment in pioneering, industry-disrupting technology. We’re now firmly in the FinTech era, and British founded, online-first banks such as Starling and Monzo are beginning to challenge traditional institutions. Cryptocurrencies like Bitcoin are also fast becoming a household concept, and it’s clear that technology’s influence on FS is only growing.

But not everyone is embracing technological change with open arms, as amongst FS workers there remains a sense of apprehension. The reason why? Automation. In many instances, automation technology is already able to replicate large portions of FS workers’ roles, given its ability to quickly and efficiently handle process-heavy, repetitive, and often administrative tasks that humans tend to struggle with. From a productivity perspective, the benefits of this are clear, but the issue for employees is that this tech threatens to displace them as it becomes more prevalent in the workplace. This could cause huge unemployment issues in the short term, whilst in the long term, it could also lead to a massive gap between the skillsets employers need in workers to perform their role and the actual skills possessed by possible future employees.

This apprehension amongst workers in the FS sector, including insurance, is understandable, as this sense of pressure on their roles is underpinned by data. Our research indicates that a huge 20.8% of all roles in FS/insurance in the UK are potentially automatable before 2026, whilst 13.6% could potentially be augmented by automation and technology over the same period. Whilst potential doesn’t always necessarily equate to actualisation, these figures still raise alarm bells for those working in a sector that has persistently turned to technology to drive productivity and growth.

Our research indicates that a huge 20.8% of all roles in FS/insurance in the UK are potentially automatable before 2026, whilst 13.6% could potentially be augmented by automation and technology over the same period.

In fact, we’re already seeing this adoption of automation technology come to fruition in some financial organisations, such as the FSCS. It recently made the decision to begin implementing AI and automation to reduce the time spent on claims handling, a lengthy process that tech can handle far more swiftly and effectively than humans. The results were impressive, with the body reducing the costs associated with claims handling by £9 million as a direct result of the use of automating technology.

It’s a scenario that reflects a common reality – that organisations have to take decisions that make the most business sense. The question however is how they account for the possible human cost of such decisions.

Planning for the future to help employees now

Whilst the current situation may have FS and insurance workers ruminating over a dystopian, sci-fi-esque ‘technology takeover’, we must remember that the human touch will be just as important as technology to both industries in the future. Firms such as EY for example are encouraging an approach of “intelligent automation”, combining the strengths of Robotic Process Automation (RPA) and AI with innately human capabilities such as creativity, problem-solving and strategic planning. For all that automation technology can offer it’s these skills through which true innovation flows, and it’s fundamentally important that employees in FS are encouraged and given the means to remain and work alongside technology, rather than be replaced by it.

The main question right now is, does the industry have the skills pipeline and the innovation mindset needed to fully embrace this transition? With the battle for talent in finance and the UK in general heating up, a concerted investment into reskilling and retraining the workforce is imperative if employees in the industry are to retain employability.

This investment should be focused around workforce planning and skill development, with a dedicated strategy that fully equips FS firms to deal with anticipated future demand for skills, and proactively identifies and develops talent to fulfil the associated roles, an urgent priority. Data analysis should form a key part of this strategy, so businesses have insight into what skills their employees are lacking when compared with the skillsets that are set to be in demand in future. That way, they are empowered to draw up and implement a strategic and informed programme that helps employees reskill in the competencies needed for those roles, ensuring they have a consistent pool of appropriate talent as their technology adoption increases.

The current era of technological innovation is just the latest of many that have defined the UK’s historic and fruitful FS sector. But one thing that has always remained constant is the importance of employees in upholding the industry, and this isn’t about to change. Pursuing innovation, no matter how technologically focused that innovation may be, requires a human touch that technology simply cannot replicate. It’s time now for businesses to act – the tools are available for them to ensure that a technology takeover remains the stuff of fiction, and now’s the time to start building a workforce where humans and automation work harmoniously together rather than at the expense of one another.