How Blockchain is Shaking the Global Payments System

Back in 2019, IMF’s Managing Director Christine Lagarde remarked that cryptocurrencies were ‘’clearly shaking the [banking] system”. 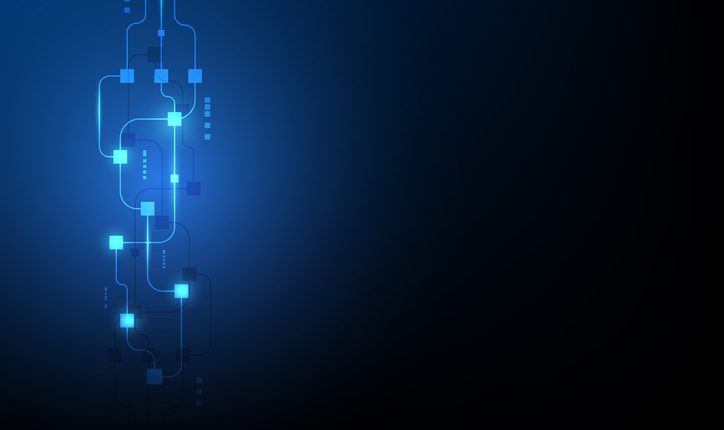 Powered by blockchain, financial institutions such as JP Morgan and Goldman Sachs were experimenting with the technology at the time. Since then, the former has launched its own blockchain initiative system called Onyx, while Goldman Sachs co-led the first public digital issuance on Ethereum public blockchain for the European Investment Bank.

Perhaps most strikingly though, major powers like Russia and China have introduced their own digital currencies since Lagarde’s statement, signalling a potentially seismic and irreversible shift towards blockchain-based payments, particularly for those taken across borders. But how exactly does this technology work and why are financial institutions and countries alike seemingly so eager to move towards it?

First things first, let’s recap what blockchain actually is. Blockchain is a kind of database that gathers data in groups called blocks. All of these blocks have a fixed storage capacity, and, when filled, are chained onto an existing block to create a chain— i.e., the term blockchain.

A key feature of this is that, once a block has been filled, it is given an exact timestamp of when it was added to the blockchain. Every event that happens on it is recorded on a public ledger, which is essentially a record-keeping database that ensures the participants’ identities are kept secure and pseudo-anonymous. They can only be identified by private keys, which are strings of letters and numbers needed to make a blockchain transaction.

To demonstrate blockchain in action, it makes sense to look at the most famous example of a technology that uses one: Bitcoin. The cryptocurrency exists on a blockchain across thousands of computers worldwide, all operated by different groups of people. These computers are called ‘nodes’, each of which has a record of every transaction that has taken place on it.

This has many benefits, with perhaps the main one being that, if one node has an error in its data caused by a fraud attempt, the blockchain can reference the other nodes to correct the database. Consequently, every transaction is accountable, secure and irreversible, with no de-centralised organisation being able to control things either.

To make a Bitcoin transfer, you need two Bitcoin addresses (known as public keys) to send the crypto to and from. The person transferring it is required to sign a message using their private key, which contains the input, output and amount being sent. This transaction is then broadcast to the rest of the Bitcoin network, with the nodes checking whether the person’s private key is able to access the input by matching the public key number. After doing so, mining nodes will add the transaction to the blockchain.

How does blockchain facilitate global payments?

People can use blockchain to send money across the world as they would for transferring cryptocurrency to one another. For example, companies like Stellar and Tempo offer 1:1 backed fiat tokens (also called stablecoins) that individuals and companies can convert their government-issued currencies into and send via a blockchain. The receiver can then accept the digital currency and convert it back into their own currency.

This type of system allows people to enjoy the benefits of blockchain-like more secure and transparent transactions. It, therefore, has significant advantages over conventional cross-border payments, which are often costly, slow, opaque and dogged with security issues. Because of a lack of standardisation between countries, transfers tend to require a number of intermediaries to carry out tasks like verifying a sender or receiver’s identity and creditworthiness. This is not only time-consuming but adds extra costs. What’s more, these transactions often take place on outdated legacy systems, potentially rendering those involved vulnerable to security breaches. So why exactly is blockchain increasingly considered a better alternative?

Why are financial institutions moving towards blockchain?

Instead of paying transfer fees to multiple intermediaries, those using blockchain only pay a nominal fee to a financial institution or nothing at all. Deloitte estimates that business-to-business and person-to-person payments with blockchain are 40% to 80% cheaper than the standard transfer process.

In the same study, Deloitte revealed that blockchain transactions are also astronomically quicker than conventional cross-border transfers due to being near-instantaneous. On average, they take around four to six seconds, compared to two to three days, with none of the hoops around intermediaries to jump through.

When records are maintained by one central authority, such as a bank, they are vulnerable to hacking and other threats. But all transactions within a blockchain are tied to previous transactions, as well as being protected by cryptography. Consequently, a hacker would have to also hack every other transaction on the ledger, making it nigh-on impossible to infiltrate.

Considering a blockchain is a public record of digital transactions, it is a lot more transparent than traditional banking. Each party has an identical copy of the ledger, which is continually updated by the connected computers. This also removes the risk of discrepancies between different records, unlike with financial institutions which each have different databases that may not feature matching data.

What does the future hold for blockchain in the global payments system?

While blockchain is certainly gaining traction in the global payments sphere, it’s unlikely to replace the traditional payment system in the near future. International transactions must meet complex regulatory, compliance, finance and operational requirements, making it hard for independent companies to offer blockchain-based cross-border payment systems. Rather, we’re more likely to see an increasing number of banks use the technology themselves to provide blockchain transactions through their existing payment systems.

Stan Cole is the Head of Financial Institutions at Inpay.