How To Compare The Relative Strength Of Currencies

For a forex trader, the goal is to make more successful trades and profits and reduce losses. A successful trader does this by using tools that reduce the cost of trading and enhance performance, as well as information that will indicate which currency pairs are the optimal set to trade. One of such indicators used by traders is the relative strength of currencies. 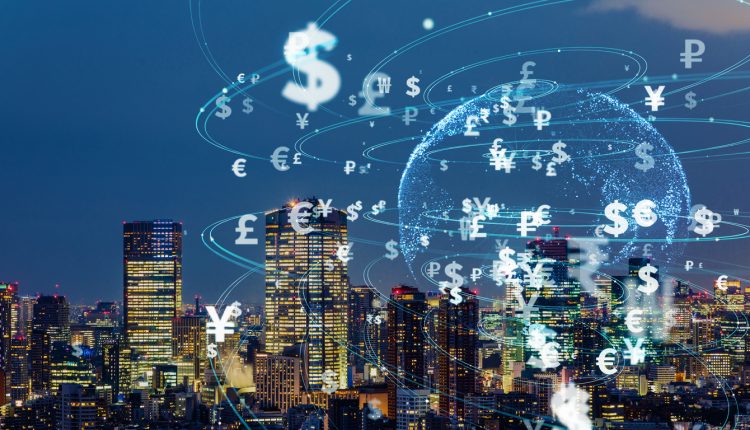 Understanding the relative strength of currencies is a way to understand which pairs are bullish or bearish, confirm the pairs you want to trade, and the best time to trade a pair. In forex trading, currency strength is one of the main determinants of the value of currency pairs and can be used by short-term traders to develop news trading strategies.

What Is Relative Currency Strength?

Relative currency strength is the purchasing power of a currency when traded against other foreign currencies or used to trade products. It is also a technical indicator used in technical analysis by forex traders to chart the historical and current strength or weakness of currency pairs based on the recent trading periods.

There are about 27 currency pairs traded in the forex market, with 7 of them being the major currency pairs. These pairs are chosen because they are economically stable and demand insufficient qualities. However, with so many currencies available for traders, it can be difficult to choose which is most beneficial to trade and that is where relative strength comes into play.

Why Are Currency Strengths Compared?

The forex market is unique because it involves trading two markets together which is not done in the stock market or any other financial environment. When a trader is looking at a chart, they cannot determine which of the currencies is stronger or weaker based on the upward or downward movement of the chart. If they cannot determine which currency is stronger, it affects their ability to buy, sell and make a profit from the currency pairs. To solve this, there needs to be a way formulated to measure which market is strongest, the currency you need to buy or sell, and to avoid trading the wrong markets.

Currency strength helps you to understand the value of one currency as it relates to another and what trend you should look out for when making a trade. For instance, if you do not find opposing markets in a currency pair, then you know that you are trading the wrong pair and where there is sufficient distance in a currency pair with one moving higher than the other, then that is the best time to sell the weaker currency and buy the stronger one.

Factors That Can Affect The Relative Strength Of A Currency

This is one of the first factors considered when evaluating the strength of a currency. Interest rates are the amount needed to borrow money and high-interest rates mean it would cost more to borrow a particular currency while lesser interest rates would encourage borrowing and can stimulate an economy.

While a small rise in inflation may be good for a currency, too much inflation affects the economy, and a government may try to stabilise the rising prices by increasing interest rates which in turn would strengthen a currency in the forex market.

Another major determinant of the strength of a currency is the economic policies made and the growth of such an economy. When the growth of an economy is high and stable, there will be an increased demand for such currency, and a downward slide in economic growth will reduce the demand for such currency and determine how a forex trader trades such currencies. Also, good monetary policies can strengthen a currency, thereby increasing its relevance and demand.

Stability Of The Currency

Forex traders are more likely to buy or sell relatively stable currencies, which is why the EUR/USD is one of the most traded currency pairs due to the stability of those currencies.

When a currency is plagued with problems such as large debts that cast uncertainty around the currency and make it unstable, the strength of such currency can become affected as it becomes unattractive to traders.

How Can You Compare The Relative Strength Of Currencies?

There are several ways you can compare the relative strength of currencies:

A currency strength meter is a technical tool that provides a graphical representation of the relative strength and weaknesses of all major currency pairs in the forex market.

While you can use this technical tool as a way to check the strength of a currency, it doesn’t exactly tell you the best time to trade which is why it is combined with other tools used in technical analysis to determine the best entry and exit points to trade good currency pairs.

2. Look at the common currency (the US dollar)

The US  dollar index, commonly called DXY by traders measures the value of the USD against a basket of currencies. The currencies that make up this basket are the EUR, JPY, GBP, CAD, SEK, CHF, as they are some of the major currencies used by traders. The US dollar index or DXY is important to traders because they can gauge the strength of other tradable currencies in respect of the USD. The index rises if the dollar strengthens against the other currencies and falls when the dollar is weaker than the others which allows traders to hedge risks and make strategies in respect of the dollar (knowing which currency to buy or sell).

Some websites can help you rank the performance or percentage movements of different currency pairs. Using these sites is a good way to study the historical and current trends of currencies to determine the strength of such currency but the downside is, it doesn’t tell you much about the optimal setup or which pair is the best to trade.

The currency strength matrix is a market analysis tool made to analyse the strengths of the major currencies in the forex market based on the movements or trends of their pairs. Traders need to read charts to analyse the trends in the market but even the most successful traders are prone to making mistakes that can be very costly.

To eliminate the guesswork, reduce the risks faced by traders, and the possibility of losses, the strength currency matrix allows traders to spot bad trading pairs, create better strategies, and have a more proactive and focused approach towards trading.

How Do You Decide The Best Pair To Trade After Comparing Their Relative Strengths?

Comparing the relative strength of currencies allows you to recognise the direction of the trend and shows you the performance of a currency when compared to other currencies. You can take advantage of massive trends by pairing the strongest currency shown with one of the weaker currencies or the weakest one to increase the potential for profits.

Comparing the relative strength of currencies helps you discover the best currency pairs to trade and there are several ways to measure the strength of a currency. However, it is important to remember that it does not inform you of the best time to enter the market and you would need additional tools to determine the best entry and exit points to trade the currency pairs with the most potential.

Also, when using a tool like the currency strength meter, you can make small changes to utilise the different trading time frames.

Can You Make Money Trading Forex?

What Is The Best Forex Strategy?

The Most Common Warning Signs of a Forex Scam