Key Trends To Follow In The PCL Housing Market

Alpa Bhakta, CEO of  Butterfield Mortgages Limited,  shares which key trends in the PCL housing market are worth following. 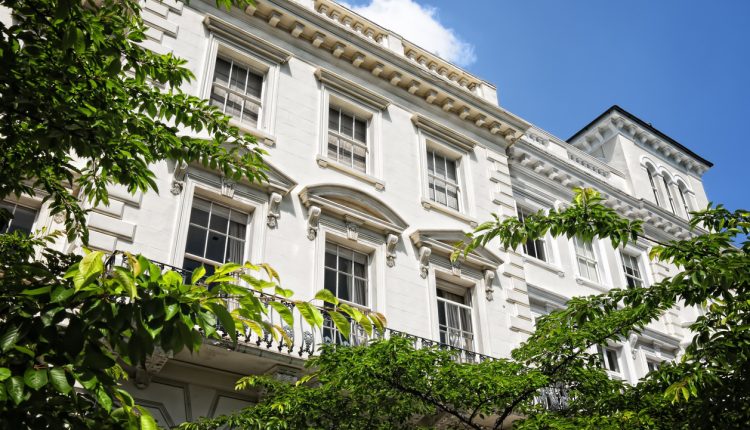 After the unprecedented frenzy of the past two years in the property market, 2022 dawned amid expectations of a period of relative calm. Instead, the UK housing market as a whole has significantly out-performed any such predictions of settling down.

Indeed, the UK housing market recorded its strongest start to a year since 2005, according to Nationwide, with annual house price growth rising to 11.2%. And while the wider market’s headline-generating buoyancy may have overshadowed Prime Central London’s (PCL) stoic resilience, 2021 marked something of a return to form for the capital’s most prestigious postcodes. Knight Frank reported six consecutive months of PCL price growth – the first such extended growth since the Brexit referendum. In turn, Savills has predicted 8% growth in PCL for 2022, alongside an impressive 23.9% growth for the next five years.

With travel restrictions easing and the race for space continuing to drive up demand, London’s prime property market is well placed to become a buyers’ playground, with a few emerging trends likely to spell the difference between modest and accelerating growth.

A race for more prime space

The desire for more space driven by changing lifestyle priorities, which was so prevalent throughout the pandemic, is set to continue causing ripples at the very top end of the property market. Data from Savills showed the average value of prime property across London increased by 3.2% in 2021, more than double the 1.2% seen during 2020. However, their data shows the strongest performing market over the past 18 months has been larger homes in prime west London, with the price of a six or more bedroom house rising by 10.4% during the past year and by 15.1% since March 2020.

Further, the estate agent recorded 522 £5m-plus sales across the capital in 2021, the highest number for any year since 2013. The total value of these transactions was £5.54 billion, 48.1% higher than in 2020, a strong indication that confidence in London’s most prestigious postcodes remains strong. With stock levels remaining low, this is likely to accelerate the market’s recovery.

Looking ahead, the city pied-à-terre is also expected to have a revival over the next few months as high-earning professionals make their way back to the office, which could also drive up prices.

Given the undeniable influence of the Stamp Duty Land Tax (SDLT) holiday on property demand, and the need to raise funds for a wider economic recovery, we shouldn’t rule out the possibility that further reform to the system of property tax could be on the horizon.

It’s worth noting that prior to the last Autumn Budget, there was considerable anticipation for changes to the SDLT surcharge on second home purchases – from 3% to 4%. Naturally, this could have some consequences for transaction volumes and interest levels in the prime market, with buyers facing higher prices at the point of purchase.

Indeed, a recent study commissioned by Butterfield Mortgages Limited, taking in the views of more than 1,000 UK homeowners, revealed a majority (58%) felt SDLT to be an outdated mode of tax and hoped to see reform.

Another trend that is likely to influence PCL property – though less directly – is rising interest rates. Following a sustained period of historic low rates, the Bank of England has started increasing interest in line with growing inflation pressure across the economy. Most recently, they were hiked from 0.25% to 0.5%, with further increases anticipated throughout this year.

Consequently, buyers will be wary of the spiralling cost of financing a purchase. While lenders, particularly in the premium end of the market, can be agile in adapting their offering to circumstantial change, this could have an impact on buyers’ spending power and restrict the volume of transactional activity.

Naturally, given global travel restrictions implemented throughout the pandemic, there has been limited potential for international investors to invest in the UK. Now, as travel corridors have broadened, we should anticipate a return of international investment – and in the best case, a release of bottlenecked demand which could further intensify transactional activity across the upper echelons of the London market.

Furthermore, the London market remains distinct in the eyes of investors, having retained its global reputation as a safe destination for property investment capital. Knight Frank, for instance, have labelled the capital as an opportune ‘global city’, with ripe conditions for significant economic growth in the future.  As such PCL holds an innate advantage, which could prove lucrative and beneficial if the market itself retains its attractive investment conditions.

The past few years in property have underlined the importance of not trying to predict the future. Indeed, further headwinds such as unexpected changes to the tax system or the emergence of a new and restrictive variant of Covid-19 could impact the PCL market as dramatically as anything listed above. However, with all remaining well, the return of international investment and the ongoing race for space across prime addresses should prove crucial trends in keeping PCL’s recovery going strong.

About the author: Alpa Bhakta is the CEO of Butterfield Mortgages Limited, a London-based prime property mortgage provider with a particular focus on the needs of UK and international HNWIs.

Butterfield Mortgages is authorised and regulated by the Financial Conduct Authority (FRN:119274).

Butterfield Mortgages Limited is part of the Butterfield Group and a subsidiary of The Bank of N.T. Butterfield & Son Limited.

5 Reasons To Sell Your Home To A Cash Buyer