Mark Zuckerberg coined a famous motto: “Move fast and break things. Unless you are breaking things you are not moving fast enough.” 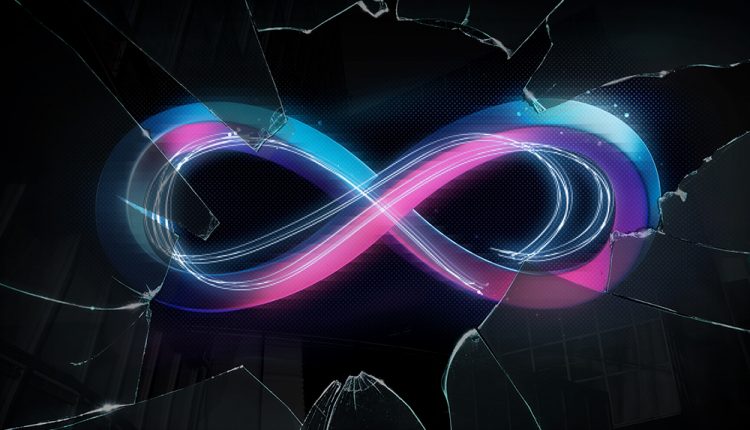 Things are certainly moving fast for Meta, the parent of Facebook – but not in a good way. It very much looks broken. Behind its mega-stock status and flash offices, Meta faces unprecedented threats from its unravelling business model, crashing advertising revenues, product obsolescence, regulatory threats, and from the unknowns of trying to reinvent itself at the centre of where Zuckerberg sees himself dominating next; the “Metaverse”. Whatever that might turn out to be.

Zuckerberg has a massive problem. His existing brands Facebook, Instagram and WhatsApp are under the cosh. They are, essentially, advertising companies under competitive and evolutionary threat. They remain dominant brands in social media advertising, but their user bases are not as sticky as once assumed, and they no longer have a monopoly as social media breaks and fragments into multiple players and themes. They are under enormous regulatory and technical threat.

Things started to get bad last year when Apple gave users of its IOS operating system the option to stop trackers – meaning every keystroke on your iPhone is no longer an invitation for resellers to target and sell you cheap tawdry crap you don’t need or particularly want. Google is doing the same with Android. The result is Meta’s advertising income stream is drying up. It’s not going to get better. Advertisers have more exciting places to go.

Imagine a future where kids can attend any school they want as digital avatars – interesting and horrific in terms of real social interaction, not to mention the health consequences of living online.

The reason the name changed from Facebook to Meta was a tacit acknowledgement of the inevitable – Facebook is no longer the new, new, exciting thing. Meta lost 20% of its value on a single day in January when Zuckerberg broke the cardinal rule of tech and told the truth: admitting Facebook has lost ground to newer, more hip, cool rivals like Tik Tok. If you want to know where it’s headed, look up Friends Reunited. Who knew competition and evolution are real? Tech evolves and old firms get eaten up for lunch by new firms… My kids think Facebook is for grandparents and the truth is It is.

As the platforms close tracking windows, Zuck was forced to admit it’s difficult to make money “where less data is available to deliver personal ads”. In a world where it’s being outcompeted, and regulators are establishing the primacy of personal data… Facebook’s model of milking that data looks doomed.

Of course, these are only the visible tips of a much larger iceberg – regulation. Facebook is the mega-villain when it comes to all the ills of the internet social media connected age. When it comes to the evils of fake news, we need a witch to burn, and the unlikable Zuckerberg is just the kind of scapegoat that will burn nicely.

This is why professional politician Nick Clegg, former deputy prime minister and one-time leader of the UK Liberal Party, is going to replace Zuckerberg as the face of Meta. Clegg will “lead our company on all our policy matters,” said Zuck.

That is either another massive sell signal for the beleaguered stock, or it’s a stroke of political genius. Clegg was never a top tier politician. He was the buggins-turn leader of the 3rd party in a political duopoly. He got famous because David Cameron didn’t win a majority. Suddenly he was catapulted to power in a coalition, bet let himself and his party become the Tories’ stooges to be wiped out at the next election. He was a loser, but a kind, earnest and boring chap who looked like he at least cared. Perhaps that makes him the perfect face to defend the undefendable?

Zuckerberg will find new ways to monetise whatever data Meta can find in its virtual and augmented reality universe – which is not without associated risks to consumers and therefore the company.

Meta’s response to the approaching death of Facebook is to reinvent itself, springing its new concept, the Metaverse, upon us. Zuckerberg has the previous form as something of a congenital acquisitive hoarder of the future – just ask the Winklevoss twins. He clearly wants to own whatever this new “metaverse” is with the intention of monetising it. The question, and future value of Meta, ultimately lies in how well he achieves that.

So, just what is the Metaverse? What kind of opportunity does it represent? Is it, as so many fantabulous things in this wonderful world are, yet another digital solution in search of a problem? Is it hype or a genuine new trend?

The Metaverse concept is not new. It was first described and named by Science Fiction writer Neal Stephenson in the very early days of the internet revolution. Way back in 1992 he presented a vision of human avatars inter-reacting in a 3D digital space. He pretty much nailed it – establishing digital life alongside concepts like “proof of work” leading inevitably to the concept of digital currencies, the genesis of Bitcoin, the Blockchain and even Non-Fungible Tokens.

Today, the Metaverse is being “imagined” as ripe with opportunities; as some kind of Internet version 2.1 – describing how we will all integrate digitally. It will offer a more immersive world of deeper engagement into virtual and augmented reality – once the technology catches up with the promises. “Digital Visionaries” are talking about how natural it will become to do everything from shopping, business and living a social life online in the form of single or multiple digital avatars… It informs the world of “Ready Player One” and raises fears about a “Matrix-like” future.

The thing is – whatever Zuckerberg is telling us – it’s already happening and has been for some time. Meta is not the leader – it’s just a follower. The global gaming sector is now infinitely larger than the film industry at over $100 billion per annum. Zuck is trying to paint the Metaverse as a Meta creation where he intends to own as a virtual environment where “you can be present with people in digital spaces”, an “embodied internet”, and how it’s going to “succeed the mobile internet”.

The stock will probably stage a buy-the-dip rally, but like any main-sequence star towards the end of its life, it’s burnt all its hydrogen fuel of imagination, inventiveness and innovation.

It’s an opportunity for him to monetise Facebook’s investment in things like the Oculus VR set and to diversify his earnings from pure (yet risky) advertising to actually selling hard and soft stuff in the Metaverse.

Will he succeed in making Meta the dominant venue in the Metaverse?

Don’t underestimate the potential for monetisation in the Metaverse. Last year 17-year-old artist, Fewocious, sold 600 digital sneakers in NFT format through an online auction for…. $3.08 million. There is now a whole digital fashion universe selling unique NFT apparel gamers can wear online. As yet there isn’t a way of being able to dress across the net (enabling digital avatars to wear the same gear across multiple games and in multiple venues) but I’m assured it’s going to happen. There are now a host of earnest fashion designers exclusively focused on digital fashion.

There clearly are also real and valuable applications for the metaverse in terms of virtual reality business and education. Effectively, education went virtual last year when millions of school kids zoomed an academic year because of COVID. Imagine a future where kids can attend any school they want as digital avatars – interesting and horrific in terms of real social interaction, not to mention the health consequences of living online.

Zuckerberg is a smart fellow who sees potential. He knows Facebook is a risk business – the declining numbers of young people using it isn’t compensated for by the ones using Instagram. The dominant younger generation platform is TikTok, which is now part China Government-owned after it took an ownership stake in Bytedance. As the Facebook brand inevitably fades, its advertising revenues will plummet.

Therefore, he is staking the next stage of his brand’s development on his company’s 3D universe. Zuckerberg will find new ways to monetise whatever data Meta can find in its virtual and augmented reality universe – which is not without associated risks to consumers and therefore the company. And that’s where the jury is out – can he make Meta as much of a monopoly as Facebook once was? If not, and I suspect it’s going to be a very crowded space, then Meta’s future is debatable long-term.

So how does this end for Meta?

What happens next will likely start to happen quickly – fast and broken. Meta is already in trouble for in-house bullying and whistleblowers about its rotten corporate culture. As the stock tumbles and belief wanes, it will suffer key staff defections. The stock price will spike up and down. The firm will miss deliverables, and while trying to fix Facebook, lose focus on Meta. The stock will probably stage a buy-the-dip rally, but like any main-sequence star towards the end of its life, it’s burnt all its hydrogen fuel of imagination, inventiveness and innovation. It won’t go supernova, but as it collapses inwards and atoms fuse into heavier elements, first helium and down the sequence and it will briefly become a red-giant burning brightly in the financial media-sphere for months before it contracts into its white-dwarf long drawn out slow-burnout into nothingness….

Ouch… but not a bad metaphor if I say it myself.