The Economic Consequences of the War in Ukraine

Bill Blain explores how the economic consequences of the war in Ukraine are likely to play out. 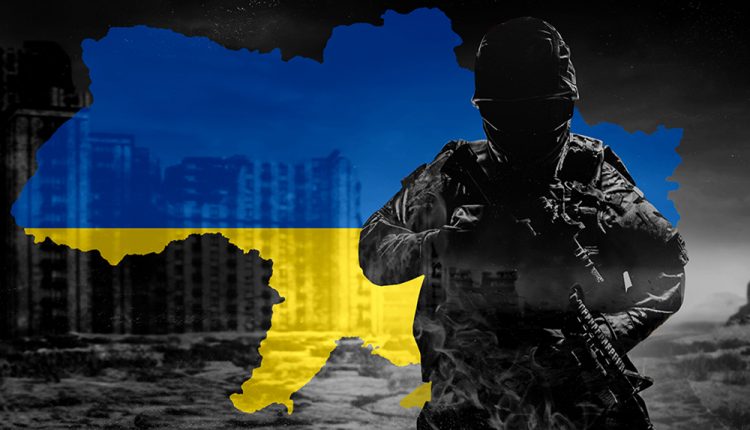 As I write, all kinds of noise about possible “outcomes” are playing out across the airways. A Turkish brokered ceasefire or maybe an “exit-ramp” for Putin, including a “No-Nato Membership for Ukraine” promise and Crimea in return for an advance back to the previous borders. The brutal reality is Ukraine is being progressively flattened. Their troops are taking heavy casualties. Raw recruits will be thrown into the meatgrinder to frustrate the Russian advance, but how much time they gain is debatable. It is desperately sad and tragic, but what choice do they have?

The reality is predicting outcomes in Ukraine remains guesswork.

Yet, for all the uncertainty, the death, wanton destruction, and the rising refugee crisis, the first thing we’ve learnt following the Russian invasion is markets are apparently impervious to negativity and risk. That won’t last forever. Reality has a nasty habit of catching up and biting hard.

Take a close look at the numbers underlying stronger stocks – volumes are weak and unconvincing. The recent bond slide and flattening curve speak of a nasty and unpredictable recession to come.

The uncertainty hitting markets is greater than I’ve ever seen. Whether it’s the end of the QE market picnic, Central banks hiking rates, the rising risk of monetary and fiscal policy mistakes, the pandemic, the approaching cost-of-living shock about to crush consumers, inflation, recession, or possible stagflation, broken and rebroken supply chains, rising geopolitical instability, and the largest most bloody European conflict since 1945 with a not intangible possibility of nuclear war.

But, where’s the panic? The markets seem to be thriving.

The market is not a rational beast. Prices represent what market participants believe rather than the economic actuality. Mr Market is simply an enormous voting machine weighing the hopes, beliefs and opinions of every single market participant.

The market does not measure actual reality or facts. At the moment – it is discounting any pain likely to come. The fact prices remain “euphoric” tells us participants hope for positive outcomes – despite the multiple tensions facing us – and are therefore taking buy-the-dip-risks rather than battening down for a possible storm.

Mr Market is simply an enormous voting machine weighing the hopes, beliefs and opinions of every single market participant.

Events trigger consequences, and how these will play out is frankly a guessing game. Ripples from Ukraine threaten to swamp the whole globalised marketplace.

It’s what’s happening below the surface, out of sight, that matters. It may take many months for the consequences of the war in Ukraine to really impose themselves on market sentiment. Russia’s move on Ukraine shocked the West. It will impose massive costs. Long-term sanctions will cripple Russia – perhaps fatally because of its hopeless demographics, creating yet more instability.

The two immediate threats in plain sight are food and energy security. We are in for a long period of price instability in both.

Ukraine accounts for a significant portion of agricultural production. It is literally the ‘Breadbasket of Europe’ and regional emerging markets in terms of wheat, soya, and sunflower oil. Food prices will rise. Equally importantly, potential food shortages in Africa could trigger a new refugee crisis into Europe, which may be aligned today on Ukraine but could struggle with a new destabilising wave of migrants.

Europe will wean itself off Russian oil and gas, but that will not be an overnight transition which means long-term price instability. It’s already clear the Gulf States are happy to play off Russia versus the West. They have been waiting since the oil shock of 1973 for an opportunity to play neutral and keep prices high. They are also very aware Europe can’t rely on the USA for its energy security. In the next presidential election, it’s looking increasingly likely a pro-Trump populist Republican party will trend isolationist and at the very least pivot away from Europe.

Europe has limited time to effectively rearm, secure its energy and organise its own defences. It can be done and the signals are encouraging increased European cooperation and an invigorated EU. The risk is how will Europe fare if a global recession comes on the back of broken Chinese rooted supply chains, an inflation spike, or a new refugee crisis?

There is clearly more at stake than just markets. The next few months could see threat levels decline. On the balance of probabilities, is that likely? Not really. Trying to imagine Putin apologising just isn’t realistic.

At the core, the tensions boil down to how effectively the Liberal-democratic West can counter the threats of resurgent autocratic nationalism from China, Russia and the risks others play the opportunity to their best advantage. Crisis for one player is an opportunity for another. Hence the shift back into defence and energy stocks. If the big one is coming, let’s not deny it, but prepare for it.

Russia, frankly, isn’t even a player in the Game of Geopolitics anymore. They’ve broken themselves on Ukraine.

The force that balanced the tension twixt the autocratic East and the Liberal Democratic West since the last cold war was always commerce and the opportunity for poorer nations to raise themselves on the back of trade. It happened for China. The big threat from Ukraine is that it represents the end of globalisation. It seems to be happening as supply chains remain under pressure.

The big unknown is China. It clearly wants to internalise and continue to grow its economy, secure its borders, and expand its economic hegemony. It can do so in partnership with the West. Or it can choose conflict – which is what the Generals fear. That China will take the opportunity to engage in a land-grab on Taiwan and risk economic estrangement. But, based on what they’ve seen in Ukraine and the effect of Russian sanctions, we can hope they favour trade.

Russia, frankly, isn’t even a player in the Game of Geopolitics anymore. They’ve broken themselves on Ukraine. The sanctions will leave its energy industry in tatters as expertise and spare parts dry up. It may remain a major supplier of global instability through cheap weapons, immoral mercenaries, and unpredictability, yet Putin’s throw of the dice in Ukraine increasingly looks like a losing gamble. How he plays his last few cards to sustain his kleptocracy is the known unknown.

The immediate threat is Russian unpredictability. The long-term hope is China sees a better future as part of a post-Ukraine globalised economy, which is all back to guessing. What happens next?