Are Central Banks Really to Blame?

Bill Blain delves into why central banks get such bad press. 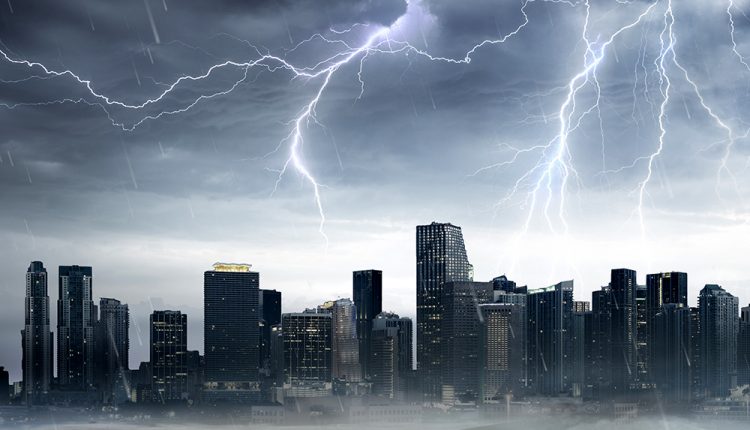 In 2008 Central Banks bailed out the financial universe following the collapse of Lehman. They provided unlimited liquidity in the form of Quantitative Easing and Negative Interest Rate Policy to dodge a global recession and enable the longest bull market on record. In 2012 the ECB saved the Euro and Europe by doing “whatever” it took. In 2020 central banks stepped in to stabilise wobbling COVID struck economies with rate cuts and yet more liquidity.

Today? Central Banks are being assaulted on every front. Politicians are questioning their independence – blaming them for the effects of the sudden Ukraine War Energy and Food inflation spike. Markets are watching the bull market unravel and blaming Central Banks. Read any research on the market and it will cite “Central Bank policy mistakes” as the most likely trigger for recession, stagflation, and market collapse.

Financial professionals under the age of 40 have never known normal markets. They’ve learnt their trades in markets where Central Banks are expected to step in a stabilise markets, to prop up too-big-to-fail financial institutions, and keep interest rates artificially low, thus juicing markets ever higher. I reckon over half the market workforce – fund managers, bankers, traders and regulators – will never have encountered market conditions like those we’re about to experience as it all goes horribly and predictably wrong.

Thankfully, there are few old dogs like me still wagging our tails in markets. We’ve seen it all before. Proper market crashes, interest rates in double digits, mortgage rates that will make a millennial’s heart tremble, and inflation the likes of which we are now seeing again. But, even we don’t know what happens next. This time… it is different.

We can’t blame Central Banks for the war in Ukraine – that’s a classic exogenous shock. It’s a crisis the politicians really should have figured out, foreseen and prepared for. One of the prime duties of the state is security, and it’s the insecurity of energy and soon, food supplies, that have triggered the inflation shock.

The reality is exogenous shocks outwith central bank control have precipitated inflation in the real economy. But, let’s not kid ourselves: two factors successfully hid inflation for the last 12 years:

In retrospect, the whole bull market of the Twenty-Teens looks increasingly false – a Potemkin village boom founded on overly cheap money, government borrowing and undelivered political promises. Abundant liquidity enabled the age of the fantastical – growth stocks worth trillions but profits measured in pennies, crypto-cons, SPACs and NFTs. Booming markets supported by accommodative central banks have spawned a host of consequences – few of which will prove ultimately positive.

Central Banks knew the risks from the get-go. They have been trying to figure out how to undo (or taper) the consequences of their monetary stimulus while maintaining the market stability critical for Western Economies. That has all suddenly unravelled at speed because of the inflation shock.

It’s the decisions taken over the past 14 years by Central Banks have led us to this critical moment in economic history. Since 2008 central banks have been using monetary experimentation to stabilise and control the economy and markets. And, as always happens, suddenly it’s turned chaotic. Its only now becoming apparent just how much these policies created massive market distortions, overturned the traditional investment narrative and caused the most massive misallocations of capital in global financial history at both the Macro and Micro levels.

Take a look at markets over the past 14 years and figure it out:

How did it go so wrong? The Global Financial Crisis of 2008 threatened a global depression. The problems were multiple – a dearth of bank lending (caused as much by draconian new capital regulations as risk aversion), economic slowdown, and incipient recession… Central banks were forced to act, and flooded the economy with liquidity in the hope it would stimulate growth.

It didn’t. It created market bubbles. Investors quickly realised the easiest way to generate returns was to follow liquidity. Corporate managements figured out the best way to improve their bonuses was to inflate their companies’ stock price – not through carefully considered investment in new plants and products to improve productivity and profits, but by borrowing money in the bond markets to buy back their own stock. And that’s worked well…Not! All that money has now been lost by crashing markets, and they still have to repay the debt.

In Europe the 2012 sovereign debt crisis followed the banking crisis, triggering massive fears of imminent country defaults and the Greek debt crisis. The ECB did what it took and used monetary policy to advance billions to banks through Targets Long-Term Repos and other emergency measures… Very quickly banks and the market realised central bank liquidity was an arbitrage opportunity – if the Banks were buying bonds, buy more bonds to sell to them!

As a result, nations like Italy saw the cost of their debt plunge, allowing some of the most heavily indebted nations to continue borrowing… Yet there is no guarantee, and never will be, that German taxpayers will ever agree to pay Italian pensions. As the German terror of hyperinflation is raised, and Europe suffers stagflation, it’s highly likely we will see new tensions across European debt arise. That’s why it’s a politician rather than a central banker running the ECB!

How did the Central Banks intend to undo the consequences of the distortion they created? Taper? Hah. We are passed that stage now. I guess we will never know how they planned to untie the knot they created…

The good news is chaos spells opportunity for smart investors!