The Forgotten “S” in ESG

ESG has become a key focus for the investment community in recent years, and as more institutional money comes into private debt, the more ESG will be at the forefront of investors’ minds. In a recent survey by Federated Hermes, 88% of institutional investors said that ESG factors play a central role when making long-term investment decisions and are seen as more important than traditional financial metrics. 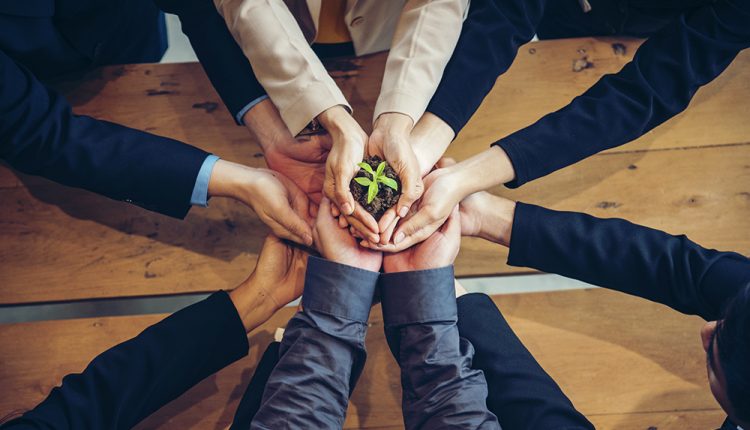 Despite the growing importance of ESG, the three strands haven’t always held equal weight. Whilst the movement generated around the climate crisis means lenders’ strategies today heavily account for environmental and sustainability considerations, for example, the social aspect of ESG has at times been overlooked.

This is the “forgotten S” – and “S” in the private debt world can mean a number of different things. Firstly, on the investment side, it means backing those who are supporting people who don’t have easy access to capital. Secondly, it means private debt companies supporting the community they operate in.

Following the 2008 financial crisis, banks and other traditional lenders withdrew from markets. New regulation saw a tightening of credit conditions, as banks needed to hold more provisions against certain types of loans. Furthermore, there was a reduced appetite to lend in areas that were seen as high risk and low reward.

By late 2009 banks had considerably tightened their belts – LTV ratios had fallen, credit card availability was cut (by early 2009, offers to households for new credit cards had dropped to around one-fifth of their count in 2006) and in the UK consumer repayments were outstripping new borrowing. Overnight, a whole section of ‘subprime’ society had essentially lost access to finance.

When traditional lenders withdrew from the market, FinТech lending emerged. They had a low-cost base and used the latest technology such as open banking to better assess creditworthiness, ensuring they were lending responsibly. Many FinTech-focussed companies saw these exciting new technologies as an opportunity to establish an alternative to traditional bank lending and ultimately democratise access to finance.

One area in which private debt companies are working to increase their social impact is by providing capital to those underserved segments in society. We have worked with a number of organisations, including auxmoney in Germany and Upgrade in the USA, to fund consumer loans to those who would otherwise be unable to access capital. Lenders are also increasingly able to apply sophisticated pricing models supported by AI to help lend to this segment.

Small business lending is another area in which private debt companies can make a real social impact.

Small businesses are the lifeblood of the British economy, with SMEs accounting for 99.9% of the business population (5.5. million businesses); following the 2008 financial crisis, however, the big banks considerably reduced their lending risk appetite, meaning small businesses have had to look elsewhere to access vital finance.

As part of the FinTech revolution, new SME lenders have stepped up, helping to plug this gap and offer new sources of capital in innovative ways. One such example of these lenders is ThinCats, who have lent more than £1.2bn to British businesses in the UK. Last year we were proud to have provided a mezzanine facility to ThinCats to support lending to SMEs affected by the pandemic. Our loan helped unlock £400m of funding to cash-strapped small businesses.

The private debt industry’s approach to the forgotten S also extends to how we operate as a company. Every business has an important role to play in bettering, and giving back to, the society in which they operate.

During the COVID pandemic, we supported two amazing causes. The first was Paperweight, a nationwide charity that helps support people with the burden of household paperwork and bureaucracy. We also partnered with a local school, many of whose families didn’t have laptops or paid-for internet. We provided both of these facilities, ensuring that children could continue learning during lockdown when the schools were shut, and teaching moved online.

We are also hugely proud of Anna, our Polish finance manager, who has been coordinating our efforts in supporting Ukrainian refugees who are arriving in Poland. Anna’s local town quickly became a base for hundreds of families, and through her incredible work she has helped over two hundred refugees.

Uniting around the S in ESG serves as a powerful reminder that private debt isn’t just about competition. Ultimately, finance underpins so much innovation and progress in the world; we, therefore, need the industry to collaborate and be moving in the same direction, rather than competing – especially around social issues. Better collaboration can help us all achieve the shared goal of making the world a better place.

The industry’s primary priority will always be there to generate steady returns for its investors, but this needn’t be at the detriment of our responsibility to the society. Generating consistent returns whilst lending to and supporting companies that make a genuine difference is not just compatible but is at the core of how the industry should approach lending.