Seldom have the markets looked this difficult to read – but they could get worse. Central banks could exacerbate the current uncertainty with policy mistakes, or further exogenous shocks could further undermine sentiment. One area that particularly worries me is political stability. Let’s be blunt, the UK, the USA and Europe are all looking suspect in this regard. We seem to have reached rock bottom in our choice of politicians. 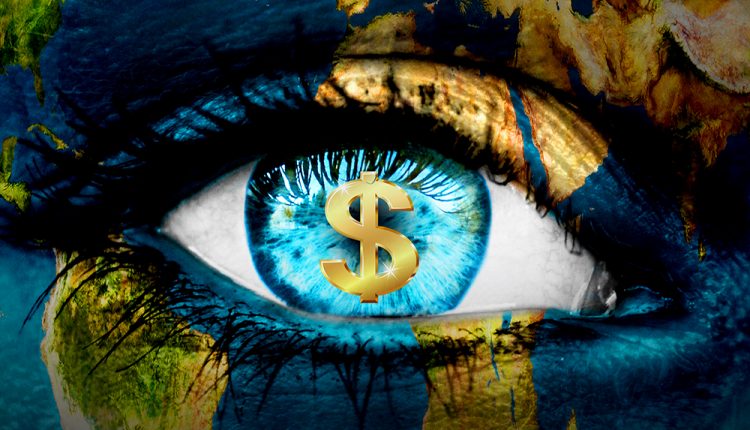 Key to my approach to markets is that they require political stability to thrive – hence the most remunerative markets tend to be found within the most stable nations. They tend to have robust and enforceable legal systems, solid financial infrastructure and a culture enabling transactions and risk-taking. That’s the key to understanding the fundamental strength of the City of London – centuries of stability.

All around the world, we are now seeing a rise in instabilities – triggered by supply chain breakdowns, the supply shocks in Energy and Food, and now wage demands. Nations are struggling with inflation, rising interest rates, higher debt service costs on borrowing, rising bond yields, currency weakness, and how to address multiple vectors of financial instability as they try to hold their financial sovereignty together.

It’s occurring at a time when we seem to have reached the lowest common denominator in the political cycle. That’s a critical problem – voters need leadership in crisis, and they can easily be fooled by populists.

Confidence in a nation’s political direction and leadership is one of the key components of the Virtuous Sovereign Trinity, my simple way of explaining how Confidence in a country, the value of its Currency, and the Stability of its bond market are closely linked. When they are strong – they can be very strong. Strong economies rise to the top.

But, if any one of the Trinity’s legs were to fracture, then the whole edifice could come tumbling down. Which is why we should be concerned sterling is down over 10% this year. It strongly suggests global investors have issues with the UK.

Key to my approach to markets is that they require political stability to thrive – hence the most remunerative markets tend to be found within the most stable nations.

The UK is a good example of what might go wrong. If confidence wobbles in the government’s ability to handle the multiple economic crises now upon us, particularly the rising tide of industrial unrest as workers demand higher salaries to cope with inflation or servicing the nation’s debt, then the UK’s currency and bond markets could come under massive pressure. Investors will demand a higher interest rate to account for the increasing risk inherent from investing in the UK, while the currency could tumble as investors sell gilts to buy less vulnerable more stable nations.

At least the UK is financially sovereign. We control our own currency. Sterling may weaken, but we can always print more to repay debt… Except that would probably cause a global run on sterling as confidence in the UK would further tumble. If the currency leg were to fracture, interest rates would have to rise, wobbling confidence further.

The Virtuous Sovereign Trinity sounds stable, but experience shows it can quickly turn chaotic if issues are not swiftly addressed.

Clearly, the UK has some current confidence “issues” regarding the incumbent political leadership. The growing perception that Boris is a “lame duck” magnifies internationally held concerns about how his government has failed to seize the opportunities (such as they were) from Brexit, doubts about energy and food security, and the apparent dither in policies are all perceived as reasons for sterling weakness and are another reason bond yields are rising as global investors exit.

While the UK’s debt quantum should be manageable – Italy is somewhat different. As part of the Euro, Italy is no longer financially sovereign. It has rules on Debt/GDP to observe (and ignore). But effectively Italy borrows in a collective currency it has no real control over. It has to plead with the ECB for the right to borrow money and will rely on the ECB to announce special measures to make sure its debt costs don’t turn astronomical. Without the ECB, Italy would be heading straight for a debt crisis.

That’s why ECB head Christine Lagarde is desperately trying to guide the ECB towards the establishment of anti-fragmentation policies to stop Italian debt instability leading to a renewed European sovereign debt crisis. Fragmentation means Italian bond spreads widening to Germany – the European sovereign benchmark. It’s a political issue because Lagarde is no central banker, but a politician sent in to lead the ECB to the inevitable compromise that rich German workers will pay Italians’ pensions.

In the USA there is an even larger political impasse developing. The US Supreme Court’s decision – by 4 old men and one catholic woman appointed by Trump – to deny women the right to control their bodies by undoing abortion rights highlights the increasingly polarized nature of US politics. Republicans, and their fellow travellers on the religious right, are delighted. Democrats are appalled.

US politics simply doesn’t work. All efforts by Biden to pass critical infrastructure spending have been stymied. There is zero agreement between the parties – each has destroying the other at the top of its to-do list, rather than rebuilding the economy. The result is increasing doubts on the dollar. It’s a battle the Republicans are winning by dint of managing to stuff the Supreme Court with its appointees. It’s no basis for democracy or market stability.

At the moment the dollar is the go-to currency, and treasuries are the ultimate safe haven. It could change. The world’s attitude to the US is evolving. The West may be united on Ukraine, but global support is noticeably lacking. 35 nations representing 55% of the global population abstained from voting against Russia at the UN. The Middle East and India see Ukraine as a European problem and a crisis as much of America’s making. As the West lectures the Taliban on schooling girls, the Republican party has moved the US closer to a dystopian version of The Handmaid’s Tale of gender subjugation.

As the World increasingly rejects America, then America will reject the rest of the World. Time is limited. The Republican Administration, run by Trump, or kowtowing to him, will likely pull the US from NATO and isolate itself. That’s going to become increasingly clear over the next few years. The dollar, the primacy of Treasuries… will leave a massive hole at the centre of the global trading economy.

It will be particularly tough for Europe. As we seek alternative energy sources, what happens when Trump 2.1 proves as pernicious as Putin and shuts off supplies?

The supreme court decision was clearly timed to come at the Nadir of this US political cycle – a weak president likely to lose the mid-terms in November – when the Roe vs Wade news will be off the front pages. It means the damage to the Republicans in the Mid-Term Elections could be limited – they will still make the US essentially ungovernable for the next 3 years.

If the US was a corporate, it would be a massive fail on corporate governance. But it’s not. It’s the current dominant global economy and currency. Politics and markets can’t be ignored.