The Ubiquitous Chip -Threat or Saviour of the Global Economy?

Making a living as a market strategist is no fun when the market is living in La La Land. But we struggle on. 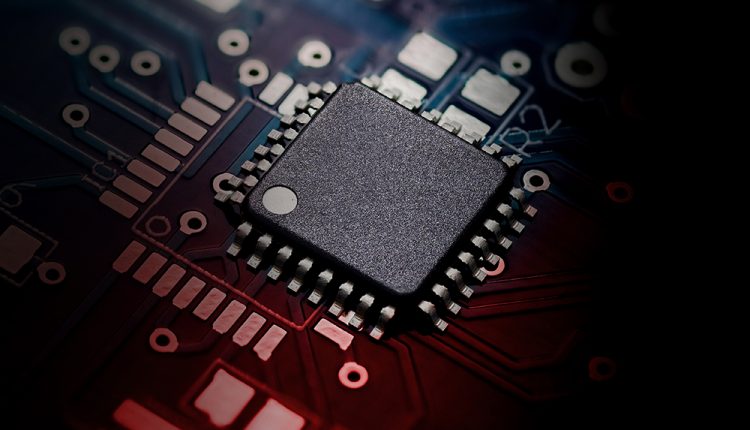 The trick is not to be distracted by the noise and avoid drawing all the wrong conclusions. So, I try not to scream when the market seems blithely unaware of the cataclysm of bad news threatening to overwhelm it.

More often than ever before I find myself wondering if markets have some form of dementia. Stocks suddenly rise a couple of percent when the news sounds unremittingly bad, solely on the basis that tomorrow will likely be better, or that really, really bad news will force Central Banks to give up on monetary tightening – thus making bad news into good news.

Market sentiment is up and down like a see-saw. When senior bankers, like Jamie Dimon of JP Morgan, are telling their banks’ largest clients they see a greater than 20% likelihood of something worse than a hard recession – then maybe it’s time to check your hard hat is a snug fit.

For the last few months, the tone of markets has become more and more confusing. Whether the driver of uncertainty is China, Russia, inflation, war, Ukraine, energy or simple political or central banking ineptitude – the up and down of prices feels like it is making less and less sense by the day. The thing is – these are all known unknowns, things we are aware of, and have worked out how they will hurt us.

As a humble market strategist, I continue to pick the information together to discern probable outcomes. Whether it is raw data, reading through behaviours or seeing patterns in events, there is plenty of information out there – often too much. I try to interpret it and use it to discern what markets might be doing. (The key is to understand markets don’t think – they are just a voting machine.)

But the thing that really knocks-out markets are the no-see-ums – like the pandemic or the energy spike that has routed European economies.

Recently, I was looking at Risk On/Risk Off scenarios and came to the conclusion that US Treasuries will remain the core risk mitigation strategy. What could possibly undermine the mighty dollar?

Chips have become a key strategic resource. No one wants a destructive, costly war over Taiwan, or to wreck the global chip supply.

But then I also figured out the role of the humble computer chip in the global economic picture. Such a small thing could trigger a geopolitical crisis.

Perversely, the global chip business seems to be in short-term trouble. Investors are focused on declining demand for chips as post-pandemic shortages ease, and the rapidly escalating costs of new chip foundries required to make new ones threaten to overwhelm the market. Even as some of the major manufacturers have seen their stock price tumble, global demand for chips is set to double in the next decade – hence the need for greater investment.

On the other hand, semi-conductors (to give chips their proper name) are about the most important component of the global economy. Without chips… nothing works. We would go back to the horse and cart. The imperative from Washington to Beijing is to secure their access to chips.

Chips have become a critical strategic good – and that means they have become a key issue in the geopolitical Game of Thrones being played in the South China Seas.

Here are some points relating to semi-conductors to think about. Chips are ubiquitous:

Chips have become a key strategic resource. No one wants a destructive, costly war over Taiwan, or to wreck the global chip supply. The Chinese have enough on their economic plate – property fallout, the domestic loan market, youth unemployment, plus the ongoing damage of COVID restrictions to contend with. The conflict would simply exacerbate their economic weakness ahead of critical party meetings.

But… If China wanted to inflict economic self-harm by inviting Western Sanctions and lost manufacturing orders, then they could.

The Chinese don’t actually need to invade to thoroughly destabilise the West. All they would need to do is institute a blockade of Taiwan. The West would not be certain of global support against such a move. If the Chinese frame it as domestic police action, the same countries that failed to rally against Russia’s invasion of Ukraine – critically the Gulf States – may decide to withhold support and wait and see how it plays out.

A global shortage of chips will swiftly impact the West’s manufacturing capabilities, closing down the auto sector and causing chip rationing towards defence spending. It would be dangerous – a blockade would raise the likelihood of mistakes, miscalculations and raise the risk of confrontation turning a cold war hot.

Sprinkle in some more confusion – like a new Trump administration likely to unravel the Western Democratic Alliance and break NATO. Trump had his successes, but his first presidency was an unmitigated disaster in terms of America’s international standing and relationships. He offended US allies and diminished the reputation of the Bastion of Democracy as a reliable partner. Should Trump’s new MAGA republicans win the mid-terms it will further change the signals – perhaps encouraging China to take a risk on Taiwan’s chips…