The US Dollar’s Value in 2022 and Beyond

In the face of rising inflation and robust economic growth, assurance that bond purchases will be reduced by $30 billion per month beginning in January 2022 has boosted confidence in the dollar. 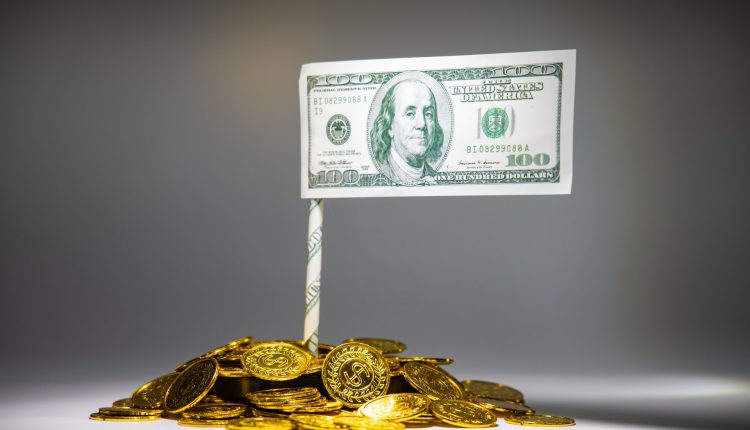 However, the dollar’s recovery in 2022 is far from certain due to global economic healing. Let’s look deeper into this year’s US dollar news and see where a USD estimate for 2022 could lead us. This article will help you decide whether to buy USDC or another cryptocurrency this year or invest in other traditional assets.

However, with positive labor data and an expanding economy, several things could favorably affect a US dollar projection. However, the combination of economic depression and inflation concerns ensures that uncertainty persists. Let’s take a glimpse at some of the determining elements.

The Federal Reserve (Fed) has maintained a relatively loose monetary policy throughout the pandemic. However, the central bank has been forced to taper quantitative easing, with the November Consumer Price Index reporting a 6.2% increase (the highest inflation increase in more than 30 years).

Before delving into recent events, consider the monetary policy narrative of the last year.

During the worst pandemic, the US Federal Reserve reduced interest rates to a record low of 0% to 0.25%. It launched a quantitative easing program, purchasing $120 billion (£89 billion) in monthly bonds. The US dollar weakened in 2020 due to the Fed’s ultra-easy monetary policies.

The Fed raised its growth forecast in early June, stating that two interest rate hikes were probable in 2023. It did not expect any rate hikes in 2023, instead anticipating the first increase in interest rates in 2024 at the initial meeting. As a result of the statement, markets rallied, with the US dollar seeing its most significant one-day gain since March 2020.

The Fed repeated in early August that while inflation remains low, interest rates would not be raised until 2023. Despite recent CPI statistics indicating the most significant inflation increases in decades, the Fed has since reversed its attitude.

In response to the inflation increase, Wells Fargo senior economist Sam Bullard stated that the supply disruptions and the recovery of services offer a considerable concern that higher-than-expected inflation may endure for longer than the Fed believes.

Moreover, he continued that they expect goods inflation to pass the baton to services over the next year. However, the supply chain constraints will continue to feed the flames of inflation in the short term.

The Fed stated on December 15th that while interest rate hikes would be delayed until labor market conditions “had reached levels sustained with the Committee’s assessments of optimum employment,” net asset purchases would be reduced by $20 billion for Treasury securities and $10 billion for agency mortgage-backed equities per month beginning in January.

Forecast for the US currency in 2022: Rising retail sales

When comparing October to September, department store sales were up 2.2%, electronics sales increased 3.8%, and internet shop sales increased 4%. While these data provide solid evidence that the US economy is improving, it is crucial to highlight that higher levels of inflation skew sales figures.

Since inflation rose 0.9% in October, rising prices can account for roughly half of the increases.

Despite ongoing uncertainties and continued volatility, there are numerous reasons to be optimistic about the US dollar.