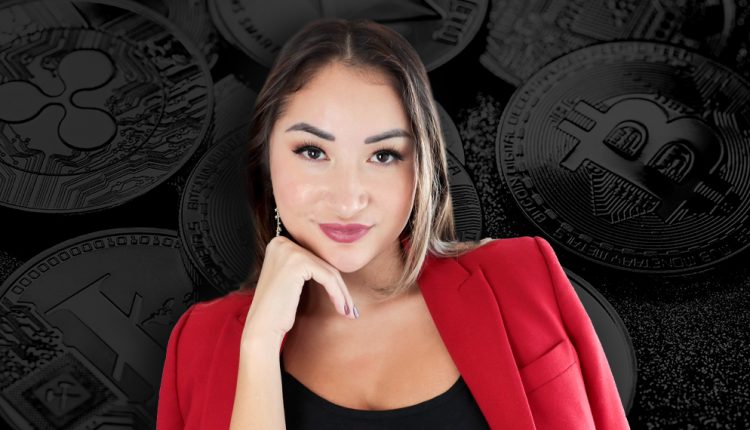 With 7+ years of experience in the financial services industry and her global perspective, the entrepreneurial-minded Lissele is a recognised expert in financial technology, cryptocurrency and international payments.

Lissele’s hard work and determination landed her a spot on the Forbes 30 Under 30 Finance list in 2021. She has also been shortlisted for this year’s Great British Businesswoman Awards, European Women in Finance awards and the Women in Finance UK awards.

This month, social media mogul Kim Kardashian was charged $1.26 million by the Securities and Exchange Commission (SEC) for failing to disclose that she was paid £250,0000 to promote Ethereum Max on her Instagram page.

The rise of social media influencers has been a boon for many industries, but the crypto world is still divided on whether or not they are helpful to the space. Some believe that influencers are a necessary evil, helping to bring awareness to a still largely unknown industry. Others think they’re nothing more than shills looking to make a quick buck off unsuspecting investors.

So, what’s the truth? Are crypto influencers a curse or blessing for the FinTech industry?

The Rise of Crypto Influencers

If you’ve ever scrolled through your Twitter or Instagram feed, you’ve likely seen an influencer in action. Influencers have become a mainstay in our social media-driven world, from promoting a new product to simply sharing their daily life with followers.

The crypto industry is no different. In recent years, we’ve seen the rise of crypto influencers – individuals who use their social media platforms to promote cryptocurrencies, initial coin offerings (ICOs), and blockchain-based projects.

Crypto influencers come in all shapes and sizes. Some, like Kim Kardashian, have millions of followers and can command a handsome fee for a single post. Others, like aspiring YouTubers and Twitter personalities, are just starting to build their followings but are no less enthusiastic about the industry.

According to Influencer Marketing Hub, crypto influencers make around $500 to $1500 per thousand views. If you look at an influencer’s average views for a video for a month, and the video views are around 10,000 views, you will make approximately $5,000 to $15,000.

The Benefits of Crypto Influencers

There’s no doubt that crypto influencers have the potential to reach a large audience and bring much-needed attention to the industry. After all, the more people are aware of cryptocurrencies and blockchain technology, the more likely they will invest in them.

In addition, some crypto influencers are true believers in the technology and can help to promote its use cases and potential benefits to the mainstream world.

However, not all crypto influencers are created equal. Unfortunately, many promote dubious ICOs and pump-and-dump schemes.

A pump-and-dump involves artificially inflating the price of an asset through false and misleading positive statements to sell the asset at a higher price. Once the price has been pumped up, the perpetrators will then dump their shares. This results in the price crashing, and investors left with worthless assets.

As mentioned earlier, Kim Kardashian has recently been involved in what the class action case deemed a pump-and-dump scheme.

In response to the case, SEC Chairman Gary Gensler said it was a “reminder” that celebrity endorsement did not necessarily make a product worth investing in.

FaZe Clan and Save the Kids

Another famous example of a pump-and-dump scheme is the FaZe Clan and Save the Kids crypto fiasco. Several members of the organisation promoted a new altcoin: Save the Kids. They generated interest in the cryptocurrency through a series of Tweets, videos and even announced themselves as brand ambassadors on their websites. The idea was that a percentage of the proceeds would go to a Children’s charity.

People bought into the coin, and shortly after, it plummeted by a whopping 60%. The members of FaZe Clan that were involved in the scheme pumped interest into Save the Kids and then pulled the rug from investors, causing the price to crash.

Another notable example is the $SQUID Game coin, named after the popular Netflix show. Although the coin had nothing to do with the show, it still managed to create a lot of buzz due to the popularity of the show. Influencers were quick to jump on the bandwagon and started promoting the coin.

The coin soared from just over a cent to $2,800 in a short period. However, after reaching this peak, it fell back to only a few cents a few minutes later.

It is essential to be realistic about the fact that most influencers are not financial experts and may not fully understand the risks involved in investing in crypto. In addition, influencers are paid to promote particular projects, which means that they may not be impartial.

Working with reputable brands that are transparent about their fees and have a good track record can help to mitigate some of the risks associated with crypto investment. For businesses looking to use influencer marketing to promote their project, it is essential to vet the influencers carefully and make sure they are a good fit for your project.