Markets around the globe think we dodged a bullet from the recent US Midterm Elections. 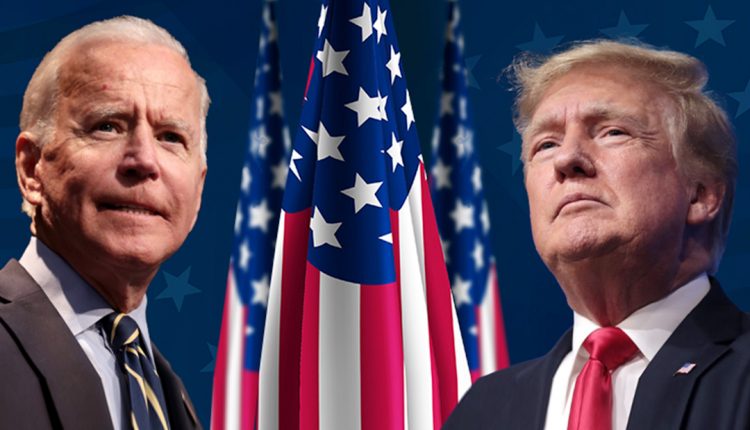 Polls suggesting the Republicans would convincingly win the Senate and Congress, pushing President Joe Biden into lame-duck irrelevancy, while confirming increasing polarisation and political gridlock across the economy proved wildly wrong. US voters chose to forget the Orange Ghost of President’s past, rejecting Donald Trump’s raft of election deniers.

Trump was left looking humiliated but will still stand for the Republican nomination in 2024. The consensus is any sound conventional Republican should beat him.

Had his candidates fared better, and a Trump-led MAGA-dominated party seized both houses, global markets would now be severely concerned about the risks to global trade from increasing US protectionism and isolationism, and the US pulling back from its global hegemon role by withdrawing support for Ukraine, plus the possibility Trump would threaten to pull the US out of NATO in response to Yoorp’s perceived slights on his divine personage. Trump would happily unravel global trade and security for another four years free of the threat of court action.

Fortunately for the global economy – which has been uncertain enough this past year – Biden and the Democrats held the Senate! It means they retain control of many levers of the State – theoretically; they still have to deal with serial troublemakers like Joe Manchin and Kyrsten Sinema who block Democrat legislation even more effectively than the other side. The Republican majority in Congress is razor thin, meaning there are deals to be done to move the US economy forward.

The next couple of months will determine where the US economy is likely to be in November 2024. If inflation continues to ease, the US could be coming out of a thin recession early with growth back online strongly.

The US Midterm Elections are always interesting – but make little sense to outsiders. Why do the Americans have a system which is pretty much designed to ensure any sitting US President will spend an inordinate amount of time domestically politicking, with at least half the House against him at least half his time in office?

It would seem to be a very inefficient form of government from an enabled leadership perspective. Perversely, some of the greatest stock market gains are made following the mid-terms! The data shows stocks gained 17/19 times following midterms. Markets perceive gridlock as a marvellous thing – stopping presidents from spending money or raising taxes to do anything meaningful to the domestic economy.

From the outside, the polarisation of gridlock looks like political madness, but it’s created the compromise politics that drive the US. Political management is simple and very transparent – if a sitting president’s party wants to achieve anything it has to bribe the opposition majority to achieve it.

It sort of works.

However, the headline numbers from the Election hide some fundamental crisis points.

The first is the great age of leadership in both parties. Nancy Pelosi, the retiring Democrat leader of the house of representatives is 82. Mitch McConnell, the leader of the Republicans in the Senate is 80. Biden is 78. They hardly share the same ideals as the young, struggling masses who make up the 84% of Americans under 65. The idea of Biden taking on an equally senile Trump will not fill markets with a sense of here are two men razor fit to command and control the most powerful armed forces the world has ever seen in an increasingly hostile geopolitical landscape.

The question is who replaces them?

Both parties have younger leaders in the wings, but Ron DeSantis, Florida Governor, and the current Republican bright-young-hope sounds much like Trump and focuses on the same support base. Stars of the Progressive Democrat wing, like Alexandria Occasion-Cortez, stand too far left to appeal to the majority of the small number of swing voters required to win an election!

The problem is new leaders from the extremes of each party are unlikely to seize the key middle ground voters – and will simply widen the bitter polarisation seen in US politics, egging on militia and QAnon supporters. Even moderates will be accused of standing for Left-Wing Extreme Wokery or Right-Wing MAGA Libertarianism – pushing away the key voting constituency. After years of Trump, there are few moderates left on the Republican bench – leading to risks of party fracture on left-right fault lines.

Even as the parties struggle to identify their futures, there is the economy to consider. The next couple of months will determine where the US economy is likely to be in November 2024. If inflation continues to ease, the US could be coming out of a thin recession early with growth back online strongly.

Or, we may see the US Federal Reserve contending with strong and more persistent inflation, driven by a long and painful global recession and fundamentals like increasing wage demands (which make transitory inflation spikes into long-term cycles of wage inflation), causing interest rates to remain punishingly high. In such as case the US economy may not be immune to a global slowdown – and the election of 2024 could be an economic gift to the right wing.