With the impending prospect of Article 50, how should the savvy prepare? Here Finance Monthly benefits from an expert answer, authored by István Bodó, Amaury DeMoor and Karan Lal of REL, a division of The Hackett Group. The British referendum vote makes a mark in the European Union’s history, as the United Kingdom has taken […] 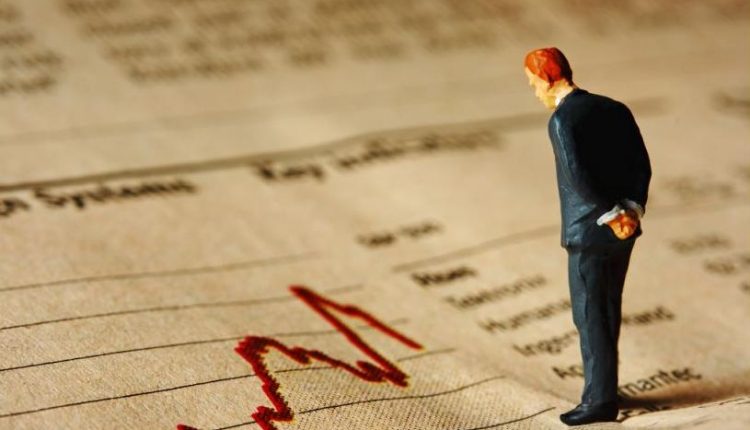 With the impending prospect of Article 50, how should the savvy prepare? Here Finance Monthly benefits from an expert answer, authored by István Bodó, Amaury DeMoor and Karan Lal of REL, a division of The Hackett Group.

The British referendum vote makes a mark in the European Union’s history, as the United Kingdom has taken the decision to leave the EU and will become the first nation to ever leave the union.

This slightly unexpected outcome of the vote prompted jubilant celebrations among Eurosceptics around the continent and sent shockwaves throughout the global economy causing a new “Black Friday” across the major European financial markets. Stock exchanges in Germany and France ended down 6.8% and 8% respectively. Since the British, Italian and Spanish stock markets also had losses above 12%, this was the worst drop in a day since the 2007-2008 global financial crisis.

Though financial markets soon recovered, uncertainty remains amongst both the European Union and United Kingdom, as a big question mark lies on the future of their relationship and the synergies that lie within.

From the perspective of the remaining EU countries, the United Kingdom has been a very strong and influential member. The UK is often considered to be the bridge between the EU and the rest of the world due to its historic Commonwealth and political strength around the world. With this relationship now at risk and major decisions in the hands of politicians, this is creating nervousness amongst organisations. Failure to sustain current relationships and trade deals could be damaging for both sides.

Many argue that the EU is a more important trading partner for the UK than the UK is for the EU. However, with the UK’s strong demand for imports from the EU, with special emphasis on the pharmaceutical and manufacturing industry, this is an important factor that needs to be taken into consideration.

In value terms the trade surpluses with the UK are concentrated in a small number of EU countries – Germany, in particular, as the UK is its third most important business partner with 120 billion euros in different goods and services being sold to the UK. Trading with the UK after a formal Brexit may become difficult and more expensive for German and other European companies as new customs and regulations may be implemented. This could have significant impact on the German automobile and engineering industry, considering that every fifth car sold abroad goes to the UK.

Whether the long-term impact of Brexit will cause a shift in European Union business to the rest of the world or will result in a genuine loss in business is unclear for the time being. It is therefore imperative for organisations to be strategically flexible and prepared for either outcome. By capitalising on opportunities to release working capital, organisations can weather economic downturns, as well as fund new opportunities that may be on the horizon.

Importance of working capital and cash

Working capital is the amount of cash that is tied up in a company’s day-to-day operations. It is important that all three components (accounts receivable, accounts payable and inventory) receive focus to realise maximum cash benefit opportunities and identify and tackle inefficiencies in processes and procedures (Fig. 1). Organisations across Europe have significant opportunities, not just to strengthen their balance sheet but also to move towards world-class working capital performance – in fact, companies could release more than 229 million euros within their receivables, payables and inventories per 1 billion euros of sales.

By highlighting days inventory on-hand and days payables outstanding, median- performing companies have an above 50% improvement opportunity, which can yield and support substantial cost optimisation opportunities, whilst also releasing cash to help fund acquisitions, product development or other investments (Fig. 2).

Another important aspect of shifting from median performer to world class is the higher focus on continuous improvement and sustainable results that becomes part of the company culture, making the whole organisation more effective and efficient. Companies achieving world-class working capital performance are likely to be high performers in other operational areas as well. They are the businesses that not only respond and adapt to changes in competition and customer preferences, but they are also leading the change and capitalising on emerging growth opportunities.

Although the unknown potential impact of Brexit cannot be directly compared to the global financial crisis of 2007-2008, key lessons can be learnt from that period, as poor total working capital management was a key factor in several liquidations. In these situations, cash reserves were not sufficient enough to run operations and whilst at the same time banks were reluctant to increase credit.

How will Brexit shift business?

Britain leaving the union could lead to a shift or loss in business for EU companies. The pound falling to historic low levels against the euro has significantly dented the purchasing power of the United Kingdom. It is for this reason that many UK companies will look to source domestically, as well as outside Europe in an attempt to hedge against the fall in pound sterling.

Although Article 50 has not formally been put into motion and formal negotiations with the EU have not yet begun, the UK already is turning towards her Commonwealth, as Prime Minister Theresa May has already visited India in late 2016. The British prime minister was also the first to formally visit US President Donald Trump in January 2017, as part of the special and historical relationship both nations share with each other. Meanwhile, the EU has also turned its attention to the rest of the world by entering a free trade agreement with Canada in October 2016.

With such sudden political shifts, European-based companies are at potential risk to face a loss of business, as the majority of UK imports currently come from Europe, with Germany, Netherlands and France being the top three exporting countries to the United Kingdom (Fig. 3). Whether Brexit translates to a shift or loss of business for European-based companies, in either scenario it is imperative for businesses to have a well-managed working capital programme and a well-embedded cash culture that enables smooth adaptation to the new economic environment Europe will face. Achieving a healthy level of total working capital proves to be the less risky option, especially in times of economic uncertainty, and provides companies the ability to stay flexible and resilient against sudden changes. Therefore, initiating total working capital improvement programmes covering accounts receivable, accounts payable and inventory are strongly recommended.

London is heavily backed to remain the top financial centre in Europe despite exiting the EU. This is largely due to the fact that other European cities such as Frankfurt, Paris and Dublin simply do not have the capacity, resources, culture and educational infrastructure to become a London-like city. With the United Kingdom’s strong political connections to the rest of the world, London also remains the stronger candidate for foreign capital investment.

It is for this reason that the shift in jobs and business is likely to remain minimal for the financial services industry but might be different for core European industries such as manufacturing and pharmaceuticals. With the United Kingdom largely importing from both the manufacturing and pharmaceutical sector (Fig. 4), these industries, in particular, are likely to face either a decrease or loss in business, assuming the risk that the United Kingdom will no longer be part of the single market and the continuous weakening of the pound. Due to its capital intensive nature and sensibility to economic swings, the working capital requirements of the manufacturing and pharmaceutical industries are generally higher in comparison to industries such as consumer goods and services. This is largely driven by the complexity of the supply chain and the varying working capital performance across sub-sectors, such as plastics, metals, machinery, fabricated products, building products, etc. In addition, the high cost of goods sold directly affects payables and inventories, making working capital performance even more important. To withstand the potential impacts ahead, detailed analysis and assessments must be made in the receivables, payables and inventory areas in order to implement strategies to optimise working capital and use the extra cash to cushion volatility.

On the path to recovery from the global financial crisis, interest rates in the eurozone have hit their lowest point in recent history. The decisions made by the European Central Bank (ECB) and backed by ECB president Mario Draghi are largely driven to encourage borrowing across the eurozone, in order to grow and stimulate the economy following the financial crisis. Though the eurozone has by a close margin recovered from the crisis, interest rates have remained low due to inflation targets of 2% not being met.

The currently low price of oil is a major contributing factor to low inflation, as oil is the eurozone’s biggest import; thus, a future increase in oil prices could put the eurozone back at higher inflation rates and increase the likelihood of higher interest rates.

With interest rates currently low and business loans looking attractive, many businesses take the easy route to borrowing money, instead of optimising their working capital. Though many organisations benefit from such a low interest climate in the short run, working capital optimisation proves to be a more sustainable path for the long term, as it shows managerial efficiency, attracts investors and, most importantly, frees up cash. Having the ability to free up cash by improving internal processes always adds value, as it allows organisations to eliminate inefficiencies and remain flexible and dynamic in facing economic uncertainties such as Brexit.

The unknown impact that Brexit will have on the European Union and the United Kingdom further adds to the uncertainty and nervousness of businesses affected by the move and may lead to delays in investment decisions. Though the UK will hope to retain access to the European Common Market, major European companies will be watching closely as this could have significant impacts on the products they export to the United Kingdom.