Co-op Bank Puts Itself Up for Sale

Following a reported significant loss last year, the Co-op Bank has announced its bid for sale, inviting offers to buy all of its shares. The bank’s so far struggle has bene put down to low interest rates and the unexpected high cost of turning the bank around after a near-collapse in 2013. The sale of […] 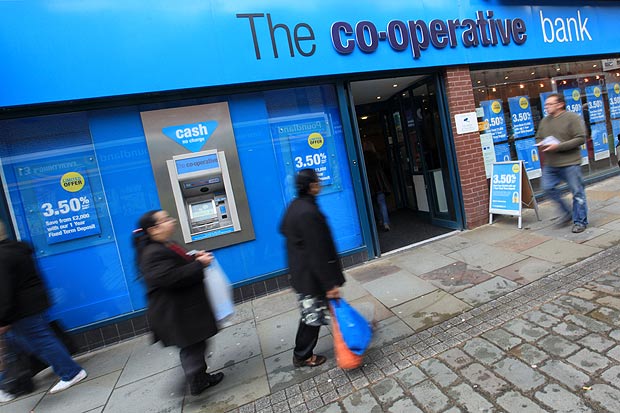 Following a reported significant loss last year, the Co-op Bank has announced its bid for sale, inviting offers to buy all of its shares.

The bank’s so far struggle has bene put down to low interest rates and the unexpected high cost of turning the bank around after a near-collapse in 2013.

The sale of the bank will also have an impact on customers of the Britannia brand, which Co-op Bank merged with back in 2009. Although all customers Are protected by the Financial Services Compensation Scheme (FSCS), which provides protection to up to £85,000 of an individual’s deposits in the eventuality of the bank failing. However, for now ‘business as usual’ is the word on the street. A full message to its customers can be read here.

A group statement on the Co-op Group website reads: “As a minority investor in The Co-operative Bank, the Co-op Group is supportive of the plan to find the Bank a new home. We will continue to work with the Bank and other investors through the process. We are focused on finding the best outcome for our members, two million of whom are Bank customers, as well as the members of our shared pension scheme which is well funded and supported by the Group. Our goal is to ensure the continued provision of the type of co-operative banking products our members want.”

There is no news so far on a potential buyer, and a full takeover is uncertain on the horizon.

According to the BBC, Dennis Holt, bank chairman, said: “Customers value the Co-operative Bank and our ethical brand is a point of difference that sets us apart in the market.

“While our plan has been impacted by lower for longer interest rates, the costs associated with the sheer scale of the transformation and the legacy issues we faced in 2013, there is considerable potential to build the bank’s retail franchise further using the strength of the brand, its reputation for strong customer service and distinctive ethical position.”