The UK is set to be one of biggest winners from the EU-Canada CETA free trade deal. With 10,570 companies already exporting a wide variety of goods from baby wipes to aircraft parts to Canada and supporting over 240,000 jobs, the UK economy is in the best position to benefit from the removal of import […] 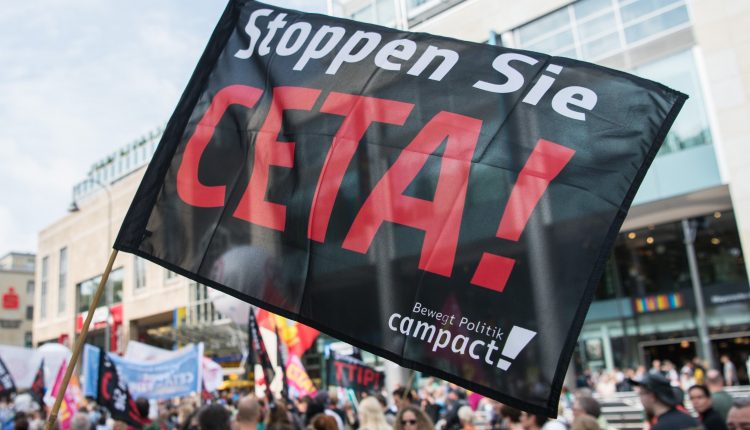 The UK is set to be one of biggest winners from the EU-Canada CETA free trade deal. With 10,570 companies already exporting a wide variety of goods from baby wipes to aircraft parts to Canada and supporting over 240,000 jobs, the UK economy is in the best position to benefit from the removal of import duties, lifting of barriers and potential trade growth, according to data from a new web tool on CETA published by the European Commission.

And it is not only big business that is taking advantage of the free transatlantic trade as 79% of the EU exporters to Canada are small and medium-sized enterprises.

In exports to the second biggest North American economy, the UK is ahead of both Germany and France which have 10,464 and 9,732 companies respectively selling goods and services to Canada and significantly fewer jobs benefitting from that trade – 141,000 for Germany and 77,000 for France. Whilst there are more Italian companies (13,147) trading with Canada, they only employ about 63,000 people in total.

“CETA in your town”, the new interactive map and tool developed by the European Commission, gives a snapshot of EU-Canada trade relations by drawing on a subset of the many companies in cities and towns all over the EU that export to Canada, with examples of products they export.

The trade with Canada is spread fairly evenly across the UK and across business sectors, the map shows. The leading Welsh town for exports to Canada, for example, is Swansea with three companies exporting foam masking tape, ores, slag and ash, bottle closures. Belfast has six companies selling carpets, pharmaceuticals and animal feed to Canada. Glasgow’s exports include steel fittings, theatrical goods and alcoholic beverages supplied by some 10 companies with a further ten businesses in Bristol selling a range of items such as aircraft parts, cereals and baby wipes.

The Comprehensive Trade and Economic Agreement (CETA) between the EU and Canada is expected to save exporters over £425 million (€500 million) a year in import duties. It was signed by the President of the European Commission Jean-Claude Juncker, the President of the European Council Donald Tusk, the Prime Minister of Slovakia Robert Fico, and the Canadian Prime Minister Justin Trudeau on 30 October 2016, but the deal still has to go through two main stages of democratic oversight. First, the European Parliament must give its consent to CETA for it to apply provisionally. The second stage involves parliaments in EU countries and only once they approve the agreement will CETA come fully into force.