The Consumer Prices Index (CPI) recently measured annual inflation at 1.8% in January, which is 1.6% rise since December’s figure. This represents the fourth consecutive that the inflation rate has seen a rise, and the highest in over two and half years, since June 2014. Alongside this, according to the RAC, fuel prices hit a […] 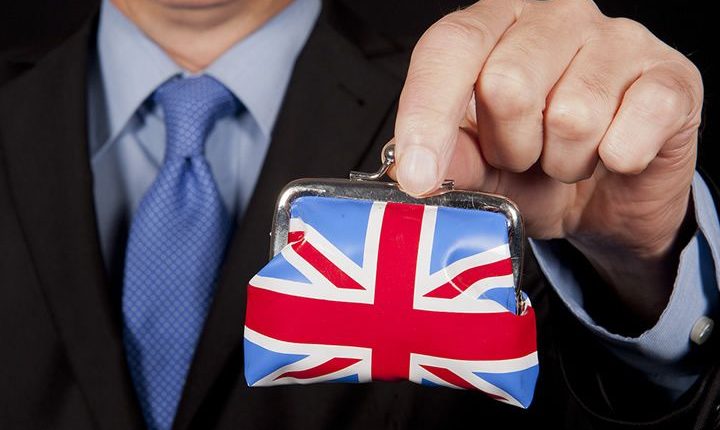 The Consumer Prices Index (CPI) recently measured annual inflation at 1.8% in January, which is 1.6% rise since December’s figure. This represents the fourth consecutive that the inflation rate has seen a rise, and the highest in over two and half years, since June 2014.

Alongside this, according to the RAC, fuel prices hit a two year high this month, while on the other hand the prices of clothes and trainers have fallen compared to this time last year. So, what’s happening with the UK’s economy, and why is the country’s inflation rate pumping month on month?

Below we’ve heard comments from a number of economy specialists and market analysts, who have given their say on the latest inflation rise.

I believe Inflation is going to continue to present a problem in 2017 as the weaker pound continues to put pressure on raw material and fuel costs for business and consumers. The UK as a net importer relies on buying more from overseas than it sells to the rest of the world. Whilst the recent bout of sterling weakness has made UK goods much cheaper to foreign investors, as the weaker pound and higher inflation gently feeds into the economy the longer term effects are less beneficial.

The pound has fallen some 15-20% against most currencies since the Referendum result in June 2016. With the UK relying on imports of raw materials from overseas the rising price of certain goods is now feeding into a higher Inflation rate for the UK. The reason the effects of this have taken time is because many businesses that buy goods from overseas will have fixed the price many months before the goods were physically purchased. As time goes on and the pound remains weaker against its counterparts the price for companies to buy raw materials from overseas will be lower meaning for them to remain profitable they must raise prices.

With Brexit negotiations likely to commence in the coming weeks and there remaining huge uncertainty over what to expect I expect sterling will come under further pressure pushing Inflation higher again. The coming months will also see many businesses importing from overseas needing to renew their contracts fixed last year when the pound was stronger. These new contracts will be more expensive as sterling is weaker leading to a prolonged period of higher inflation as businesses seek to remain profitable.

As we are seeing with the recent trends Inflation rising in inescapable given the economic conditions. Whilst sterling has found some better ground as we have some certainty over the commencing of Brexit I feel there is a long way to go before the pound will be strong enough to make up for the effects on the rate of Inflation, some of which are still to be felt in the coming months. Businesses looking to buy goods from overseas should be planning carefully their future contracts to mitigate for further sterling weakness.

Today’s news about inflation increasing to 1.8% comes as no surprise. Given the very significant fall in the pound following Brexit the costs of imported materials, especially fuel, were bound to rise. Moreover, it is likely that inflation will continue to rise as increased costs continue to feed through to retail prices.

It is difficult to predict just how high inflation will go, but we are potentially looking at a peak value between 3.1 and 3.8 percent, probably around the end of 2017. It is also likely that the peak inflation rate will be substantially greater than pay rises, so real wages will fall a bit on average. This is likely to reduce consumer demand and, as a result, the growth rate in the last half of 2017 and the first half of 2018 is likely to be lower than it would have been in the absence of Brexit. Inflation is likely to start to fall during 2018.

What happens to the UK economy after 2017 is anybody’s guess. It will depend on how well the negotiations on Brexit proceed and also on news about new trade deals after Brexit in 2019. One particular issue that we all need to keep a close eye on, is the potential impact of Brexit on investment by overseas companies in the UK. If this does not decline then it will bode well for the long term. However, if it goes into a sharp decline then Brexit will start to look like a failure.

The only thing we know for certain is that Brexit has increased economic and political uncertainty both for the UK and for Europe as a whole.

Annual inflation rising to its highest figure since June 2014 was an inevitable consequence of the devaluation in sterling over the past eight months following the Brexit vote.

Generally speaking, there has been a downbeat feeling for some time that inflation will steadily worsen, but I don’t completely agree and prefer to adopt a more positive outlook.

Though the figure released by the Office for National Statistics rose from 1.6% to 1.8%, this is still less than it was expected to be at this stage and I feel that while it is an issue, it is perhaps not as big an issue as it was forecast to be – so the outlook is not entirely gloomy.

That said, should the Pound drop again following the notification of Article 50, then thus would inevitably create further inflationary pressures. Time alone will tell and even financial experts cannot predict the future with certainty.

In my opinion, I feel that the worst/hardest Brexit possible is already priced in and – allowing for temporary fluctuations – I do not think the Pound will weaken further – if anything, I feel it will start to strengthen at some point,

The bottom line is that inflation may well pick up further, but I don’t think it will massively overshoot the 2% target and therefore it is not the end of the world!

In summary, I feel people should expect, and also get used to, slightly increasing prices, but largely offset by salary increases which are still keeping pace – or in many cases exceeding – the rate of inflation.

In a world where people and financial experts tend to err on the side of caution – with good reason – I admit I have a much more optimistic take on the future and prefer to always expect the best rather than the worst.

After Brexit, there was an inevitably sharp slump in the value of the pound. This became one of the catalysts for the rise in inflation that we are seeing now. The weakened pound instantly affected imports and consequently, raw materials and goods became more expensive to buy with sterling. The upturn in price pressure forced shops to raise their prices, where consumers saw the cost of everyday products like Marmite increase by up to 10%.

As household incomes feel the pinch of higher living costs, accompanied by an uncertain job market, we are seeing signs of the property market softening. There is a strong connection between (rising) inflation rates and property prices. Some property owners may be excited by the price increase on their home, but when this is accompanied by rising inflation the real increase is negligible. This is because of the growing cost of building materials. If the price to build goes up, less properties will be built, which directly impacts the market’s levels of supply and demand. Not to mention the correlation between interest rates and inflation, whereby if less mortgages are taken out that means less people are getting on the property ladder.

‘Caution’ may still be the operative word to describe the property market for many economists and property researchers, but we are still seeing banks lending, developers building and buyers purchasing homes. Nationwide predicts price growth of 2% for 2017, which is higher than most, despite it being more than half of 4.5% growth last year. The key point is that now, while the top end of the market (£1m+ homes) has taken a hit in both price and transaction levels, the <£1m market has soldiered on admirably amidst rising inflation rates and Brexit. Therefore, the tale of the UK vs. London property market (or even Slough versus Chelsea) will tell two very different stories, especially for how inflation will affect those consumers and their behaviour.

Low inflation and strong consumer spending have been two of the dominant features of the UK economy in recent years, driving GDP growth to exceed the Bank of England’s expectations during the post-Brexit vote period. But sterling’s sharp fall in the wake of the EU referendum has set the UK on an inflationary path, while at the same time consumers have dialled back spending sharply.

We’ve yet to see the bulk of the inflation expected in 2017 due to past depreciation in sterling. For example, inflation in food items is only just beginning to pick up due to cutthroat competition in the supermarket sector. Recent survey data also points towards surging input costs for manufacturers. So, despite January’s year on year CPI inflation being the highest since 2014, we’re likely to see even higher figures in the near future.

How the consumer reacts is crucial. The fall in consumer spending in the three months to January was the first since 2013, but it’s a volatile data series and the move could simply be a small pullback after a long, steady upwards trend. However, the timing coincides with an increase in average store prices, suggesting that as prices continue to rise consumers will keep dialling back, potentially resulting in a significant GDP slowdown in 2017.

The UK economy has indeed exceeded almost all expectations for the post-referendum period, resulting in criticism of the Bank of England’s alarming forecasts. But with inflation beginning to bite and a big question mark hanging over the direction of consumer spending, the UK economy could lose the underwrite it has long enjoyed from a strong consumer. The BoE’s initially dire predictions could ultimately be proved correct.

The data shows a mixed picture, with consumer inflation coming in slightly below market expectations (1.8% vs. 1.9% expected), while manufacturing prices show a slightly higher inflation than expected. This would indicate to us that a further rise in inflation is due, as the rising costs of goods are still to fully filter through to the consumer. However, whilst it is currently popular to panic about the economic data in the wake of the Brexit vote, we would point out that inflation is still below the Bank of England’s 2% target and the current rise in inflation is a one-off event due to the devaluation of Sterling. The markets expectations have been dashed this morning and as a result the Pound has lost about 1 cent to the US Dollar and about 0.8 cents to the Euro.