Is Brexit Going to Harm Your Commercial Contracts?

As Parliament has now confirmed the implementation of Article 50 and the notification that the UK will commence negotiations to leave the EU tomorrow, the 29th March, FDR Law’s Commercial Partner John King, considers how commercial contracts could be affected by Brexit. The Prime Minister has now announced the formal Brexit negotiation process will now […] 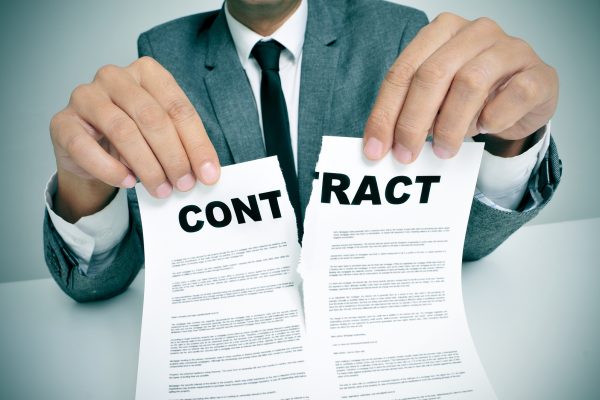 As Parliament has now confirmed the implementation of Article 50 and the notification that the UK will commence negotiations to leave the EU tomorrow, the 29th March, FDR Law’s Commercial Partner John King, considers how commercial contracts could be affected by Brexit.

The Prime Minister has now announced the formal Brexit negotiation process will now be triggered Wednesday 29th March, following which the UK will then have two years to negotiate an exit deal. This commencement of the exit provisions has now been authorised by Parliament and it is expected that the Prime Minister will make a speech next Wednesday in the House of Commons to set out her aims, shortly after invoking Article 50.  For the time being, EU law continues to apply until the exit negotiations are finalised and it has been suggested that the task of reviewing and, where appropriate, repealing or amending legislation could take up to 10 years.

Both in the run up to and following Brexit, Britain will clearly continue to do business with the rest of the world, so it is important to understand what ‘rules’ are likely to apply to commercial contracts which underpin their business relationships, particularly with EU companies. So to what extent will developments during the negotiation period affect some of the commercial and legal areas?

On the face of it, many commercial contracts would seem to be neutral as to whether the UK left or remained in the EU. They are generally less heavily regulated than many other areas of law, and, as the name suggests, tend to be based on the commercial bargain between the parties. But what if that commercial bargain is in itself significantly affected by Brexit? Now is a good time to start identifying any potential risk areas in your commercial contracts. These could include increased trade barriers, currency fluctuations, the territorial scope of your agreements, and changes in law.

Short term contracts are less likely to be affected by the UK leaving the EU due to the two year negotiating window that will start once Article 50 is invoked. This negotiating period should give both parties time to consider how the terms of Brexit might affect their longer term contractual arrangements and give rise to re-negotiation.

Before entering into any new contracts with corporates in other EU Member States, careful consideration should be given to these areas if the contract is likely to continue post Brexit, and you should seek to provide provisions in the contract that might include:

The greatest economic impact is being felt by businesses bringing in materials from abroad. Both the annual and monthly rate of producer price inflation increased in February 2017. Output prices rose 3.5% on the year to January 2017, which is the seventh consecutive period of annual price increases and the highest they have been since December 2011. Prices for materials and fuels paid by UK manufacturers for processing (input prices) rose 19.1% on the year, a slight decrease from the year to January 2017 but the second fastest rate of annual growth since September 2008*. The expectation is that in the event that Brexit means that the UK ends up trading with Europe under WTO (World Trade Organisation) rules, anticipated EU import tariffs would add approximately 10% to the price of UK goods sold to the EU. Any party to a contract that is no longer economically viable will need to review their contractual (and common law) termination rights to see how quickly they can bring the contract to an end or whether the contract offers opportunities to re-negotiation the commercial terms.

If any of your key contracts are likely to be affected by Brexit, you could consider seeking to negotiate amendments to terms that are materially affected. It is also worth considering whether the contract contains any contractual remedies that could be triggered by Brexit.

Trade deals with the remaining EU states are highly likely to take several years longer than that. In the meantime, the ramifications of Brexit will hopefully become clearer so that businesses are able to confidently deal with any contractual issues that it may bring.