A few weeks back headlines were ripe with news that oil prices have been settling even lower, reaching a three-month low mid-March. Finance Monthly reached out to Jordan Hiscott, Chief Trader at ayondo markets, to give us a rundown of the current situation, and delves into the global economy’s dependence on the fluctuations of oil prices. […] 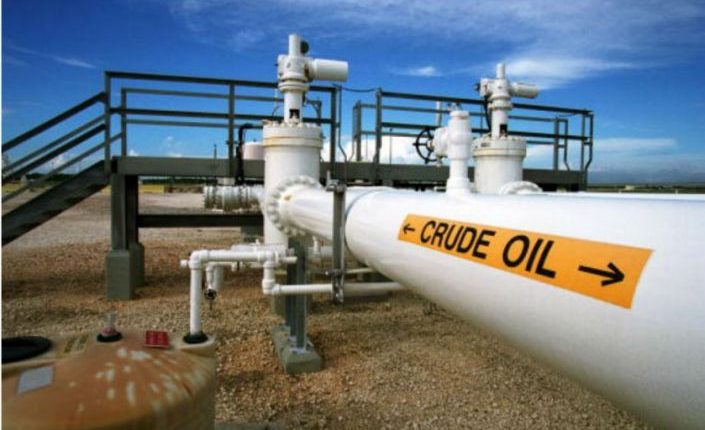 A few weeks back headlines were ripe with news that oil prices have been settling even lower, reaching a three-month low mid-March. Finance Monthly reached out to Jordan Hiscott, Chief Trader at ayondo markets, to give us a rundown of the current situation, and delves into the global economy’s dependence on the fluctuations of oil prices.

With West Texas Intermediate (WTI) Crude falling to $48, we’re now only $3 higher than the level at which OPEC agreed output would be cut. So how high did we get and does the current level pose value on a mean reversion perspective – i.e. if we agree with the theory that suggests prices eventually return to the mean or average over a two-year period?  After the output cut was announced, oil prices rose as high at $54, the highest point in over a year, and until the beginning of March we sustained a clear range between $52 and $54. However, pressure on prices began to materialise around the 8th March, finally falling to $48 in disorderly fashion two days later. In my opinion, this fall is only the beginning of the downward price pressure of WTI, which is likely to be caused by three key catalysts.

Firstly, the lack of adherence to an output cut by OPEC members. The dominance of OPEC and the effect of its actions on international oil markets has waned drastically in recent years. And what was once an extremely united group with a clear objective has become more fragmented, with internal strife and economic difficulties causing individual nations to put their own interests before the group. Should these conditions become more prevalent, especially from a local economic perspective, I suspect it will create a domino effect – when one country breaches output levels, then others follow suit – and prices fall as a result.

Secondly, there is the impact of shale fracking. In a single generation, the US has become completely self-sufficient when it comes to oil and this is largely down to the rise of shale fracking. Remember as recently as 1980, after the Iranian Revolution, the US armed forces realised they had only 30 days’ worth of fuel to power all military vehicles. This led to creation of the Strategic Oil Reserve, located in the New Mexico caves, naturally pressurised, with enough fuel to power the American military for one year. With this dependence on oil from exports no longer significant, it’s certainly arguable that the US might not have engaged in various Middle Eastern conflicts had the supply of oil not been such an issue.

Lastly, and, in my view, most significantly, is the increasing importance of renewable energy.  In a world that is drastically changing its dependence on fossil fuels, the advancement of technology to capture renewable energy is nothing short of remarkable.  As international government adopts clean energy sources, it’s expected by 2025-2030 that we will reach ‘peak oil’, the hypothetical point in time when the global production of oil reaches its maximum rate, after which production will enter terminal decline.

Almost entirely due to technology, certain governments now achieve the majority of their energy needs from renewable sources. Albania, Iceland and Paraguay obtain essentially all of their electricity from renewable sources (Albania and Paraguay 100% from hydroelectricity, Iceland 72% hydro and 28% geothermal). Norway obtains nearly all of its electricity from renewable sources (97 percent from hydropower). In addition, petrol and diesel demand for vehicles is likely to fall in similar patterns. From a consumer perspective, the concept of electric power cars has never been more popular. For example, Tesla, the US electric car company, now has a market capitalisation that has almost eclipsed GM and Ford. The recent jump higher in stock price catapulted Tesla’s market cap to nearly $45 billion. That compares with nearly $48 billion for Ford and, farther off, about $53 billion for GM.  Tesla’s technology means its S battery can now power a car for a range of 265 miles, and what is also remarkable is that Telsa also makes the world quickest production car, accelerating from 0-60mpn in 2.5 seconds.  Currently 95% of all motor vehicles use fossil fuels: however the demand for electric cars is soaring having risen by 42% in 2016 alone. I can only see this trend continuing.

The culmination of these factors is abundantly clear to me: the dependence of the global economy on the fluctuations of the value of Oil will be over in 10-15 years.