Budget 2017: A Brief Reprieve for Canadian Business Owners and Entrepreneurs

Following last week’s announcement of the Canadian Budget 2017, Trevor Parry, M.A., LL.B, LL.M (Tax), President of the TRP Strategy Group, provides Finance Monthly with specialist insight into the impact of the announcement and potential outlooks for the next budget. Despite active rumours that dramatic changes were coming in the 2017 Canadian federal budget, the […] 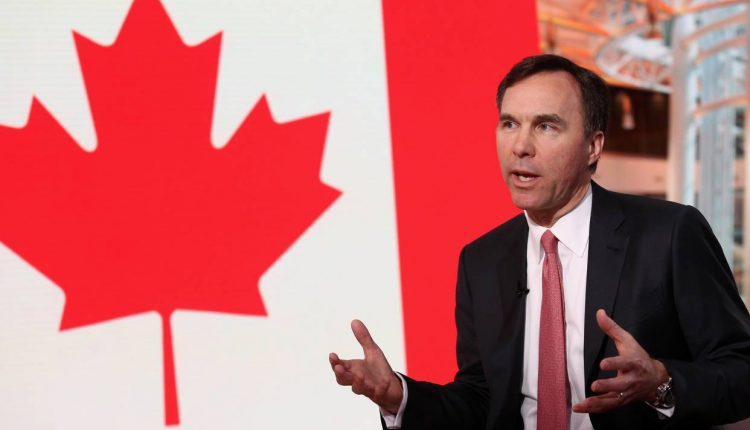 Following last week’s announcement of the Canadian Budget 2017, Trevor Parry, M.A., LL.B, LL.M (Tax), President of the TRP Strategy Group, provides Finance Monthly with specialist insight into the impact of the announcement and potential outlooks for the next budget.

Despite active rumours that dramatic changes were coming in the 2017 Canadian federal budget, the document as tabled in the House of Commons on March 22nd contained virtually none of the controversial elements budget-watchers had feared—such as an increase to the capital gains inclusion rate or changes to the taxation of employee stock options.

Instead, Finance Minister Bill Morneau brought forward a status quo document that reads more like a budget update than a true or full budget; while nevertheless clearly and directly signaling the Trudeau government’s appetite to eat away at particular tax benefits “as soon as the time is right.” In the wake of the budget announcement, rumours are now circulating that like his (Conservative) predecessor Jim Flaherty in 2011—which saw federal budgets in March and then again in June, although separated by an election—a second federal budget may be tabled in a single calendar year, with pundits suggesting fall (October?) for a possible additional 2017 budget.

Status quo with adjustments at the margins

The 2017 budget tabled on March 22nd and entitled “Building a Strong Middle Class” is organized around five main themes*:

The Government is proposing to invest an additional $4 billion over the next five years in such areas as developing “superclusters” (dense areas of business activity) to spur innovation; the creation of a strategic innovation fund; funding and promotion of clean technologies; and growing Canada’s advantage in artificial intelligence.

The government has announced plans to accelerate implementation of the Canada Infrastructure Bank; modernize Canada’s transportation system; work with the Provinces and Territories to invest in green infrastructure; support families through early learning and child care; improve indigenous communities; and build a new National Housing Strategy. While these programs account for almost $21 billion in expenditures over five years, they will be funded by reallocating current budget dollars.

Included under this “theme” is new investment in home care and mental health; creating healthier First Nations and Inuit communities; providing greater support for veterans and their families; and enhancing the security and safety of Canadians. It is of interest that some of the additional funding for these initiatives will come from the reallocation of almost $1 billion that had previously been set aside for defence funding of large scale capital projects.

This theme focuses on ensuring that the tax system is fair in both design and implementation. This is to be accomplished by closing tax loopholes; cracking down on tax evasion and combatting tax avoidance with an additional investment of $500 million over the next 5 years; eliminating ineffective and inefficient tax measures; and providing greater consistency in the tax treatment of similar types of income. Specific initiatives are outlined in greater detail below, with the government estimating these programs will increase tax revenues by almost $5 billion over five years.

In the 2016 Fall Economic Statement the Government committed to completing and publishing a gender-based analysis of budgetary measures starting with Budget 2017. Included in Budget 2017 is a discussion on how specific proposals will have a positive impact by addressing gender inequality.

So why such a milquetoast effort from Morneau’s sophomore effort? Speculators conclude that Trudeau et al. are waiting and watching on actions south of the border before making any bold strokes here at home. What this means for the Canadian high income-earner, business owner or entrepreneur is a continuing requirement to remain vigilant and engage in defensive tax planning for the upcoming months.

What could be on the chopping block for the next budget round (whenever it comes)? Everything from income sprinkling from a testamentary trust to holding passive investments within a corporation to tightening the rules that allow family members to share income (a common strategy used by family-owned businesses). Thus when the Liberals decide to move back above the treetops to mount their full assault as they have telegraphed in their actions to date—and as reinforced by the threats contained in the March 2017 budget announcing “further study” of various issues—Canadians would do well be prepared with effective countermeasures.

(*with files from “CALU”, the Conference for Advanced Life Underwriting.)