Canada’s Budget 2017 has given voice to a number of matters, but among the chaos of themes and numbers, it can be hard to keep track of the big picture. Here Joy Thomas, MBA, FCPA, FCMA, C. Dir. President and CEO of the Chartered Professional Accountants of Canada, talks to Finance Monthly about the uncertainty […] 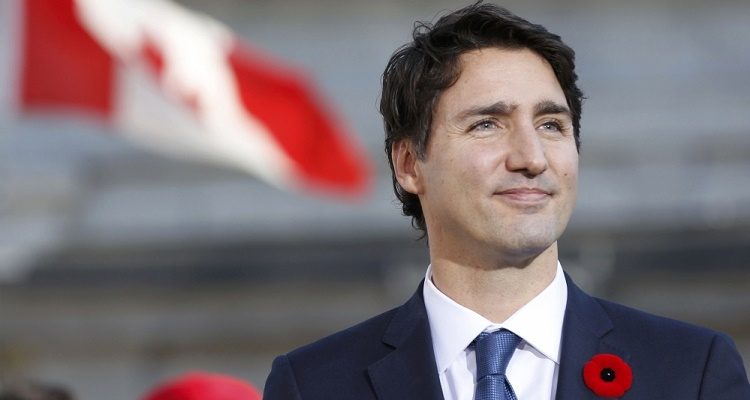 Canada’s Budget 2017 has given voice to a number of matters, but among the chaos of themes and numbers, it can be hard to keep track of the big picture. Here Joy Thomas, MBA, FCPA, FCMA, C. Dir. President and CEO of the Chartered Professional Accountants of Canada, talks to Finance Monthly about the uncertainty surrounding this year’s budget aims and tailors an overview for our readers.

Budget 2017 aims Canada toward economic renewal but does not offer a firm timetable for bringing an end to annual deficits.

But the deficit reduction plan stops there. Setting a target date for a return to balanced budgets would have helped guide the government in its financial planning going forward. Knowing the ultimate destination would help promote business confidence, ensure funding for essential programs, and ease the impact on future generations.

Of course, sustaining a prosperous economy needs more than strong fiscal management. The budget outlines several measures to help Canadians, their families and their businesses flourish. There are investments in training, innovation and infrastructure and a recognition of the importance of lifelong learning and youth employment.

Additional support is offered to help Canada’s workforce remain competitive amid automation and technological change. CPA Canada supports the government’s focus to address how Canadians deal with the effects of these broad economic forces. Canada’s future prosperity will be directly linked to the competitiveness of its workforce.

On the tax compliance side, the budget builds on earlier announced efforts to combat tax evasion and to improve compliance. An additional $523.9 million is being invested over five years to support the Canada Revenue Agency’s crackdown on tax cheats. The CRA will use the funds to increase its verification work, improve investigations targeting criminal tax evaders, and beef up its business intelligence infrastructure and risk assessment systems.

The CRA also will hire more auditors and specialists to focus on the underground economy, a widespread problem that cost the Canadian economy some $45.6 billion in 2013, according to Statistics Canada. CPA Canada works to help the government address under-the-table dealings through our representation on the Minister of National Revenue’s Underground Economy Advisory Committee.

Altogether these measures are expected to raise an extra $2.5 billion in tax revenues over five years, for an estimated return on investment of five to one.

The government reiterated its commitment to work with international partners to ensure a coherent and consistent response to fight tax evasion. CPA Canada is dedicated to supporting the government in this effort. The government’s commitment to strengthening compliance reinforces Canada’s determination to protect the public interest.

The budget also notes that the federal government will work with the provinces to implement strong standards for corporate and beneficial ownership transparency to provide safeguards against money laundering, terrorist financing, tax evasion and tax avoidance.

Several budget measures resulted from a review announced in 2016 of federal tax expenditures, which the new fiscal blueprint suggests will continue. For efficiency and simplicity, this budget streamlines some personal tax credits and cuts a handful of others. Tax incentives for scientific research and experimental development will be reviewed as part of a broader review of government support for innovation.

Tax preferences for private corporations will be studied further, with a white paper promised in the coming months. The government is concerned that strategies involving private corporations are being used to inappropriately reduce the personal taxes of high-income earners. These strategies include using private companies to split income among family members and to convert investment income to lower-taxed capital gains.

At the same time, the government plans to examine whether aspects of the current taxation of private corporations adversely affect genuine business transactions involving family members. Presumably this includes tax measures that impede transfers of family businesses from one generation to the next. This will be especially important in the coming years given the high number of businesses changing hands as the Baby Boomers retire.

These limited assessments are a positive step forward but a more comprehensive review is what Canada truly needs. An extensive review can identify areas that would help in redesigning the tax system so it not only enhances efficiencies for Canadians and the business community but also plays a role in cultivating long-term, sustainable economic and social growth. This represents the Canadian ideal of good business – an equitable system that focuses on both business and social development in creating a stronger Canada.

Budget 2017 includes a range of measures addressing climate change adaptation, from managing health risks to increasing resources for First Nations and Inuit communities to assessing risks to federal transportation infrastructure. Among these measures, the budget devotes $2 billion for a Disaster Mitigation and Adaptation Fund that will support the infrastructure Canada needs to deal with the changing climate’s impacts.

What’s missing, however, is a National Adaptation Plan that would coordinate these and other public and private sector initiatives. CPA Canada has urged the government to develop such a plan in consultation with Canadian businesses.

With the current economic uncertainty south of the border, some suggest the government should take a “wait-and-see” approach. I disagree. We cannot afford to have the federal government become paralyzed in its decision making. Successful Canadian businesses must always navigate change. So too must the Canadian government, with a continued focus on strategies and measures that ensure Canada remains competitive and is able to attract and retain top talent.