Have We Become a Nation of Non-Savers?

A parliamentary report has recently revealed that a third of the working-age UK population has less than £100 in savings. That’s a reputed 17 million people who are scarily exposed to the proverbial rainy day. Here, Marcus Hernon, Client Partner at 23red, talks Finance Monthly through his own thoughts and the implicating factors leading to […] 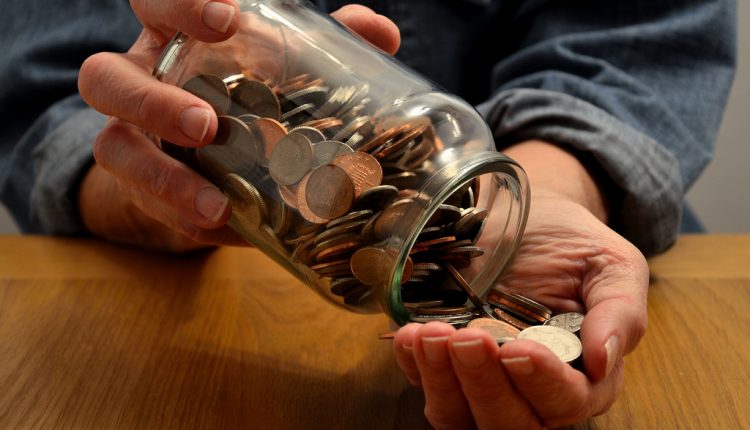 A parliamentary report has recently revealed that a third of the working-age UK population has less than £100 in savings. That’s a reputed 17 million people who are scarily exposed to the proverbial rainy day. Here, Marcus Hernon, Client Partner at 23red, talks Finance Monthly through his own thoughts and the implicating factors leading to a nation of non-savers.

This fact sits uncomfortably alongside the figures on indebtedness (defined as when people find the weight of their debts a burden and when they regularly fall into arrears), which estimates one in six of us to be in that situation. The story is similar in the States too, with a reported half of Americans having less than $400 to fall back on.

With inflation reaching 1.8% last month (its highest point in two and half years), there are now only a limited number of savings accounts that can match or beat this. Is this the reason why we’ve become a nation of ‘non-savers’?

There are many complex factors that impact on whether people spend or save and in what quantities. Derek Thomspon explores some of the wider socio-economic reason in his thought-provoking essay from 2016. There are troubling macro-economic factors at play here, not least the continual slashing of savings rates and global political and economic uncertainty. And it is important to note that there are some people for whom saving ay money at all is simply not an option as they struggle to meet even their most basic needs. However, our reluctance to save started some time back and at the heart of the issue is that we have fallen out of the savings habit. Psychology has had a long fascination with why, in the face of all rational imperatives to save, people can’t seem to make it a priority. Thompson opts for a paternalistic, legislative approach which almost certainly has merit and in fact the Help To Save scheme soon to be launched in the UK is a good example of a Government taking very direct action. But there is clearly a role for behavioural intervention too.

Economist Richard Thaler has conducted ground-breaking work in this area. Most notably the Save More Tomorrow initiative leveraged hyperbolic discounting to get people to sign their future selves up to saving more. It is a fascinating use of a deep behavioural truth and one which has since been explored by the Behavioural Insights Team in the UK.

Brands too are wising up to the potential of behavioural nudges to help people spend less or save more. Lloyds Bank in the UK were one of the forerunners in this field with their Save the Change product which allows users to round up the price of purchases with the difference being added automatically to their savings account. This works so well because it is easy and frictionless, after the initial set-up the mental processing it requires is low enough to subvert even the most adamant non-savers. Digit is based on the same premise and has been widely associated with short term abstinence campaigns (such as Lent or Dry January). The lightness of tone and beautiful design both help to make saving feel achievable and the regular text updates about the saver’s balance deliver a welcome hit of positive reinforcement.

New entrants like Acorn in the US and MoneyBox and True Potential in the UK use a similar low involvement model to help people make investments. These models lean heavily on the behavioural theory of small manageable amounts that can be invested on the move. With a reported (by Mintel) one third of Brits having no interest in financial planning – products that require minimal attention but can still yield results are a very compelling way to tackle the issue.

The continuing lack of trust in financial institutions is likely playing a role. But there is little to correlate in the data between declining trust in banks and reduction in individual savings. It is more likely that this is acting as a conformation factor, with people ascribing their own, less conscious ability to save to a feeling of being let down by the financial industry. Regardless, this creates a void for which newer, more agile brands and products can provide innovative solutions that feel more attuned to today’s would-be saver. It will be interesting to see how the establishment reacts and whether they are fleet of foot enough to keep up.