Following last week’s initiation of the Brexit process via the triggering of Article 50 of the Lisbon Treaty, Finance Monthly hears from Chief Market Analyst of Currencies, Jonathan Watson, who portrays a watchful outlook on the months to come, and how the tide can easily turn in the face of socio-political tiptoeing. This week the […] 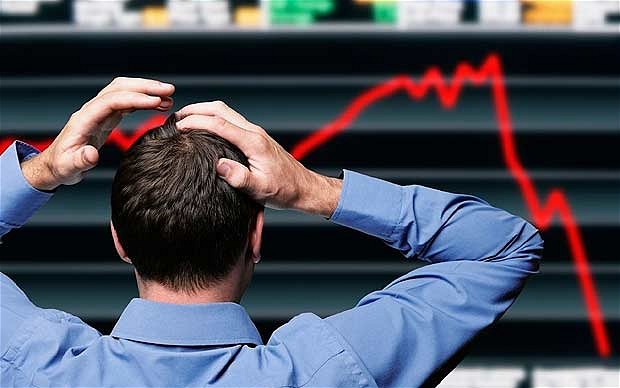 Following last week’s initiation of the Brexit process via the triggering of Article 50 of the Lisbon Treaty, Finance Monthly hears from Chief Market Analyst of Currencies, Jonathan Watson, who portrays a watchful outlook on the months to come, and how the tide can easily turn in the face of socio-political tiptoeing.

This week the triggering of Article 50 marks an important phase in the Brexit process. It is the beginning of the legal process by which the UK will leave the EU, signalling an end to months of uncertainty as to whether Brexit will happen. It is also the beginning of a whole new set of questions relating to the Brexit and how it will impact both the UK and the EU. From a currency perspective, I believe the Pound will have further to fall as the reality of some tough negotiations ahead weigh more on the UK. Nevertheless, Theresa May’s steely determination and clear vision has won her lots of support and indeed helped Sterling back from the brink earlier this year. Whilst I wonder whether such tenacity will be enough for such a monumental task ahead, I am also reminded that recent events have so often proved the more literal analysis of many of the negatives of Brexit have been proved wrong so far. It is still early days but it is in everyone’s interest to make this work and to remain hopeful for the future.

The UK economy is performing significantly better than feared which is extremely encouraging for the future. The weaker Pound has driven growth in firms who export as the discounted UK represents a good investment. However, the weaker Pound has pushed up import prices and costs across the UK from supermarkets to manufacturers, which is gently being absorbed into the wider economy.

The falling Pound has also led to a rise in Inflation which paradoxically, has seen Sterling higher as Bank of England policymakers debate whether or not to raise interest rates. Therefore, fears over higher inflation may not be such a problem, as rising interest rates may help the UK avoid any of the negatives associated with high inflation. Once Article 50 is triggered I can see Sterling falling as the complexity of negotiations becomes apparent. Nothing will happen quickly, already it has been made clear that the ‘Brexit bill’ must be agreed before negotiations commence. Trying to get all 27 members to agree one coherent position will also hinder time frames. France and Germany will also have elections to contend with this year.

These roundabouts and diversions on the path to Brexit will make life very difficult for Theresa May and the UK Government. All of this can very easily be seen to be damaging for the UK economy and Sterling. A lower Sterling is generally not a good thing for the UK as since we are a net importer (we import more form overseas than we export) a weaker Pound makes life more expensive for the UK as a whole.

However, I cannot help but be troubled by some of the looming questions and uncertainties arising from Brexit. A falling out with your biggest trading partner is never going to be completely without risk and the unpicking of some deep rooted social, political and economic ties is not good for business and confidence.

Whilst the resilience and flexibility of the UK economy coupled with Theresa May’s vision is gently receiving the backing of financial market, things can change very quickly. This leads me to suspect that whilst perhaps the worst fears will continue to be abated, longer term there could be greater challenges ahead which will harm the UK economy until we have clarity and certainty.

Business and consumer activity thrives when there is confidence and certainty, Brexit represents a massive change in the status quo which goes against what we know from a fundamental view.

Like it or loathe it, Brexit is happening and we must all come together and embrace it to make the very best of it. Business should be looking to make the most of Britain’s new place in the world but also remain cautious and plan for troubles ahead.