Are younger individuals completely aware of the ramifications of indulging in financial services? CEO at Everyday Loans, Dany Malone talks to Finance Monthly about raising the right awareness among younger demographics. It’s no secret that short term or ‘payday’ loan services have come under fire in recent years. Google announced a ban on search ads […] 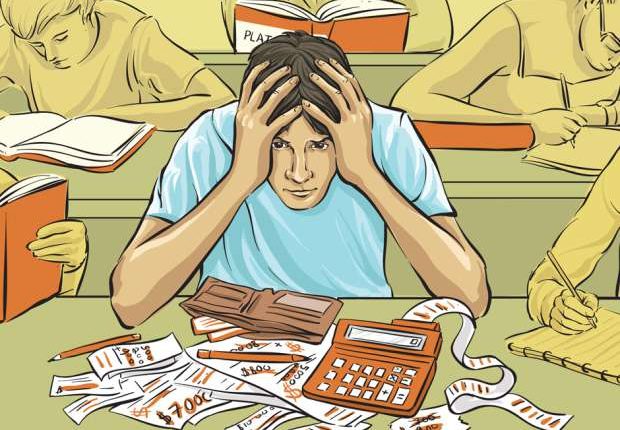 Are younger individuals completely aware of the ramifications of indulging in financial services? CEO at Everyday Loans, Dany Malone talks to Finance Monthly about raising the right awareness among younger demographics.

It’s no secret that short term or ‘payday’ loan services have come under fire in recent years. Google announced a ban on search ads in the first half of 2016 and the media spotlight increased its scrutiny. We understand, there are of course, those businesses within the industry that do not undertake rigorous affordability checks to check whether a borrower can afford a financial product. At Everyday Loans, we have welcomed the stringent regulations implemented by the FCA that have ensued as a result of the poor practices that were being followed.

We as lenders have an obligation to ensure that we are not allowing or enabling individuals to enter financial circumstances that will be of detriment to themselves, their families and their financial future. The loan-cap that was introduced in 2015 was designed to protect borrowers from poor practice, but what essentially happened was that it stunted the supply of these loans.

Many of the businesses that existed in the industry saw revenue plunge and regulatory fines coming their way. As a result the industry as whole now markets their products to a higher demographic. The struggle that is now being recognised as a consequence of the stricter regulations and lack of supply to feed the demand for short-term loans is that consumers are now left struggling to obtain short-term credit, feeding the rise of the unregulated “loan sharks”.

It appears that the regulations introduced for short-term lending companies haven’t had much of an impact on overall debt within the UK. At the end of January 2017, a total of £1.52 trillion was owed; outstanding consumer credit lending was at £194 billion, and per household this equates to £2,470 which would take more than 25 years to repay should the minimum payment be met each month. Of course, for those failing to make this payment, both the cost and length of time will increase.

It can be argued that as well as forcing the banking and financial services industries to act in a way that is responsible, more must be done to educate individuals about personal finances, and the impact and consequences that their decisions can have on their immediate and long-term financial future.

For example, one trend that we have noticed, is the increase in students that are using these short-term loan services to supplement their student finances. One-third of university students have admitted to relying on payday loans and credit cards to help fund their education, and 70% have admitted that their Government funded loans do not cover the costs associated. There are concerns about students being forced to use alternative means of finance while studying, but what’s even more concerning in their lack of financial understanding.

Research by Future Finance has suggested that there is a distinct gap in the financial knowledge of young adults and their lack of understanding when it comes to what they view as ‘debt’. For instance, 25% of students do not to consider payday loans and credit cards to be a form of debt, and while 63% of students reporting that they have a good understanding of personal finance – 40% admitted to not knowing what APR stands for.

If this basic element of borrowing isn’t understood, we can say with a degree of confidence that the true impact of borrowing and the detrimental effect that it can have on an individual’s future if not handled responsibly, is completely disregarded.

This is an issue that must be addressed with immediate effect; student housing and living costs have increased by 23% since 2010 and university costs are higher than ever; it is the responsibilities of the financial industry, the education system and parents alike to ensure that financial awareness is nurtured in young adults to prepare them for responsible borrowing.

In truth, there are more than 10 million people who utilise payday and short term loans effectively when needed, who use sporadically when required and pay on time. We hope that by championing the need for compulsory financial awareness, this becomes ‘the norm’ when it comes to using payday loans.