A few weeks ago, a new government savings bond was introduced, offering a “market leading” rate of 2.2%, higher than any other in the UK. Savers will hopefully be able to invest up to £3000 over the coming 12 months; that would equate to around £202 in interest returned over the year. Some have however […] 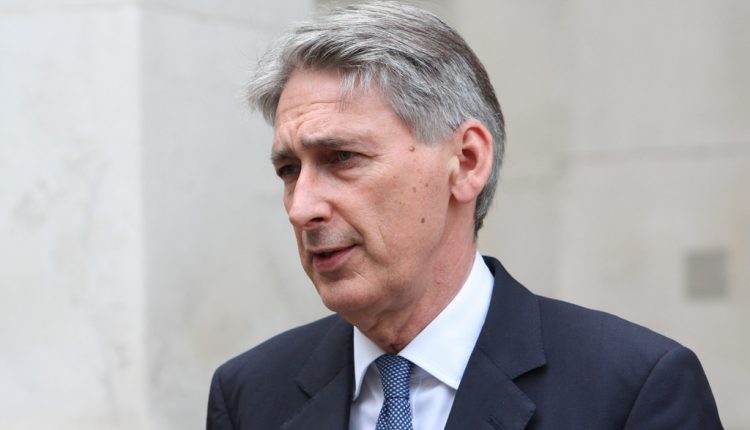 A few weeks ago, a new government savings bond was introduced, offering a “market leading” rate of 2.2%, higher than any other in the UK. Savers will hopefully be able to invest up to £3000 over the coming 12 months; that would equate to around £202 in interest returned over the year.

Some have however described the Investment Guaranteed Growth Bond (IGGB) rate as underwhelming considering its intention to allow nationals to bulk up savings. Rates at 2% were already in place for other three year bonds advertised elsewhere online.

Today we heard Your Thoughts on the IGGB and received comment from a few reputable sources below.

Masthaven welcomes the new Investment Guaranteed Growth Bond onto the savings market. It offers UK savers a glimmer of hope and suggests a subtle sea change may be on the horizon which we hope will give more people the confidence to save.

We know from our research* that many people have good savings intentions – 78% of UK adults plan to save in 2017, but a majority (61%) of people who do save don’t feel confident that they’re getting the best savings rate.

Many people have simply lost faith in savings providers. So, when we launched into the retail banking sector late last year, we made it our business to challenge the stagnating savings market with our award-winning Flexible Term Saver, and competitive rates. The response from savers has been brilliant: since launch, we’ve seen 4809 accounts opened with £195.2 million deposits.

Piers Pollock, Executive Director of Strategy and Planning, The Gate:

A week or so after the Office for National Statistics announced that the Household Savings ratio hit a fifty-year low, Philip Hammond introduced a new initiative claiming to “support savers.” The snappily named NS&I Investment Guaranteed Growth Bond is now available nationwide, and pays what he calls a ‘market leading rate’ of 2.2% per annum over a term of 3 years.

The problem, which Money Saving Expert’s Martin Lewis has been quick to point out, is that many current accounts, including the likes of Tesco, actually offer better rates. In fact, even if you invest the full £3,000 into the Investment Bond for three years, the overall interest you receive will be just £202. And for most people, that’s just not worth switching for.

The thing is, most savers aren’t particularly motivated by interest rate. In fact, a recent study by the Financial Conduct Authority (FCA) found that even when better alternatives were offered to savers with an easy means of switching, only 17% of those tested went through with the switch. Whilst the conclusion drawn was that there was a reluctance to switch because the amounts of money at stake are low, the FCA also noted that “many consumers in our sample with high amounts of money at stake still do not switch.”

So, do these people just not care?

Well, it seems that we are all biased against delayed gratification. Behavioural studies conducted over many years show that our brains ‘discount’ future rewards – we all value £100 now more than £100 in three years. This is why credit cards are so attractive to us; pleasure now, pay later.

So, in today’s world of instant gratification, savings accounts would be more attractive if they gave us interest up front. The NS&I bond could ‘put’ the £202 in my account on the day I deposit £3,000. It would be visible on the app immediately, so I would get the ‘hit’ now of seeing my balance leap to £3,202, and feel smart. Obviously, my money is locked away for three years and there’d be a graduated early withdrawal fee. But the deed would be done.

By giving a greater perceived reward for saving now, ‘up-front interest’ just might encourage greater saving. It might even give your brand an advantage.

British households have fallen out of a savings habit. The current savings ratio at just 3.3% is the lowest level since records began in 1963. Combined with a fall in real disposable income these figures are seen by commentators as a worrying sign for the health of household finances and the true strength of our economy.

Savings are key to our financial stability. This is particularly true for lower income families as they provide a buffer to allow unexpected costs to be managed without them having rely on high interest lending. Last year the Money Advice Service reported the shocking fact that there are around 17 million working age adults with less than £100 set aside.

Against this context we see how vital tackling the declining savings habit is. And any attempt to make the savings market more attractive to a wider range of savers has to be welcomed. The shortcomings of this latest NS&I product have been recognised, the 2.2% interest rate is less than generous and the timeframe and £3,000 maximum balance is limiting. Years of rock bottom interest rates have been felt by those trying to maximise their returns from a sizable lump sum, so for those savers it’s not attractive. But, if you’re currently in a position where your savings are limited to double figures then the idea of working towards a £3,000 nest egg may be aspirational.

However, this is a rational response to the challenge. Everyone knows we should be saving more and spending less but the decisions we make about money are complex: our emotions and motivations play a part but there’s also ingrained behavioural biases to be overcome. When payday comes around it’s always tempting to overspend despite knowing we’ll then have to scrimp through the rest of the month (present bias); we underestimate how long and how easy it will be to save up (planning fallacy); and our old foe procrastination, putting starting saving off until another day (procrastination).

Most mainstream financial products assume rational decision making. In reality the Ts&Cs of this new government offering and similar products across the market have little impact on the ability of individuals to save more. If we’re serious about changing the future savings landscape, it’s time for us to evolve the design of savings offerings to start to tackle these barriers and enable people to take control of their own fortunes.

US remains GDP Heavyweights: Will this resilience remain in 2023?