Word on the horizon is that credit card interest ‘could be waived’ for those with longstanding debt on their shoulders. The Financial Conduct Authority (FCA) recently published papers proposing that in order to tackle long term amassing debt, credit card companies could cancel interest or charges in extreme cases. The FCA defines such credit card […] 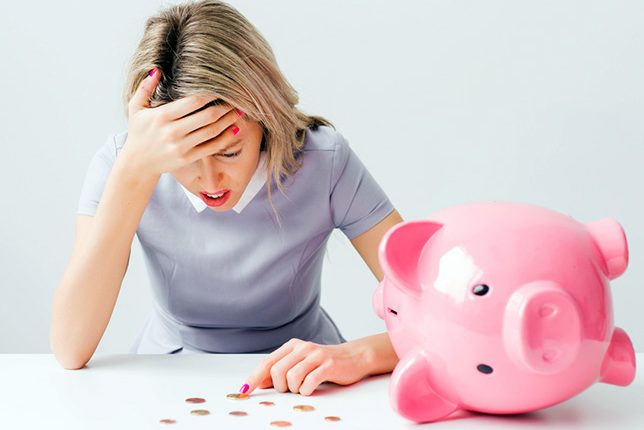 Word on the horizon is that credit card interest ‘could be waived’ for those with longstanding debt on their shoulders. The Financial Conduct Authority (FCA) recently published papers proposing that in order to tackle long term amassing debt, credit card companies could cancel interest or charges in extreme cases.

The FCA defines such credit card debt as when a person has paid more in interest and charges than they have repaid of their actual borrowing over a period of 18 months, and according to the BBC says that “customers in persistent debt are profitable for credit card firms, who do not routinely intervene to help them.”

We reached out to Finance Monthly readers this week and heard Your Thoughts on the potential waiver and how it might or might not help tackle consumer debt.

Angela Clements, CEO, Fair for You:

It has been 2 years since the Financial Conduct Authority (FCA) gained additional powers to address competition issues in the consumer credit industry. There has been progress but the agile operators in the high cost credit sector mutate around regulatory change – from doorstep credit and rent-to-own stores to sub-prime credit cards. The FCA refers to such unintended consequences as the ‘waterbed effect’. However, the burning question is why do we continue to see so few real alternatives to counter the growth of high cost credit?

Fair for You is a new Community Interest Company wholly owned by a charity, which is the first national, mainstream challenge to the high cost credit sector. We provide lower cost credit to ‘just about managing’ households to enable them to buy essential items like washing machines from our online store. This typically saves each customer over £500 per item compared to major rent-to-own stores.

The credit search data we examine for all loan applications reveals worrying levels of so-called ‘zombie debt’ from credit cards which are being sold on the basis that the customer need barely service the interest and without adequate affordability checks. After trading for 15 months it’s really clear that this is about more than just the price of the credit. Credit for lower income households needs to be better designed to meet their needs.

Alleviating debt is not just a financial issue. Independent research by the Centre for Responsible Credit shows that half of our customers say they are less stressed, depressed or anxious as a direct result of using our service, with a third saying their children’s health and wellbeing has improved. The report’s author calculates the benefits to poorer households and wider UK of scaling up alternative credit could be as high as £18bn.

Surprisingly, personal credit remains one of few sectors that does not attract social investment tax relief. Fair for You has been fortunate to have had the backing of some of the largest family trusts in the UK. That hardly matches the funding and marketing budgets of big brands like Provident, BrightHouse and The Money Shop. The creation of challengers needs more than supportive regulators fulfilling their competition remit. That’s why Fair for You is in active dialogue with the Government, local authorities, debt management advisors and the social investment community to work around this problem quickly.

The FCA’s proposals are a great idea and I support them fully. Anything that tackles Consumer debt can only be a good thing. As someone who deals with banks and financial institutions daily it’s important to understand bad debts can be profitable for these institutions. The point is there is no incentive for the banks or the financial institutions to break what can be a vicious cycle of debt for some.

UK Consumer debt has risen by 9.3% taking it to pre-crisis levels of 2005 and a recent BBC article reported that every UK household owes just under £13,000 that’s a staggering £1.52 trillion.

So how did this Consumer debt get so large?

There are lots of obvious reasons, car sales were at an all-time high at 536,337 in March and the bulk of these would be on personal finance. With an average new sale price of around £27,000 that adds another £14.5billion. According to Barclays Card services we are also spending more on entertainment for ourselves.

From my perspective, personal debts are not always about funding a lavish lifestyle or being irresponsible. In the last quarter of 2016 the governments’ own statistics show a staggering 146,987 new companies were registered. Bear in mind this does not take into account sole traders or partnerships.

The down side to these figures of course is that around 40% will fail in the first year. Many will have supported their businesses and dreams with personal loans and credit cards not business overdrafts. Why? The answer is simple Banks will not lend to a start-up company without personal security and or assets.

The FCA rules will apply pressure in the right area that is, reassessing adding interest to bad debts after 18 months. However well-intentioned my experience tells me if there is an incentive for something to happen it most assuredly will.

My concern is that some banks and financial institutions may try to play ‘hard ball’ early on in the debt life cycle to get as much as they can prior to the 18-month proposed deadline, or any deadline. My suggestion is there should be some counter measure, some safeguard to protect Consumers too, no matter how that debt arose.

The FCA’s proposals and the 2015 credit card report underpinning them are a stark reminder of the challenging situation faced by those with unmanageable debt.

But we should view it as symptomatic of a situation where 1 in 3 UK adults is described as having low financial capability.

Debt charities have questioned if the proposals go far enough. Still, the move would undoubtedly be a step in the right direction in helping people out of long-term debt. It would force the hand of all credit card providers to help the 3.3 million currently stuck in a spiral of debt. Customers would have to acknowledge their situation and be supported to take the necessary actions to start to manage it.

The OBR forecasts, as a nation, we’ll be spending more than we earn well into the 2020’s. Against this backdrop, where borrowing will continue to fund purchases (be it essentials or relative luxuries) the finance industry must consider the preventative measures it can implement to start to address the reasons why some people fail to manage their finances.

Last week Lloyds Banking Group released its latest Consumer Index, which tracks the digital and financial capability of the British public. The report identifies that over 16 million people lack the necessary levels of financial awareness to best manage their money. It becomes clear that by building money management skills, people can make better financial decisions for their circumstances including spending, borrowing and repayment levels.

What role can the proposals play here? It can only be a positive thing if the regulator can change market conditions to where it’s no longer preferable (i.e. as profitable) for credit card companies to have large numbers of customers in persistent debt. It may start paving the way for customer financial wellbeing to be prioritised.