The European economy has entered its fifth year of recovery, which is now reaching all EU Member States. This is expected to continue at a largely steady pace this year and next. In its Spring Forecast released today, the European Commission expects euro area GDP growth of 1.7% in 2017 and 1.8% in 2018 (1.6% […] 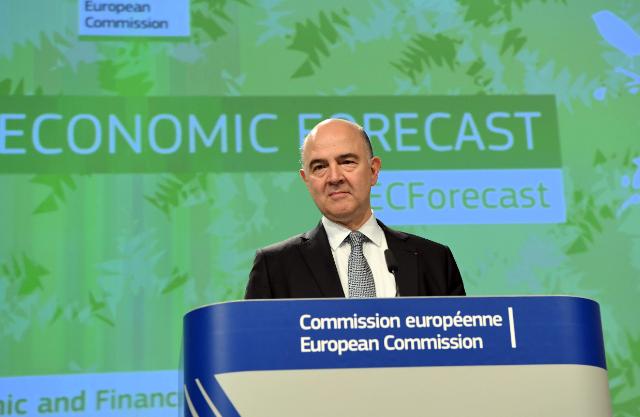 The European economy has entered its fifth year of recovery, which is now reaching all EU Member States. This is expected to continue at a largely steady pace this year and next.

Valdis Dombrovskis, Vice-President for the Euro and Social Dialogue, also in charge of Financial Stability, Financial Services and Capital Markets Union, said: “Today’s economic forecast shows that growth in the EU is gaining strength and unemployment is continuing to decline. Yet the picture is very different from Member State to Member State, with better performance recorded in the economies that have implemented more ambitious structural reforms. To redress the balance, we need decisive reforms across Europe from opening up our products and services markets to modernising labour market and welfare systems. In an era of demographic and technological change, our economies have to evolve too, offering more opportunities and a better standard of living for our population.”

Pierre Moscovici, Commissioner for Economic and Financial Affairs, Taxation and Customs, said: “Europe is entering its fifth consecutive year of growth, supported by accommodative monetary policies, robust business and consumer confidence and improving world trade. It is good news too that the high uncertainty that has characterised the past twelve months may be starting to ease. But the euro area recovery in jobs and investment remains uneven. Tackling the causes of this divergence is the key challenge we must address in the months and years to come.”

The global economy gathered momentum late last year and early this year as growth in many advanced and emerging economies picked up simultaneously. Global growth (excluding the EU) is expected to strengthen to 3.7% this year and 3.9% in 2018 from 3.2% in 2016 (unchanged from the Winter Forecast) as the Chinese economy remains resilient in the near term and as recovering commodity prices help other emerging economies. The outlook for the US economy is largely unchanged compared to the winter. Overall, net exports are expected to be neutral for the euro area’s GDP growth in 2017 and 2018.

A temporary rise in headline inflation

Inflation has risen significantly in recent months, mainly due to oil price increases. However, core inflation, which excludes volatile energy and unprocessed food prices, has remained relatively stable and substantially below its long-term average. Inflation in the euro area is forecast to rise from 0.2% in 2016 to 1.6% in 2017 before returning to 1.3% in 2018 as the effect of rising oil prices fades away.

Private consumption, the main growth driver in recent years, expanded at its fastest pace in 10 years in 2016 but is set to moderate this year as inflation partly erodes gains in the purchasing power of households. As inflation is expected to ease next year, private consumption should pick up again slightly. Investment is expected to expand fairly steadily but remains hampered by the modest growth outlook and the need to continue deleveraging in some sectors. A number of factors support a gradual pick-up, such as rising capacity utilisation rates, corporate profitability and attractive financing conditions, also through the Investment Plan for Europe.

Unemployment continues its downward trend, but it remains high in many countries. In the euro area, it is expected to fall to 9.4% in 2017 and 8.9% in 2018, its lowest level since the start of 2009. This is thanks to rising domestic demand, structural reforms and other government policies in certain countries which encourage robust job creation. The trend in the EU as a whole is expected to be similar, with unemployment forecast to fall to 8.0% in 2017 and 7.7% in 2018, the lowest since late 2008.

The state of public finances is improving

The uncertainty surrounding the economic outlook remains elevated. Overall, risks have become more balanced than in the winter but they remain tilted to the downside. External risks are linked, for instance, to future US economic and trade policy and broader geopolitical tensions. China’s economic adjustment, the health of the banking sector in Europe and the upcoming negotiations with the UK on the country’s exit from the EU are also considered as possible downside risks in the forecast.

This forecast is based on a set of technical assumptions concerning exchange rates, interest rates and commodity prices with a cut-off date of 25th April 2017. Interest rate and commodity price assumptions reflect market expectations derived from derivatives markets at the time of the forecast. For all other incoming data, including assumptions about government policies, this forecast takes into consideration information up until and including 25th April 2017. Unless policies are credibly announced and specified in adequate detail, the projections assume no policy changes.