The Ghosts of CFOs Past, Present and Future

Right from the beginning decision makers in business played a vital part in progressing revenue, whether in ancient Greece or today, but they weren’t always the same guy that took care of the books. Here Tim Vine, Head of European Trade Credit at Dun & Bradstreet delves with Finance Monthly into the history of the […] 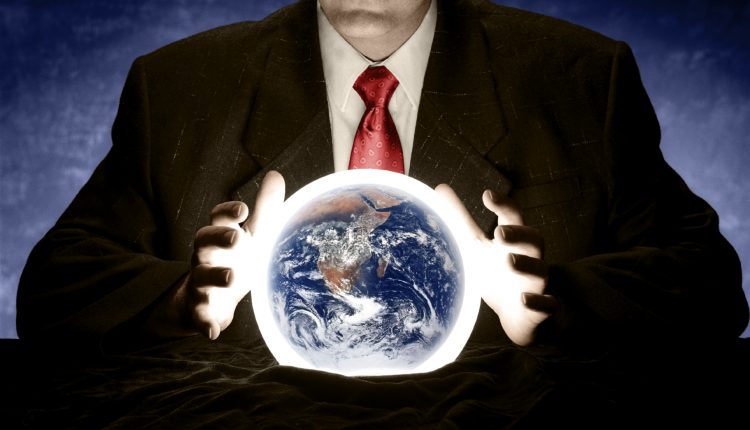 Right from the beginning decision makers in business played a vital part in progressing revenue, whether in ancient Greece or today, but they weren’t always the same guy that took care of the books. Here Tim Vine, Head of European Trade Credit at Dun & Bradstreet delves with Finance Monthly into the history of the CFO, and the prospects of financial management for the future.

Corporate structures have changed dramatically over the last 150 years – and so too have executive roles. Even in the last few decades, we’ve seen CIOs go from being a rarity to a mainstay in the board room, and now we’re even seeing the growth of new positions like the Chief Digital Officer and Chief Information Security Officer. The CFO role has changed dramatically, as well. From financial guardian to strategic partner and key adviser on the future direction of the business: the role of the CFO has come a long way in a short space of time. So, how is the current business environment shaping the role of the CFO and what will financial directors need to focus on in the future to secure business success?

The history of the CFO

How has the CFO role shifted over the years? For most of the twentieth century, the CFO position didn’t actually exist. Instead, financial managers oversaw bookkeeping and were responsible for annual budgets. They were, for the most part, removed from the decision-making process, and only became more influential when financial regulations became more complex. The position of CFO first emerged in the 1960s and became much more common in the decades that followed. Financial leaders now occupy a key role at the heart of most organisations, and are expected to keep tabs on the big picture as well as the minutiae of every department. No other senior position offers quite the same degree and breadth of strategic insight.

Over the past decade, much has been said about the changing role of CFOs. Long gone are the days in which CFOs were tasked solely with financial management and reporting; instead, the responsibilities of today’s financial officers can stretch from investor relations to strategic growth.

The evolution of the CFO

The drivers for the increase in scope of the CFO role are as plentiful as they are diverse. From increasingly stringent regulations and the impact of globalisation to the transformation of business and industry, the evolution of the CFO role has been a necessary response to the growing demands of a rapidly changing world.

A natural consequence of this evolution has been the need for CFOs to expand their scope. They have had to step up and bear the burden of increased responsibility. Although their role may have become more integral to the success of the business, expectations and pressures to deliver have also multiplied.

More recently– over the past three years, to be precise – CFOs say they have experienced a “significant” (53%) or “some degree” (44%) of change to their roles according to our latest research. Many (59%) respondents reported an increased array of duties, noting that their role now necessitates greater prediction and management of risk and compliance issues, or that they are increasingly being asked to drive the bottom line as well as the top.

As a result of this increased pressure to take on a larger breadth of responsibility, the plethora of the CFOs’ responsibilities now includes everything from taking a more strategic role in their business and working in a multidisciplinary function to analysing customer data and leading strategic mergers and investments.

The current state of play

As CFOs’ roles continue to expand, they cannot to neglect the day-to-day responsibilities that have previously defined their function. When asked to make a like-for-like comparison between their primary obligations now and three years ago, CFOs provided little evidence that they are under any less pressure to perform their ‘core’ tasks, despite growing expectations about what else they can deliver. Our research found that when listing what CFOs see as their main responsibilities both three years ago and today, they identified only slight changes between the two. The usual daily accounting and treasury tasks are just as relevant today as they were a few years ago, but compliance rising in rank to occupy third place and controllership falling to eighth.

While organisations seem to be increasingly reliant on the expanding skillset of the CFO to help them deal with external pressures, many respondents suggest that they aren’t being provided with the requisite level of support to conquer those challenges. Our research highlighted that resource issues are one of the biggest struggles facing CFOs. They do not have a large enough team to carry out all of the work, and time pressures inhibit them from completing the tasks effectively. Moreover, more than a third feel that they are struggling under the pressure to find new growth and revenue opportunities, with 31% noting that they are asked to be experts in too many fields. CFOs suggest that an increasingly broad remit is making it difficult to focus and ensure the direction of the finance function. In fact for many (56%) feel that their employees don’t have access to the tools and technologies that could help them, in spite the fact that a significant majority (84%) say technology solutions are vital to their data analysis and smart decision-making.

What is also evident from the research is that CFOs are concerned with having to meet the seemingly unrealistic expectations which the board has on the finance team. This is further compounded by a trend in team size reduction, with almost two-thirds of respondents sharing that their team size has decreased in recent years. Essentially CFOs are being asked to do more than ever before, all while seeing their resource levels shrink.

Looking into the crystal ball

Looking ahead, data is going to play an integral part of the CFOs’ role in years to come. It is true that the importance of data has already been established; more than a quarter of respondents say that data analysis has become an increasingly vital part of their responsibilities. Many suggest that analysing data it is now one of their day-to-day tasks – and this is only going to increase.

As it stands, over 90% of CFOs state that data is either “extremely” or “somewhat” important in helping them make smart decisions and forecasts.

But data isn’t just about forecasting. It can help finance leaders to better understand customers, gain a better understanding of the market in a globalised world, and improve the organisation’s operational efficiency. Data is also essential in helping identify new revenue opportunities.

Setting the scene for success

The role of the CFO is undoubtedly in a state of change. As it continues to evolve, conflicting priorities, growing expectations and shortfalls in essential resources are creating a high-pressure, high-risk environment: one in which the consequences of poor decision making are becoming ever more significant, such as was the case with General Motors and Enron for instance. In fact, over half of CFOs surveyed feel that it is just a matter of time before a serious mistake is made due to a lack of staff and resources. Providing finance leaders with the data, tools, time and technology to do the job to the best of their ability should be a boardroom-wide concern, given the critical role they play in an organisation’s success.