Looking at data form the past few months, Tim Kellet, Director at Paydata here explains to Finance Monthly the ins and outs of pay rises, wages and bonuses, as well as growth across the nation and the increasing lack of skilled labour supply across several sectors. Once a quarter we run an extended version of […] 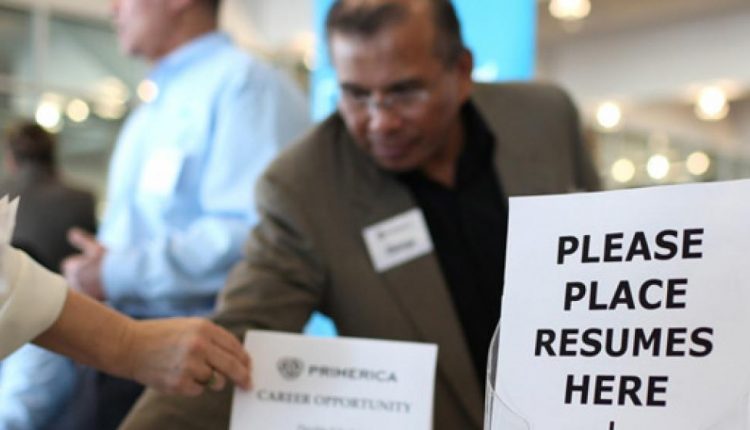 Looking at data form the past few months, Tim Kellet, Director at Paydata here explains to Finance Monthly the ins and outs of pay rises, wages and bonuses, as well as growth across the nation and the increasing lack of skilled labour supply across several sectors.

Once a quarter we run an extended version of our monthly PAYstats pay and labour market statistics publication.

We began running these quarterly updates six years ago, to summarise and add commentary to key statistics that are relevant to HR and Reward. The data was already in the public domain across different sources, but by producing a document containing everything it made it more accessible, and easier for our customers to digest. The information provided within the report is extremely valuable, providing a comprehensive overview of the current economy, in relation pay and reward decisions.

This spring, and the months leading up to it, has been somewhat of an uncertain time; the Chancellor of the Exchequer has delivered his first, and last, spring budget statement and Article 50 has been triggered. With Brexit looming, it doesn’t appear as if the UK will be experiencing true stability for some time – there is also an avalanche of changes in HR and Employment law that businesses must contend with.

April has brought with it the introduction of the Apprenticeship Levy, increases in minimum wage, the immigration skills charge, the formal beginning of gender pay reporting as well as changes in taxation and increases in redundancy, sick and family-related pay.

When these changes are coupled with the macro-economic issues and the protracted negotiations that will determine our ongoing relationship with the EU, not to mention the rest of the world, uncertainty prevails.

Already, we are witnessing above target inflation; the Office for Budget Responsibility has forecasted that CPI inflation will rise to 2.4% this year. The rising cost of food, alcohol and clothing along with miscellaneous good and services are a big contributor to the changes. Overall growth is likely to slow as households adjust their spending to a lower income growth due to the 18% fall in sterling.

Despite the turbulent background, little out of the ordinary appears to be happening in terms of pay awards. The extended period of pay movement continues, annual regular pay growth within the private sector had declined to 2.6% by January of this year. Steadily, this is starting to be overtaken by higher levels of inflation, eroding the true value of pay rises. Meanwhile, the productivity problem persists and uncertainties with regards to the markets are doing little to appease an underlying sense that there may yet be darker times ahead.

Bonus payments have also been weaker than expected, and the reports that are being issued from the financial sector on the size of the bonus payments, are likely to make little contribution to overall pay growth in 2017.

There are also significant concerns regarding the supply of suitable people for the labour-market and the availability of EU nationals currently working in the UK. Alongside this, the supply of permanent candidates fell severely in March, although the rate of reduction had weakened since February’s 13-month peak. Similarly, the availability of interim and short-term staff fell at a rate that was the quickest recorded since the beginning of 2016.

Employers in the UK report fair hiring prospects between now and June; 87% forecast no change, while 8% expect to increase staffing levels and 3% expect to decrease – the Net Employment Outlook is 5%.

Data from Manpower’s Employment Outlook Survey, shows that in seven of the nine industry sectors, staffing levels are expected to increase throughout the second quarter of 2017. Employers within the construction sector report decent hiring plans with a Net Employment Outlook of 12%. Similar gains are also expected in the manufacturing, utilities and finance and business sectors, while employers in the agriculture sector are reporting uncertain hiring prospects.

The Chief Executive of the Recruitment & Employment, Kevin Green explains further: “Finding people to do the jobs on offer is rapidly becoming employers’ biggest headache and many are reporting an increasing number of white-collar jobs as hard to fill, including the IT and financial sectors. Shortages of appropriately skilled, willing and able candidates was a problem before the referendum. Our concern is that Brexit will make the problem worse, particularly if onerous restrictions are imposed on people coming from the EU to work. Also, economic uncertainty about future prospects is having a detrimental effect on employees’ willingness to risk a career move at this time, which seems to be driving down candidate availability. This shrinking pool of available candidates means that businesses are boosting the starting salaries and hourly rates they are prepared to offer to the right candidate.”