At the current rate of fluctuation, with socio-political uncertainty reeking chaos in the markets, the pound’s performance leaves little to desire. Currency experts are now warning that further in 2017 we could see the pound hitting the same value as the euro. According to the Sun, analysts have advised towards this possible plunge due to […] 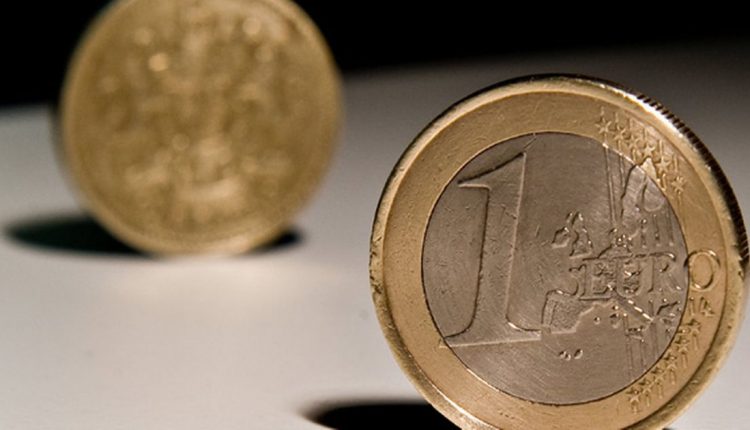 At the current rate of fluctuation, with socio-political uncertainty reeking chaos in the markets, the pound’s performance leaves little to desire. Currency experts are now warning that further in 2017 we could see the pound hitting the same value as the euro.

According to the Sun, analysts have advised towards this possible plunge due to the general election, which resulted in a hung parliament, and the closing on the Brexit deadline.

Holidaymakers that are worried about the potential currency volatility ahead are being told to buy half their currency now and half closer to their break, as the pound could even break below the euro.

Finance Monthly has heard Your Thoughts on the possibility of a British value parity with the euro and included a few of your comments below.

The prospect of the GBP/EUR exchange rate reaching parity or 1 GBP = 1 EUR has been raised many times over the course of recent events, before and after the Referendum vote. Throughout 2017 analysts have been split as to which direction rates will take, I believe there are two key features which explain why we are here and which will ultimately shape the likelihood of it being achieved.

Parity was almost reached in December 2008 when GBP/EUR hit 1.0227, since then the July 2015 high of 1.4345 had seemed to indicate such lower levels were confined to history. However, since 2016 and the result of the EU Referendum, politics has become the big driver on Sterling. Political concerns too have reached Europe and the failure of Le Pen and Gert Wilders to win any victory has seen the Euro strengthen. There is a German election in September and potentially an Italian vote too to be called in September, but, for now it seems the Euro has survived and this has helped it gain against the politically scarred Pound.

Economic data is the second factor and here too we see the Eurozone outshining the UK growing 0.5% in Q1 2017 against the 0.2% for the UK. Divergence in monetary policy is also key as the UK and the Bank of England could potentially raise interest rates to combat rising Inflation, threatening consumer spending and lowering GDP. Meanwhile the European Central Bank are looking to withdraw stimulus and maybe raise interest rates in the future, helping to further boost the positive sentiments towards the Euro.

Ultimately the prospect of parity is not going away and the outcome of the UK election is vital to determining how likely, as it effects who is on the UK side of negotiations with the EU and how strong their mandate is.

We are only 2 months into the Article 50 window and just coming up to the one year anniversary of the vote on the 23rd June. We have in the grand scheme of history just begun on this path and looking at what is ahead the prospect of parity for GBP/EUR this year remains a very real possibility.

Ahead of the election, some analysts warned that the value of sterling will reach just £1 to €1. The political uncertainty following the election hasn’t eased the short-term risks to the Pound. However, I would argue that this result will, in the long term, be good news for sterling.

What I believe we will see next, as the Conservatives are forced to form a coalition with the DUP, is that Theresa May’s plan for a ‘hard Brexit’ will be diluted, if not taken off the table entirely. Since the vote to leave the European Union last year, the currency market has, on the whole, not responded well to the dialogue around a “Hard Brexit” and with the influence of a more liberal party in a new coalition government, the idea of a ‘softer’ Brexit will provide support to the Pound and we will see a period of strength.

The significant losses that the SNP has seen will also reduce the chances of a second Scottish independence referendum. While the notion of another Scottish referendum hasn’t done irreparable damage to the pound, taking it off the table at least for the foreseeable future will certainly give the Pound an extra boost.

If the political events of the last two years have shown us anything, it is that situations that are improbable are certainly not impossible. Sterling/euro – or even sterling/dollar – parity is not out of the question. Whether you are an importer or exporter of goods or currency, CFOs across the country would rather the whole thing settled down and we had some certainty; but that’s unlikely. So what can you do?

Being in the FMCG market, JML’s short-term retail price is fixed, and it takes a good year to adjust prices. Just look at the large drop in sterling, post Brexit; it is only now that the inflation effect is really starting to trickle through to business and consumers. So, as a CFO with no concrete forecast on what will happen with the rates, you must try to minimise the impact any movement has on your pricing and margin strategy.

As a net importer, UK businesses and especially retailers are always susceptible to falls in rate, pushing up our costs, reducing margins, or lowering volumes. In some ways, the best strategy any business can have to manage exchange risks is to sell to other parts of the world – it’s a natural hedge. But, it is not that simple, because margins in each country are important and you can’t always point to your exchange gains when discussing gross profits with your invoice discount provider.

For retailers, the key is to not overstretch yourself if hedging on currency movement. Regularly and accurately forecasting your business performance is key to achieving this. It’s impossible to know exactly what your currency requirements are in 12 months’ time, but you know you will have some. You might win and lose on currency movements along the way but by slowly building your hedged positions you will have minimised the risks and helped the business achieve its margin along the way.