ONS figures show that the typical home in the UK cost £220,100 in April, with a rise of £3,500 on the previous month. This equates to a £12,000 increase from the same month a year ago, the Office for National Statistics (ONS) says, despite banks and lenders reporting a stagnant property market period. This does […] 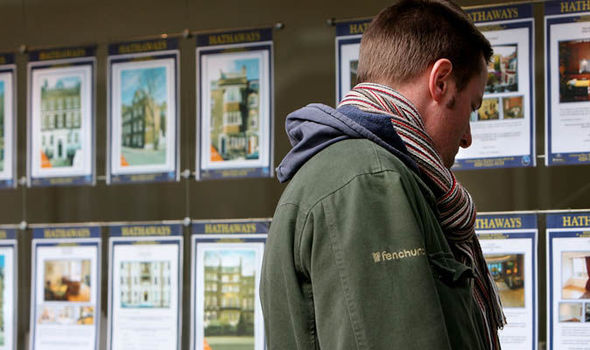 This equates to a £12,000 increase from the same month a year ago, the Office for National Statistics (ONS) says, despite banks and lenders reporting a stagnant property market period.

This does however oppose figures from Nationwide Building Society and Halifax Bank, which have proved a stalling housing market over the past few months.

This week Finance Monthly has heard Your Thoughts on the housing market and gathered some insight from the experts below.

House prices have been galloping upwards for the past five years, but it seems that softening demand might be starting to rein-in the pace of that growth. Mortgage approvals fell once again in April, reflecting falling consumer confidence that will hardly have been helped by the election outcome.

Until we get some clarity around how the political landscape will unfold, it is difficult to envisage a material change in consumer confidence, so we should expect the pattern of reducing house price growth to continue.  Falling real incomes will remain a challenge for affordability although we should expect to see mortgage rates remaining at record lows for some time to come and this will no doubt support a core level of demand and ensure a modest level of house price growth in the medium term.

Whist housing sales are reported to have dropped by 19% across the UK since this time last year, there remains an overwhelming sentiment that we remain in a sellers’ market.  House prices remain incredibly resilient despite of Brexit uncertainty and the stamp duty levy introduced in April 2016. This has led to a substantial increase in the cost of an average house in the UK putting further pressure on first time buyers and next time movers. However, it is not all doom and gloom.

The number of mortgages that require just a 5% deposit have increased by 14% over the last 12 months and there are now 287 mortgage products available to these borrowers with minimal deposit. With increased competition amongst lenders, interest rates for younger borrowers are starting to fall, so in spite of an increase in house prices, the actual cost of funding a mortgage hasn’t increased proportionally, thanks to the drop in mortgage rates. This doesn’t however help young borrowers when it comes to saving a deposit and more should be done to assist young borrowers onto the property ladder.

If you listen to media coverage, believe everything you read in the papers and listen to some local estate agents, you could be fooled into thinking that the housing market is in the doldrums and there seems to be surprise that house prices have risen fairly dramatically over the last 24 months.

However, if you are in the housing sector or scratch under the surface, you will quickly realise that the lack of good property inventory coming to the market in the right numbers has created a huge supply and demand problem, creating a situation of more buyers than property and ultimately, pushing house prices upwards.

The simple facts remain, if you put your house on the market with the wrong agent, at the wrong price the property will remain on the market for weeks, if not months, creating the false impression of a stagnant market place.

Should you decide to employ the services of an agent with a proven track record in selling property in your area and price your home correctly, then a sale can be achieved in a reasonable timescale, some properties are still selling within days and before reaching the internet.

There is always a period of reflection before and after events like the recent election but we envisage the market will continue in the same vein for the foreseeable future, so if you are thinking of selling, chose your agent wisely as they really can make the difference to the price you achieve for your property and in some cases, whether your property sells at all.

Despite stories of a recent cooling in the UK property market the longer-term trend for U.K. Property prices is rosier. As the typical house price has increased by £12,000 in a year (ONS) it is clear that a lack of supply and continued population increases are still pushing prices higher.

As 2017 has developed it has become clear that a 2-step market has materialised as a result of government policy.

Coming off the back of seeds that were Sewn in 2016 when the government increased stamp duty on more expensive and buy to let properties sales of these types of properties have stalled. Many properties over £937k (on which stamp duty has increased with some now attracting 12%) are now sitting on the market and sellers are having to reduce the prices by up to 20% to get a sale. As interest rates are low however many are choosing to just sit on them hoping for a buyer to come along making this part of the market “gummed up”.

At the same time big incentives for first time buyers through the help to buy scheme coupled with low interest rates is fuelling demand from those looking to get on the first rung of the ladder. Small new build houses and flats are selling well because of this and have provided support to the lower end of the market. As these types of purchases are making up an increasing large proportion of sales they are contributing increasingly to transaction volumes which have faltered in many other parts of the market.

We expect once Britain’s place in Europe becomes clearer and uncertainty around a lack of government majority subsides the market will grow around 5% per annum overall once again.

Understandably, people casting an eye over the UK property market in recent months would be forgiven for being somewhat confused. Conflicting news stories are released on what seems like a daily basis. The difficulties start when we all compare house prices around the UK. When you look at a regional level, many parts of the north of England are still showing steady growth – Rightmove reported in their June 2017 House Price Index a 3% annual price change in Yorkshire and the Humber, compared with a 1.8% increase in the South East and an overall decline in London of -1.4%.

Here at Hatched, we cover the whole of England and Wales and we’ve seen recent figures more comparative with the banks and building societies, rather than many of the ONS. For year-on-year activity to the end of May, we’ve seen a 18.5% increase in viewings booked, a 27.4% increase in the number of offers made and our average house price at point of sale-agreed is up 3% to £271,632.

Our number of house completions is up by 19.7% for the same period, with the average house price of those completions being £236,801 in 2016. Interestingly our average sale-agreed price in the same time period this year is £271,632, an increase of nearly 15%.

In June, we’ve continued to see a steady stream of viewing requests, in-line with the year so far. Ultimately if a property is priced correctly, presented in the best way possible and shown to as many buyers as possible, the best price for the client will be achieved more often than not.

Is a Four-Day Workweek Viable in the Finance Sector?

The Rise of Holiday Homes vs. Buy-to-Let Mortgages