Sopra Banking Software uncover why it is that men still dominate senior positions in Tech and why men are out-earning women, even in equal positions. The UK gender pay gap won’t close until 2069 unless measures are taken to combat it now. That’s another 53 years that women will continue to pay a higher price […] 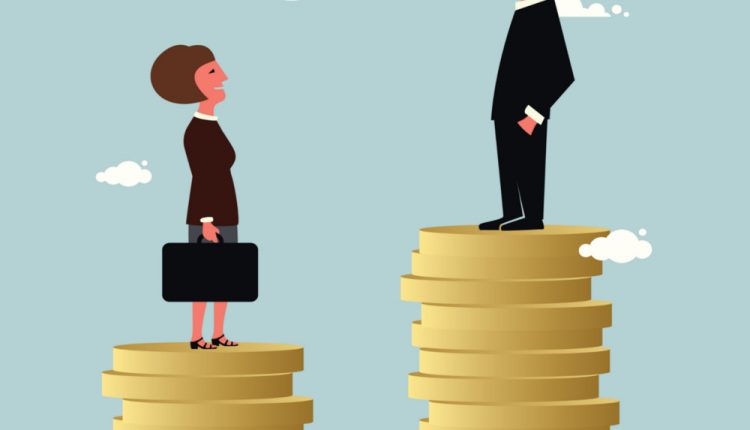 Sopra Banking Software uncover why it is that men still dominate senior positions in Tech and why men are out-earning women, even in equal positions.

The UK gender pay gap won’t close until 2069 unless measures are taken to combat it now. That’s another 53 years that women will continue to pay a higher price for being female.

A study by McKinsey Global Institute found that in an ideal scenario, where female roles are identical to those of men, “as much as $28 trillion, or 26%, could be added to the global annual GDP by 2025.”

Gender Disparity in the Workplace

Laura Parsons, Senior Manager at Deloitte, shares these findings: Last year, girls outperformed boys in every science, technology, engineering and mathematics subject, and even though innumerable top-paid jobs demand capabilities in STEM subjects – 70% of women in the UK with a STEM qualification aren’t working in compatible fields.

What is it that pushes women out of these industries, and how do we secure them from entry level to senior positions, and offer support in pursuit of entrepreneurial ventures?

Unsurprisingly, McKinsey Global Institute found that 38% of women in the technology field feel that gender discrimination staggers growth and chances for progressing their career in the future. 60% of these women attribute not wanting to be a top executive to excessive stress and pressure. Of all the fields researched, these figures were among the highest.

Melissa North, head of human resources at Sopra Banking, shares: “Businesses are not taking adequate measures to ensure women feel they have the reassurance to pursue a work-life balance, including starting a family – and therefore women don’t succeed long term. Feeling like they must compromise having a family to have a career is one of the leading reasons women don’t stick around to get moved into leadership roles.”

Pip Wilson, entrepreneur, investor, and co-founder of amicableapps, adds: “Ultimately, the thing that will completely level the playing field is an even split between men and women in childcare.”

As a parent, Pip Wilson shared the domestic workload with her husband to be able to focus on the success of her business ventures. This often meant her husband would stay home while she worked, and vice versa.

Something as simple as employers providing or supporting childcare initiatives for employees could prove to be one of the most important incentives for females in the workplace.

Tech: A Growing Sector for Women

Entrepreneurs and business women, such as Melinda Gates, wife of businessman and philanthropist Bill, see the value of using tech to their advantage: “To me, the tech industry is one of the best places to work right now. If I was working again, I would work in biological science or tech or a combination of both. Every company needs technology, and yet we’re graduating fewer women technologists. That is not good for society. We have to change it”.

Women should view this as the best time to enter the tech market: more people are graduating from tertiary levels than ever before, and women are outperforming men in STEM subjects.

As businesses become aware of what this lack of gender representation means for their overall success, the more women will become empowered to hold positions they didn’t before.

It’s tough to identify whether the gender bias is due to subconscious views during the recruitment process, or from the ongoing cycle that sees women receiving lower pay and fewer promotions, thus resulting in women keeping themselves placed below men through these continuous actions. The social constructs for gender roles will take time to be broken down.

There is good news for women, however. Studies show that those who ask for the same salary as men, in the same role, tend to get offers in line with what they are asking.

Take gaming for example: Women make up only 22% of game developers, yet represent 50% of the people who play video games.

As a business woman and consumer, Pip Wilson believes that people inside your company need to reflect the people you’re trying to serve.

Businesses need to recognise the responsibility they have to women and gender equality in the workplace, but also the possible benefits that come with hiring from a larger pool of talent, that includes women:

Once a culture of diversity has been adopted and is naturally functioning, there will be a good discrimination in place – one that filters and keeps only the best for the job, regardless of gender.

How Companies Can Address the Gender Disparity:

Melissa North, Head of HR at Sopra Banking Software adds that networking is important, “Having a belief and not doubting yourself is important as a woman climbing the business ladder as well as making yourself visible to other women in the industry and talking about your struggles. Not chasing your dreams of going into a new field because of commitments attached to gender shouldn’t hold you back.”

Tips for Women in Tech:

Talk to others: Fight the temptation to ‘do it yourself’, and get help and advice from wherever you can

Find mentors and those who have been in your shoes before: male or female

Use tech to your advantage: A study done by Accenture details how mobile tech has made it easier than ever to balance work and home life. Exploit the connectedness, making use of mobile apps and cloud services. A successful business no longer requires a 9-to-5 in an office

Have confidence and trusting your abilities: Many women tend to believe they fall short in the skills needed to thrive in business. A lack of confidence means avoiding intimidating tasks or new disciplines, more so than some men, who are more likely to try

At a time when the tech industry and business overall is dominated by males, women should take this opportunity to get a head start in whatever they want to achieve, using the various tools available in a changing world. Businesses should recognise this as an opportunity to empower women, and to attract the best new talent, regardless of gender – as it’s crucial to growth.

Who Will Defend Our Digital Twin?