Here’s Why Fake News is Killing the Economy

As falsified information spreads, more people tend to believe it, and sooner or later, it’s the common knowledge and understanding. This in turn affects how we see and think, about what we buy and what we invest in, where we place our vote and how we want Brexit to turn out. But what if we’re […] 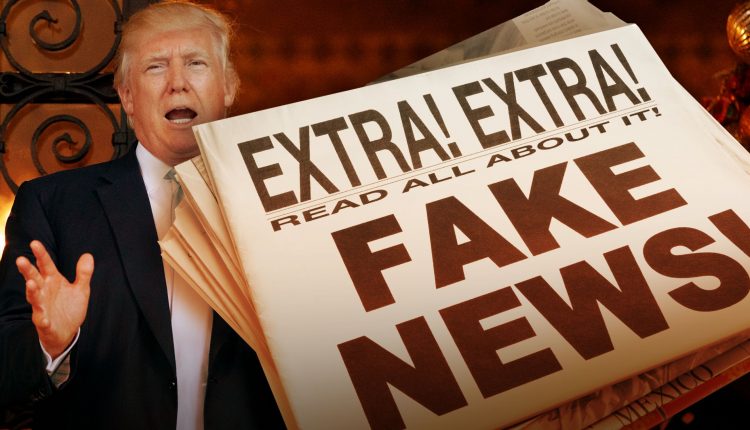 As falsified information spreads, more people tend to believe it, and sooner or later, it’s the common knowledge and understanding. This in turn affects how we see and think, about what we buy and what we invest in, where we place our vote and how we want Brexit to turn out. But what if we’re just causing unnecessary damage in the long run?

Fake news, news with zero credibility, isn’t new. But it’s re-emerged as a monster during the past few years. So much so that world leaders are falsifying commentary which they believe to be true. What’s worse, it’s sneaked into our everyday lives with such subtlety most people don’t know it’s there. Adverts published by media outlets and social networks warn everyone to watch out for fake news, but when the mediums themselves are used to facilitate misleading information, things start to get confusing.

When it’s used to infiltrate a country’s political and economic structure, it’s what Bath University’s professor of sociology explains as, “An extraordinary scandal that this should be anywhere near a democracy.”

Most intelligent of people associate the word fake with something either false; fictionalised or to be untrue. In short, a lie. Propaganda, fake news, misinformation – is there any real difference?

You could call the people we trust to run our nation’s experts on creating, aggregating and perpetuating fake news, their lies published for all to read. Like teenagers, they use things like social media to smear the opposition. If it wasn’t so serious it would be funny. It’s caused more than a ripple in American politics, with obvious ramifications on its economy.

False claims, politics and the economy

The Leave campaign [for the EU referendum] spurred a dangerous political game by promoting several misguided financial promises. The most protruding were the campaigns claiming that EU was costing the UK £350 million a week, and “separating” meant the money saved would be spent on the NHS. However, In March, shortly after the referendum results were announced, the agenda involving the pledge forgotten about. Earlier this year Teresa May admitted that the money pledged to the NHS would not happen.

The Telegraph reported that in 2015, the UK paid the EU £250 million a week, £100 million less than what was claimed by the Leave campaign.

Perhaps then, false claims, which certainly contributed to the win, were seen as good enough to use again to conclude the outcome of the snap general election – Teresa May has recently been accused of shaking the ‘magic money tree’ after her £1 billion deal with the Democratic Unionist Party (DUP). After May’s U-turn on social care pledges and the money she told the NHS, she doesn’t have, the nation is left wondering whether any of the financial pledges she has made in her manifesto will suffice.

May has accused the Financial Times, the Mail on Sunday and Jeremy Corbyn of creating fake news about her manifesto. Perhaps, it’s something unconsciously picked up from President Trump. After all, he has reprimanded most of the World’s press, saying they all report fake news about him and his administration. The BBC got a special mention. It turns out, President Trump knows a thing or two about how influential digital information is, and how to use it. CMC Markets said, “For all the new President’s promises that a plan is on its way he continues to devote his energies at depicting the press as purveyors of “fake news”. If he devoted anywhere as much energy towards his new fiscal plans as he does in portraying himself as a victim there would in all probability be a lot less uncertainty around the prospects of the global economy than there currently is at the moment.”

Sometimes news is purely and intentionally fake. Click bait headlines to grab attention, generate traffic, and earn thousands in advertisement revenue. This kind of news can get so much traffic it trends, is picked up by major media outlets and then relayed as real news. How does that happen?

Buzzfeed’s Craig Silverman said, “A largely credible outlet might see it and quickly write something up…The incentive is towards producing more and checking less.” If an enemy relies on weaknesses, unchecked content is payday.

“Checking less” certainly happens with editorial staff as breaking stories mean traffic and revenue. Southend News Network, run by Simon Harris, experienced this when a story published on yourbrexit.co.uk, a website connected to SNN, published a headline that said Jeremy Corbyn and Labour were happy to foot a £92 billion Brexit bill, after thousands of social media shares and even the likes of The Standard running the story, it emerged that Corbyn did not say anything of the sort and his words were taken out of context. Harris said he didn’t have time to fact check everything, so begs the question: in a world where we fight for information, whose responsibility is it?

Has Brexit and the false news ripple in the American system infiltrated UK politics, finances, and the overall economy?

Brexit certainly prompted politically-false financial claims and pledges, but also brought to the forefront the problems within the system. The truth is, financial markets have long been affected by the scandal known as fake news.

Andrew Clare, a professor at London’s Cass Business School, warned the Financial Times back in 2012 about how fake news can skew investor decisions. The consequences are clear: “These stories ultimately lead to losses for investors once the truth is uncovered.”

Clare’s comments were in response to an author who was paid to write about ImmunoCellular Therapeutics and their development of an experimental cancer treatment. The article was published on Seeking Alpha, a respected go-to website for serious investors. Upon the article being released, share prices of the pharmaceutical company shot up from $42.8 to $155.2. After a clinical update on the cancer treatment, the share price dropped to an all-time low. Not only impacting investors but also a thriving economy.

Here is where things get complicated, fake news and false claims isn’t a harmless, satirical concept. It’s more than hoaxing celebrity deaths and whatever sells glossy magazines and advertising; tweaking information from a grain of its truth and using it to influence people’s decisions is otherwise known as propaganda. Spreading misinformation (to instill fear and gain power) infuses the divide and conquer and mindset. Nations divided over financial and political ideals and the belief of said information.

Author: Ron Short began his career as a portfolio manager working with FTSE 250 companies in the UK. He now lives in Spain, where he enjoys a career in financial writing.