In the eyes of multinational financial institutions, fintech innovators have moved from game-changing competitors to crucial allies. Ben Butler, Corporate Partner at national law firm Bond Dickinson gives Finance Monthly a rundown of the current progress between financial services, banks and fintech start-ups. Customer demands and developments in technology have forced banks to think and act […] 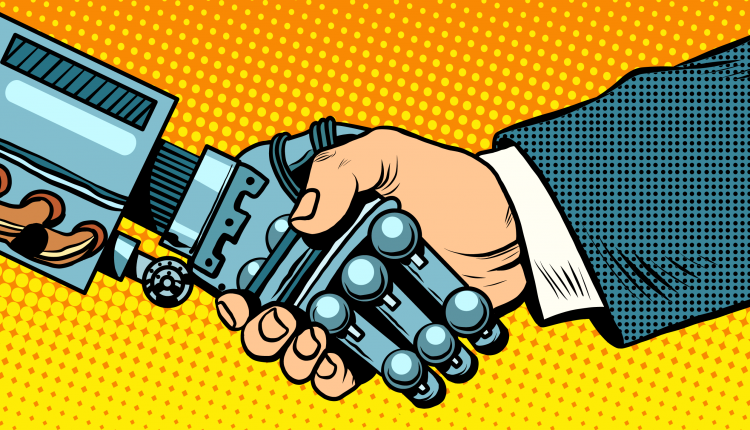 Customer demands and developments in technology have forced banks to think and act in a new way. In an industry in flux, the benefits for small and large companies of collaboration and building on each other’s strengths are clear.

The difference between well-established financial organisations and their start-up counterparts in many ways couldn’t be starker. The former can struggle to be agile, weighed down by processes and legacy – but they are often bolstered by their size, brand recognition and access to finance. All of which is in much shorter supply for small fintech companies: designed to be nimble, with digital talent at their core, they are at the same time constrained by their youthfulness in the market.

In a period of change and disruption, fintech startups are now key players in the digital transformation strategies of the established giants – and the most innovative amongst them can prove to be valuable partners.

Our new economic study Close Encounters: The power of collaborative innovation found that large financial companies took part in 1,864 such deals with UK SMEs in the last four financial years. £31bn is known to have been invested in these deals between the 2013/14 and 2016/17 tax years. The financial services industry is far ahead of any other sector in the UK.

But what are the five key areas organisations should consider and discuss frankly when entering into such deals?

Beyond the fair arrangement on the financial settlement, it is important to think practically about how differing motivations might play out as the relationship develops. Is one side looking for a quick result, with the other more focused on the long-term benefits of the partnership? Or could it be a defensive move on the part of the larger player in an attempt to remove the product from the hands of competitors – in which case the future may not look so exciting for the SME?

The nature of such deals means that the players in the small organisation will inevitably be focused on making the most from their distinct offering, while the corporate will instead have an eye on delivering against the investment. The most successful alliances nevertheless bring two organisations together that are aiming for a shared outcome, and motivated by the desire for continued innovation.

Corporates often struggle to marry the objective of maintaining process-driven behaviours while still encouraging innovative thinking. Working together with a more agile SME might create a greater strain on this, and both parties need to carefully consider what this balance will look like in the new partnership.

The smaller partner will also need to be sure they can cope with the tighter controls that might be demanded of them, and the stricter processes that will likely come from working within a more established structure. Founders are often key for deals, but they should know what their exit route options are, should they find themselves in a less dynamic and rewarding environment.

In the wake of the financial crisis, maintaining trust is front and centre of mind for organisations when looking to maintain a positive brand. So it is perhaps unsurprising that one of the biggest concerns arising from such deals is the reputational threats they may bring with them. Both parties need to be upfront from the beginning about a potential need for conformity and a possible loss of independence for the SME as a result.

Attitude to risk can also differ greatly for start-ups, and this can sometimes be incompatible with the compliance restrictions faced by large organisations. Understanding these challenges, some small organisations choose to go through regulation in advance of approaching the banks.

At times, objectives can conflict when it comes to optimising tax: the corporate may qualify for Research and Development tax relief from the deal, while the SME shareholders may each be entitled to Entrepreneurs’ Relief. In these circumstances, it can be in the interests of the corporate to secure more equity; yet those in the SME may want to hold on to a large enough stake so that they are eligible as individuals for the other scheme. This can be extra challenging when there are lots of shareholders, as the equity has to be spread more thinly.

Our research highlighted the popularity of minority stake purchases, which accounted for 75% of deals in the industry – three times as many mergers and acquisitions (25%). This may reflect the challenges that can arise from M&As which involve fully integrating systems and processes. Or it may be a sign that financial services firms are becoming savvy to the short-term exit strategies that seem to be ‘of the moment’, and that they are looking for something new – such as the recent trend towards selling rather than listing.  For corporates looking to purchase future value as well as intellectual property, a full acquisition is a less attractive option as a long-term innovation strategy.

However, minority stake purchases won’t always be a suitable answer for the smaller party. To get around such opposing interests, entrepreneurs might want to ensure the earn out is structured around the long-term prospects of the organisation and the future leadership, or perhaps around innovation goals rather than revenue generation.