Millennials Will Reach 70 Before They Achieve Financial Freedom

The time of true financial freedom has likely already arrived for those born on or before 1st September 1953 (Baby Boomers), but the future is not looking so bright for the Millennial generation (born between the early 80s up to 00s), who will face a more expensive and far longer financial struggle – according to […] 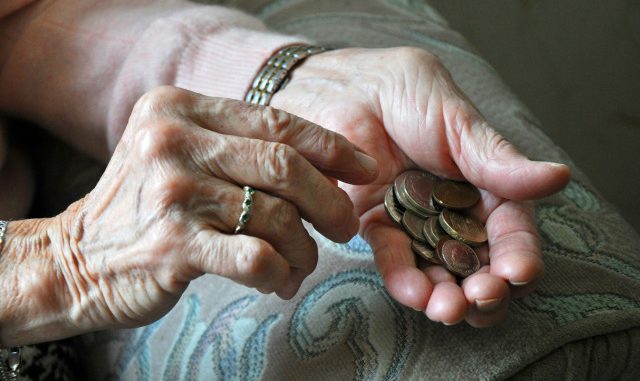 The time of true financial freedom has likely already arrived for those born on or before 1st September 1953 (Baby Boomers), but the future is not looking so bright for the Millennial generation (born between the early 80s up to 00s), who will face a more expensive and far longer financial struggle – according to a new study.

The study, which was carried out by retirement finance specialists Age Partnership, set out to find the true age of ‘financial freedom’ for the Millennial generation – with some interesting stats uncovered along the way.

Millennials (otherwise known as Generation Y) who began work at 21 and spend their younger years saving for a deposit, do not take out a mortgage until they reach an average age of 30. And to make matters worse, once they have a mortgage they will then spend 50% of their entire monthly income on bills!

Those born between 1940 and 1964 usually took out their first mortgage at the age of 22, with houses at the time costing around £4,975 at the start of the 1970s.  According to the study, mortgages taken out by Baby Boomers typically took 33 years to pay off.

This is a huge difference to Generation Y, who battle housing costs of upwards of £220,000 on average, and who do not take out a mortgage until the age of 30. It may sound like the Baby Boomer generation had it easy when buying a home, but they were faced with fluctuating high mortgage interest rates of up to 16%, whilst Millennials are currently enjoying lows of around 4%.

Research also showed the average age of a first-time mum in 1980 was 23.5 years old, compared to Millennials who are waiting until they reach on average 28.6. The cost of raising a child who reached adulthood in 2003 was £140,398, whilst the starting costs for Millennials having children in 2013 begins at £222,458 taking into account factors such as childcare, holidays, hobbies and food, and we are yet to see how the economy will shape the true amount spent once these children reach age 21 in 2034.

By the time parents reached 51 and a half, most Baby Boomers offspring had moved out and become financially independent. This compares to the age of 58.6 for Millennials parents, as it is predicted that their children will be living at home until the age of 30 (at least), further increasing the cost of having children for Millennials, from an already hefty 25.2% of lifetime income.

Age Partnership’s study revealed that the general age of retirement for Baby Boomers was 59.6 years old, but unfortunately Millennials won’t be retiring until the age of 68. Not only that, but Generation Y also incur an additional cost of travelling for work, which can add up to a grand total of £90,826 over their entire working life.

All of this combined means that the Millennial generation will have paid off their mortgage, finished shelling out for their children, and finally retired, just one week before they reach the ripe old age of 70 – if they’re lucky! Meaning 70 is the age of financial freedom for the Millennials.

Tim Loy, chief executive at Age Partnership, commented: “Retirement can be an opportunity to live the way you have dreamed about all your working life, whether that be taking up an interesting hobby, or travelling the world. Juggling finances as we come across necessary obstacles in our lives can be challenging, which is why it’s important for people to have access to information which will help them to make informed decisions about their future.

“Having a good idea of when you will be financially free can help you to enjoy your retirement to the fullest, getting the best quality from life, which is exactly what we aim for when helping our customers.”