The Three Tours Challenge (3TC) sees wealth manager, James Maltin, complete the Tour de France, the Giro d’Italia, and the Vuelta a España in just 63 days of cycling. Only 39 professional athletes have ever completed all three of the Grand Tours in a single year. Lead by former international footballer, Geoff Thomas, James, and […] 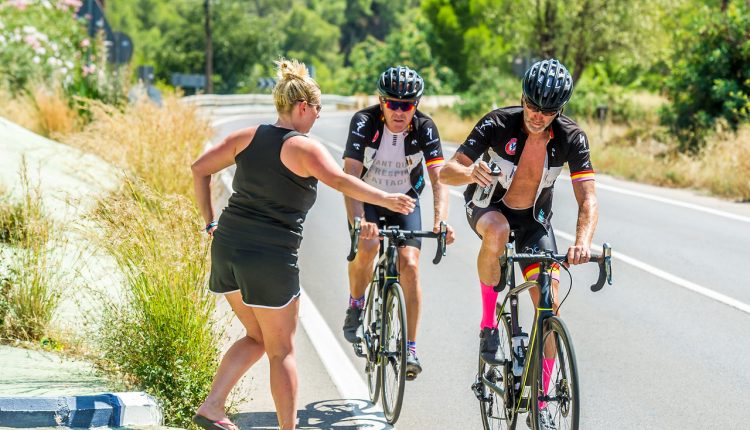 The Three Tours Challenge (3TC) sees wealth manager, James Maltin, complete the Tour de France, the Giro d’Italia, and the Vuelta a España in just 63 days of cycling. Only 39 professional athletes have ever completed all three of the Grand Tours in a single year.

Cure Leukaemia offer access to pioneering clinical trials not yet available through the NHS. 3TC are helping to raise £1m needed to fund the expansion of the world-leading Centre for Clinical Haematology.

Lead by Professor Charlie Craddock, both Cure Leukaemia and the Centre for Clinical Haematology were vital in helping Geoff defeat blood cancer in 2003.

3TC will be the first amateur team to ever complete the three Grand Tours of cycling; travelling a total distance of 10,504km, the equivalent of cycling from Birmingham to Saigon.

Having completed the second stage of 3TC—the Tour de France—James performed an additional remarkable feat, proceeding to cycle, canoe, and run from Paris to London in the Tower2Tower triathlon.

Currently embroiled in the final stage, the Vuelta a España, and baring the strain of temperatures well in excessive of 30C, James, Geoff, and the rest of the team are expected to finish in early September. The Vuelta a España stretches across Spain and parts of Southern France and was established in 1935. British cyclist, Chris Froome, currently leads in the professional event.

If you too would like to support the £1m expansion of Cure Leukaemia’s Centre for Clinical Haematology at Queen Elizabeth Hospital in Birmingham, please find a link to James’ JustGiving page here.

What IPOs Should be on Your Radar for June?