This weekend, Barclays and Cabinet Office-backed security initiative Cyber Security Challenge UK, hosted an immersive competition to test the skills of thirty cyber enthusiasts. The competition required contestants to adopt the role of interns at a fictitious cyber security firm, who had to defend their company from a cyber-attack, triggered by an insider, all while […] 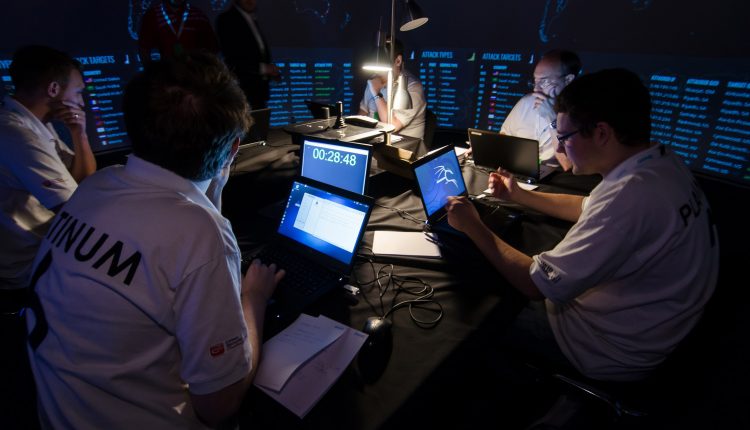 This weekend, Barclays and Cabinet Office-backed security initiative Cyber Security Challenge UK, hosted an immersive competition to test the skills of thirty cyber enthusiasts. The competition required contestants to adopt the role of interns at a fictitious cyber security firm, who had to defend their company from a cyber-attack, triggered by an insider, all while their superiors were on a team-building canoeing adventure.

The competition is the last of 2017’s Cyber Security Challenge UK face-to-face competitions to unearth the UK’s hidden cyber talent and place these individuals in public and private sector cyber security roles to fill the critical cyber security skills gap. Not only does cyber security offer an exciting and varied career, but a lucrative one too – with roles averaging over £60,000 per year after training.

The competition took place in national heritage site and grand country house, Radbroke Hall, which is also the current site of Barclays’ Technology Centre. In the scenario, the ‘interns’, who were staffing a fictitious security firm called ‘Research4U’, had to spring into action after a hacking group launched a large-scale cyber-attack on the company, stealing confidential technology, source code and client data. The story saw hackers demand a ransom of £10m to prevent releasing the data to the press.

Competitors had to infiltrate and stop the fictional hacker group in order to destroy the leaked information before it could be released to the ‘press’. Leading cyber specialists from Barclays and other leading industry organisations assessed the contestants on their vulnerability assessment, reconnaissance, attack strategies and espionage skills in order to rank their performance and suitability for careers in the industry.

The eightcontestants that have qualified for next month’s Masterclass grand finale were: Cameron Howes, Asher Caswell, Tom Brook, Vlad Ellis, Mohammed Rahman, David Young, Rajiv Shah and Isabel Whistlecroft. They will join the previous F2F winners from earlier in the year at Masterclass where they will compete against each other and have the opportunity to network with industry experts, in addition to winning career-enhancing prizes including degree scholarships, training courses, technology and gadgets and industry memberships.

The competition mirrors recent high profile attacks, such as WannaCry, where hackers held organisations to ransom across the globe. With the Public Accounts Committee revealing earlier this year that the Government’s ability to protect Britain from high-level cyber-attacks is undermined by a skills shortage, the need to find individuals with cyber skills has never been greater.

Troels Oerting, Barclays Group Chief Security Officer (CSO) and Group Chief Information Security Officer (CISO) said: “The best way to learn about cyber security is to engage in realistic scenarios, such as the competition that we’ve just hosted. Saturday’s event created a scenario that really tested a candidate’s ability to perform under pressure, think strategically, work as a team and display leadership skills. A career in cyber security requires various skills, including the ability to second-guess hackers and make critical decisions quickly. It was very encouraging to see students so immersed in solving the challenge we set them, and I wish all the candidates the very best in their careers.”

Nigel Harrison, acting Chief Executive of Cyber Security Challenge UK said: “This year’s scenarios have been varied in nature in order to demonstrate the range of cyber threats that this nation faces as well as the sheer breadth of sectors that need cyber security professionals – from banking and finance, to automotive and even retail. Sponsors, like Barclays make this possible and, in turn, help to open the door to dozens more careers. I would like to encourage any budding cyber security specialist, or ‘white hat hackers’, to consider applying for our competitions. The nation faces a growing cyber security threat, so we are in real need of talent that can keep organisations, and the public, secure. Why not Challenge Yourself today?”