Following Monarch Airlines’ recent closure 110,000 passengers were left overseas according to reports. The overall cost of returning these passengers was reported last week at £60 million. In addition, nearly 1,900 jobs were lost as a consequence of Monarch ceasing trade, and the collapse of this 50-year-old airline is the largest ever for a UK […] 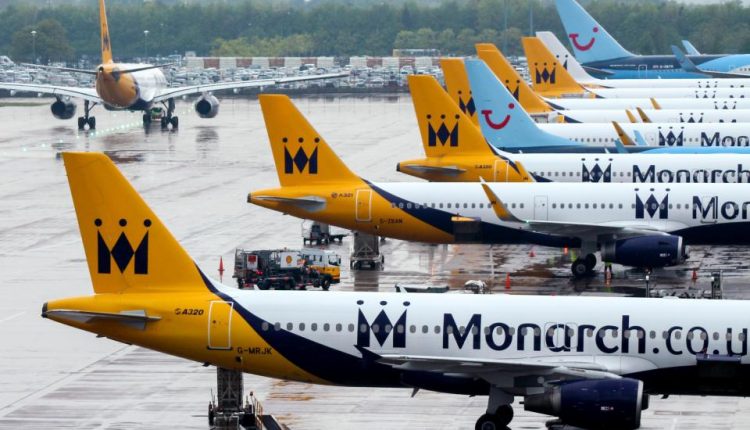 Following Monarch Airlines’ recent closure 110,000 passengers were left overseas according to reports. The overall cost of returning these passengers was reported last week at £60 million. In addition, nearly 1,900 jobs were lost as a consequence of Monarch ceasing trade, and the collapse of this 50-year-old airline is the largest ever for a UK airline.

So why did Monarch drop to administration? Terror attacks in Tunisia and Egypt, increased competition and the weak pound have all been reasons pinned to the airline’s demise.

This week Finance Monthly asked experts in the aviation industry and market analysts about their thoughts on the reasons behind the collapse, and the overall impact this ruin will have on markets, customers, travel and other airlines.

The collapse of Monarch airlines to someone born in the fifties will be a sad day as it was a very popular carrier in the 70’s and 80’s. If you went to Lanzarote you probably used Monarch at some point. With the advance of low cost airlines, the pressure was always on and with paper thin profit margins any business error is punished severely.

As far as customers are concerned if they booked the holiday themselves and paid by credit card they will be covered under section 75 of the Consumer Credit Act. In effect the ‘card’ company is as liable as Monarch provided the flight cost more than £100. If a holiday was booked online through an ATOL registered travel agent they will be protected there too. Typically, you are covered for flight, car hire and hotel accommodation.

So, in the main the bulk of travellers will be compensated. A question I would pose is, what does it say about us as a society when a company such as Ryan Air apparently thrives, whilst Monarch bites the dust. I’m sure there are some who will say that it was a failing airline and an ‘accident waiting to happen’ and there is some truth in that. Personally, I will be sad to say it disappear from the radar.

£60 million for 110,000 rescue flights is a considerable sum of money, and it raises a few questions. At an average cost of £550 per repatriation flight, they are budgeting for an awful lot of complimentary peanuts. I’d guess a lot of free champagne will be served in the boardrooms of the other airlines who have been asked to step into the breach and bring everyone home.

However, there’s a great brand opportunity here for all the ‘rescue’ airlines. A grand gesture at this point, reducing some or even all of the cost, would buy them a lot of brownie points, with passengers, government and the wider tax paying public, and it won’t cost them anything like £60m to do it.

Before the Government (or the airlines) start shelling out, the insurance companies and credit card companies will be asked to bear much of the cost.  Plus, that £60m is the gross cost to the government, therefore net costs to airlines will presumably be considerably cheaper.

Social content opportunities will abound as the ‘rescue flights’ bring folk home and grateful passengers give their thanks. It’s hardly airlifting people from a war zone, but being trapped abroad with no ticket home is still an unsettling experience. My guess is, passengers will be putting their names up in lights as a result.

It will take speed, creative thinking and agility, but making a big gesture now on the costs of this operation will pay dividends to the brands that offer to underwrite the rescue. In a UK airline industry beset by British Airways IT crashes and strikes, Ryanair flight cancellations and now Monarch falling into receivership, there’s a gaping good news void begging for a right-thinking brand to fill it.

Quick someone. Put your hand up first.

Looking at the causes of Monarch’s collapse, there’s a few factors going, not least a change in the markets it serves.  The political instability in many of its key markets, such as Egypt and Tunisia, has mean it had to scale back flights to these destinations and compete more directly with short-haul European carriers, which is a very competitive market.

The exchange rate is another factor that’s impacted airlines. For Monarch, the majority of revenue is generated in pounds whilst the cost of fuel and aircraft leasing is paid out in dollars.  The pound depreciating has impacted Monarch substantially.

Given the pressures in the market, it’s possible other airlines will follow Monarch’s collapse.  This means we’ll be left with a few of the large legacy players, like BA and Lufthansa – who are subsidised by long-haul – and the dominant low-cost leaders, dominating what is a more and more challenging market to operate in.

There’s a lot of movement in low-cost at the moment – mergers and a move towards strategic partnerships.  Traditional low-cost players like Norwegian, are growing very fast adding long-haul and transatlantic into the mix, and developing partnerships with other low-cost carriers. The easyJet and West Jet venture has proved successful, enabling travellers to buy a single ticket that connects a partner carrier to their long-haul flight.  Low-cost players are now breaking into the hub and spoke model which has previously been the domain of the bigger players.

How businesses can manage this

Airlines have had to contend with the decline in consumer loyalty; as the division between traditional players and new entrants closes, so the polarisation of customers has narrowed. With less distinction between propositions, it’s trickier to retain customers, who in turn opt for convenience and cost and are pretty much agnostic to airlines. The onus is now on carriers to build loyalty through enhanced propositions, and expanding revenue growth through add-ons, such as car parking and hotel and transport bookings.

It’s understandable that the fall-out of the Monarch crisis will have made some businesses jittery about how their people travel.  We’d expect to see a short-term uptick in legacy carriers, as companies opt for trusted, dependable options.  We have short memories, though, and pretty quickly, cost will drive people back to low-cost.