Your Thoughts: Your Favourite Moments in 2017 Finance

We’ve seen some huge deals in 2017, from Qualcomm/Broadcom earlier in the year, to Gemalto/Atos in the last few weeks. We also had the 10-year anniversary of the financial crisis and the seating of Donald Trump into power. As part of this week’s Your Thoughts, Finance Monthly reached out to experts far and wide to […] 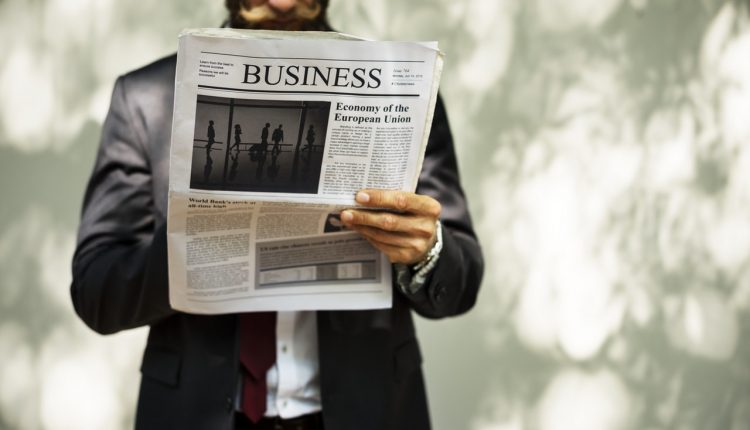 We’ve seen some huge deals in 2017, from Qualcomm/Broadcom earlier in the year, to Gemalto/Atos in the last few weeks. We also had the 10-year anniversary of the financial crisis and the seating of Donald Trump into power.

As part of this week’s Your Thoughts, Finance Monthly reached out to experts far and wide to ask about their favourite moments in this financial year, from the most significant changes in regulation and announcements of further regulatory developments, to highlights of the most impacting acquisitions and mergers in the UK and beyond.

A key 2017 highlight for me surrounded Brexit and came in November at an event organised by the Edinburgh law firm Turcan Connell, which featured an SNP MP and a Conservative MEP. I expected a lively but entrenched debate carried out in a partisan fashion. To my complete surprise, the mood at the event was calm, points were made politely and there was an obvious willingness to compromise. It seems this more constructive spirit foreshadowed that of subsequent UK/EU negotiations given the breakthrough in talks with the EU and the clear indication that all parties, including the EU Commission, wanted to move forward. At the moment, the prospect of a transition period will keep the financial markets and company directors guessing what the final outcome will be. However, it is becoming increasingly clear that a failure to reach a deal will be in the interest of neither of the parties, whose economic viability is so deeply intertwined. I hope the new more constructive mood continues into the New Year.

Another highlight was the Budget. Fears of a radical change to EIS and VCT investing rules were unfounded. The Chancellor did refer to limiting EIS investment that shelters low-risk assets, but he offset this by promising increased EIS limits for investing in knowledge-intensive companies.

Continued support for early-stage businesses is key to what the Chancellor described as Britain’s position at the forefront of a technological revolution. UK SMEs will increase their total economic contribution to £217bn by the end of the decade –up significantly from 2015. In spite of the economic uncertainty around Brexit, British SMEs remain hungry for growth and are generally optimistic about the future. What often holds them back is a lack of funding, particularly through conventional avenues. SMEs often need to raise money quickly to adapt to changing markets or new opportunities, but obtaining bank financing can be a slow and cumbersome process – and that’s where EIS and VCT investors and indeed alternative lenders can help fund the gap. Specific measures announced in the Chancellor’s budget were positive for companies and investors. For now, government policy remains to support innovative companies notwithstanding the pressure to reduce tax breaks and apply funds elsewhere.

The biggest financial story of 2017, in the world of venture capital and technology start-ups and scale-ups, was the European Investment Fund suspending investment in UK VC firms. As an immediate result of the Brexit vote, FinTech lending was the first to suffer, before full suspension of investment into UK VCs. The EIF had been by far the single largest funder of UK venture capital firms and with the options for supply reduced so significantly, not only does this make competition for funding even more intense, the lack of on-the-ground European experience presents yet another challenge to businesses trying to grow to the next stage.

Thankfully, the British Business Bank has moved quickly to help mitigate the EIF’s withdrawal. The £1.5 billion Enterprise Capital Fund programme has got to work to support UK-based start-ups, recognising that the entire market needs to see small firms confident to apply for finance in order to grow. Perhaps the most encouraging indication that British funding is filling the void is the success of Episode 1 Ventures in recently raising £60m for its fund targeted at British early stage start-ups – £36m of this coming from the British Business Bank.

The withdrawal of the EIF shook up the market more than perhaps was covered at the time. Of course for any business to survive and grow, it needs to adapt to a range of situations, yet the sudden absence of European funding was particularly challenging. It is also one that will have long-term ramifications and when the dust settles the European funding market will look very different.

Amazon’s purchase of Whole Foods in August is my most significant financial moment of 2017. The deal was lauded by many industry pundits as a match made in heaven, with Whole Foods’ glowing reputation for offering high-quality goods marrying with Amazon’s unsurpassed track record for fast, efficient logistics – a new retail power couple was born.

The upshot? Aside from a slashing of prices across the board at Whole Foods (many by up to as much as 40%), the deal also meant that Amazon tech like the Echo, Dot, Fire and Kindle products are now available to purchase instore, while Whole Foods products are now available to buy online via Amazon. ‘Try before you buy’ Amazon Pop-Up stores have opened in locations all over the country, and Amazon Lockers have also been introduced instore, allowing customers to pick up packages and drop off returns. The deal has also given rise to rumours around the potential roll out of Amazon concept stores, including cashier-free checkouts, which would allow Amazon to push commerce tech to a new level.

The $13.7 billion megadeal knocked some competitor share prices sideways and boosted Amazon’s – it rose so much on the news that some were saying they’d essentially bought it for nothing. Most importantly, it gave Amazon the physical outlets to develop the future of truly omnichannel retail, particularly within the coveted fresh grocery market (which the ecommerce giant had been preparing to attack for some time).

2017 marked 10 years since the financial crisis, and it’s been a story of reputations – new players trying to forge a new one, and old ones clinging desperately on to theirs.

The world’s big banks took a spectacular fall from grace, the likes of which hadn’t been seen since The Great Depression: after being perceived as trustworthy, powerful corporate behemoths for decades, consumer trust in these institutions was at an all-time low, with many feeling shaken and disillusioned by the lack of ethics displayed by those responsible for the crash.

Meanwhile, a new breed of disruptive, digital-first fintech brand was evolving to challenge the status quo. In 2017 this group of app-based banks have broken the mainstream. Monzo, Starling, Atom and others are now household names, appealing in particular to Millennials who came of age during the crisis years and had the least trust in the financial sector.

Where big institutions once represented trust, newer and nimbler banks have taken their place. Legacy is a dwindling commodity, replaced by convenience and transparency.

What we’re seeing is the next stage on the road to rebuilding consumer trust, but what people want most of all now is a sense that they are in control of their own money, coupled with an ease of use and friendly, authentic communications from their bank – and right now, the challengers are beating the legacy brands to the punch.

This year’s November Budget was my highlight for 2017 as it provided some welcome news for the UK’s thriving Financial Services industry and saw the Chancellor confirm his commitment to maintain the UK‘s leading position in technology and innovation post-Brexit. Although it was anticipated by some that EIS and SEIS investments, were going to be in the Chancellor’s firing line, he instead doubled the EIS investment limits for “knowledge-intensive” companies, demonstrating the Government’s commitment to help UK start-ups. The Chancellor also chose to continue supporting Entrepreneurs’ Relief, which, along with other business-friendly policies, is predicted to support the inflow of billions of pounds worth of investment into growth businesses.

With Britain soon to lose access to the European Investment Fund, it was encouraging to see the Chancellor outline his plans to establish a new dedicated subsidiary of the British Business Bank to become a leading UK-based investor in patient capital across the UK. The new subsidiary will be capitalized with £2.5 billion. and will provide a cushion if negotiations with the EIB and EIF do not encourage then to continue investing in the UK. I hope, as some of it is our money and London is clearly Europe’s centre of social impact investing the EIF will now recommence its activities in the UK.

Finally, another key measure in the Budget was the introduction of a policy that will compel online ecommerce companies, such as eBay and Amazon, to police their own websites, thus helping to stem the £1.2 billion yearly tax loss due to fraudulent sales. I first raised this issue in an Oral question in the Lords some 2 years ago and am delighted to see that the campaign run largely with VatFraud.org and Richard Allen has been successful.

The Autumn Budget was a pivotal moment for the UK’s Financial Services sector and the policies laid out by the Government firmly position it as a friend to business. Not only will these policies help to boost UK businesses in the tech and digital sectors, but it will help enhance the City’s position as a leading global centre for finance and innovation.

PSD2 can revolutionise retail banking, generate further investment into fintech, and drive innovation. We’re focused on increasing partnerships with PSPs and fintech firms, enabling them to secure global reach as a gateway to Asia, so February 2nd, when the UK government confirmed its PSD2 timetable, was a really promising step in the sectors’ quest to level the playing field.”

We would also love to hear more of Your Thoughts on your favourite moments of 2017’s finance world, so feel free to comment below and tell us what you think!