A Brief History of Bitcoin in 10 Years

One of the biggest trade crazes of 2017, Bitcoin and cryptoculture is a young profit-making hobby turned job for many. Now recognized as a serious business through the regulatory backing of governments and large corporations, it’s future is almost certainly one of continued proliferation, but what does its history look like? Below, Finance Monthly hears […] 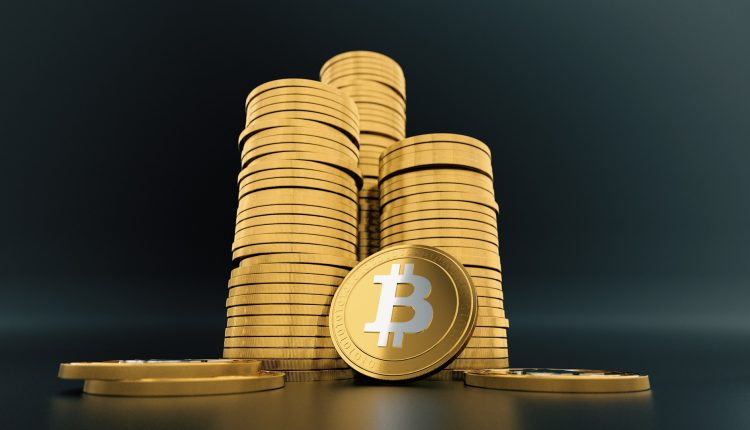 One of the biggest trade crazes of 2017, Bitcoin and cryptoculture is a young profit-making hobby turned job for many. Now recognized as a serious business through the regulatory backing of governments and large corporations, it’s future is almost certainly one of continued proliferation, but what does its history look like? Below, Finance Monthly hears from trusted cryptocurrency expert, Fiona Cincotta, Senior Market Analyst at City Index, on the past 10 years of Bitcoin.

So far Bitcoin has only had a short life. However, the few years that it has been in existence have seen the currency go from almost unknown, to hitting the headlines on a daily basis.

Let’s take a look at a brief history of Bitcoin.

2008 – The Legend of Satoshi Nakamoto

Satoshi Nakamoto, or someone working under that alias, allegedly started the bitcoin concept, or so the legend goes. In 2008, Satoshi Nakamoto published a paper, which outlines the concept of the bitcoin. Most notably this paper addresses the problem of double spending, so as to avoid the currency being copied and spent twice. This was an essential foundation brick, that allowed Bitcoin to expand where other attempts at cryptocurrencies had failed.

This same year Bitcoin.org was born. The domain was registered through a site which permits its users to buy and register domain names anonymously.

If we think back to August 2008, it was just weeks before the collapse of Lehman Brothers and at a time when banks were notorious for behaving as they pleased. Bitcoin was intended as a decentralised alternative, controlled and monitored by market forces rather than banks and governments

Bitcoin software is made available to the public for the first time. The first ever block is mined – it was called Genesis. Mining is the process by which new bitcoins can be created. The transactions are recorded and verified on the blockchain. The first ever Bitcoin transaction occurred between Satoshi and Hal Finney, a developer and cryptographic supporter.

By the end of 2009, the first bitcoin exchange rate is established and published. Bitcoin receives a value like a traditional currency. At this point $1 = 1309 Bitcoin

As global economies continued to recover from the financial crash, the first real world Bitcoin transaction occurred, when a Florida programmer paid 10,000 bitcoins for 2 pizzas worth around $25. Later that year bitcoin was hacked, drawing attention to its principal weaknesses; security. Bitcoin had been trading at around $1, prior to the hack, which then sent the value through the floor. Further bad press this same year, which suggested it could be used to fund terrorist groups did little to increase its popularity.

Bitcoin reaches parity with the dollar for the first time. By June of the same year each bitcoin was worth $31 each, which meant the total market cap reached $206 million. 25% of the projected total of 21 million bitcoins have now been mined. Encrypted currencies in general were starting to catch on around now and alternatives were appearing, such as Litecoin. Each virtual currency tries to improve on the original Bitcoin. Today there are around 1000 cryptocurrencies in circulation.

June of this year saw a major theft of bitcoin take place, from a digital wallet – once again highlighting some of the cryptocurrency’s weaknesses. In the same year, another major security breech saw the value of bitcoin tumble from $17.50 to just $0.01. 2013 also saw the US Financial Crimes Enforcement Network issue the first bitcoin regulation. This would be the start of an ongoing debate as to how best regulate the virtual currency. Bitcoin’s market capitalisation had reached $1 billion.

This year was characterised by growing understanding and desire to regulate bitcoin. Not surprising after the world’s largest bitcoin exchange Mt.Gox suddenly went offline and 850,000 bitcoins were never seen again. Whilst there is still no answer to what happened to those Bitcoins, valued at the time at $450 million, at today’s value those coins would be worth $4.4 billion. The same year US released the Bit License – proposed rules and guidelines for regulating virtual currencies. Microsoft begun accepting payment in Bitcoins.

Bitcoin saw an annual gain of 54%, outperforming all fiat currencies. This was the year that the bitcoin really started to establish itself and provided holders of the currency various ways to generate a return or indeed use the currency. It was seen as a safe haven from traditional assets in a year of Brexit, Trump winning Presidency, the continued rise of ISIS and the refugee crisis in Europe.

The value of bitcoin jumped from $997 to over $19,661 and its popularity has soared exponentially. The currency went mainstream as it became listed on two futures exchanges CBOE and CME. The listing of Bitcoin Future contracts on these exchanges has boosted the legitimacy of bitcoin and made it more widely available. Despite the futures contracts providing ability to short bitcoin, the value of the cryptocurrency hits an all time high.

Finance Monthly also recently heard from Fiona Cincotta, Senior Market Analyst at City Index, on the spread of cryptoculture and the passion for conversion among entrepreneurs globally.

10 Ways To Protect Your Child’s Credit From Fraud